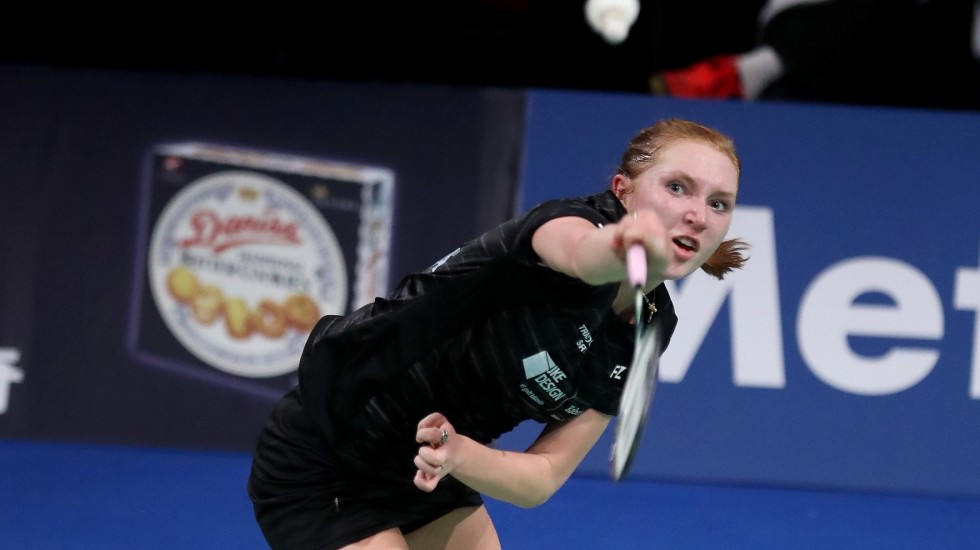 The tournament poster proclaims ‘Meet the Stars’ but Julie Dawall Jakobsen clearly mistook it for ‘Beat the Stars’ – almost causing a massive upset this morning against Olympic champion, Carolina Marin.

Forcing the Spanish superstar into a third game, the gutsy teenager was a point away from a sensational debut in her home tournament, the Yonex Denmark Open.

A handful of spectators inside Odense Sports Park could scarcely believe their eyes when the neon scoreboard showed Jakobsen (featured image) with match point at 21-20 in the decider, having rallied from 17-20 down. However, Marin’s steely pedigree prevailed – 21-13 16-21 24-22 – and badminton’s leading lady survived to fight another day and maintain her poster-girl status at this MetLife BWF World Superseries tournament.

What appeared a routine outing for the 23-year-old top seed in her first match after conquering the Women’s Singles field at Rio 2016 suddenly turned nightmarish as Jakobsen shrugged off early nerves, and the loss of the first game, to lead the second game from start to finish. Another of Marin’s trademark comebacks seemed on the cards as she led 12-8 but Jakobsen was not done and pulled level 12-12 to trigger a riveting see-saw tussle before Marin wriggled free from 16-16 to grab three match points at 20-17 up. 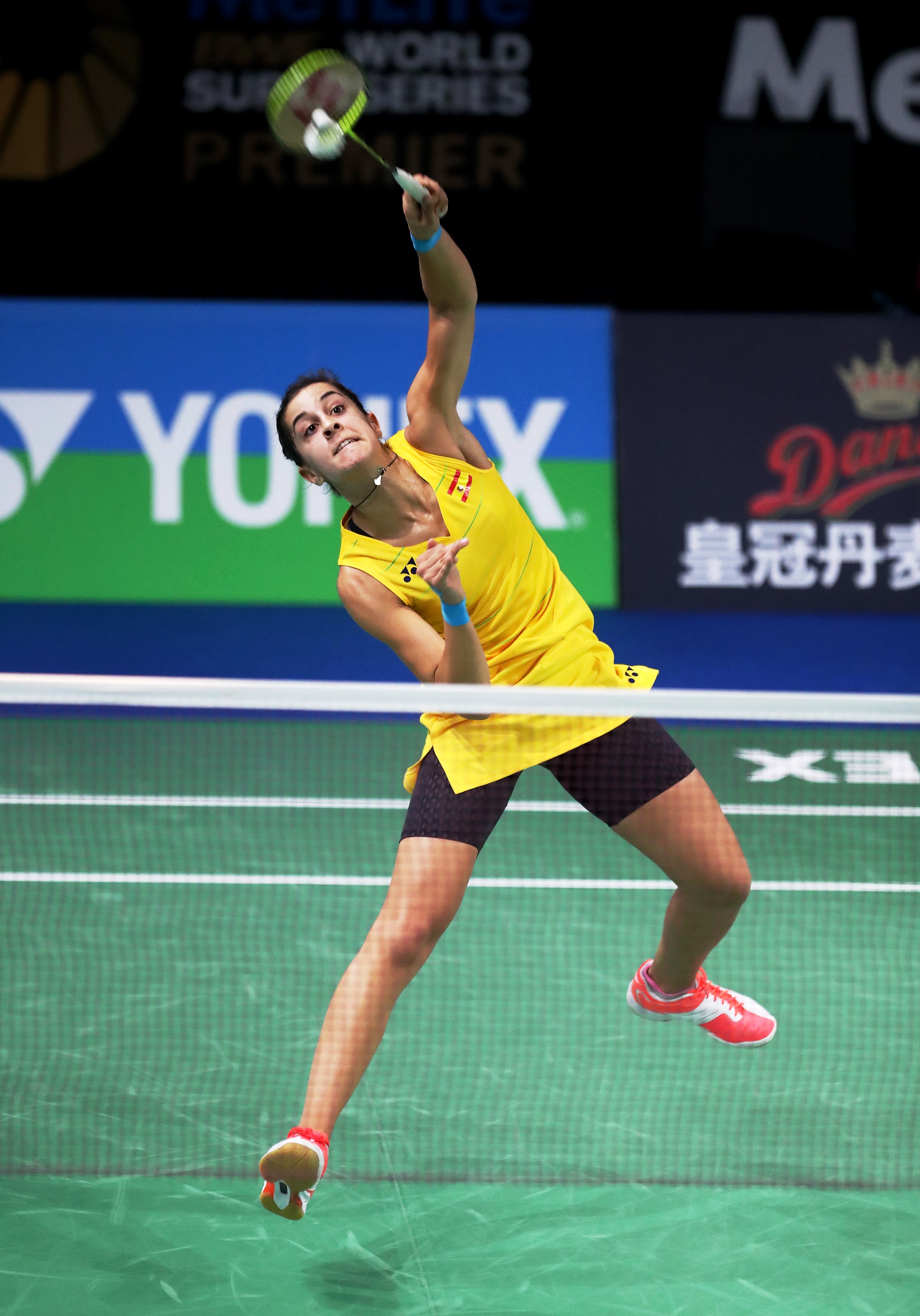 Again, the spirited Jakobsen fought back and was suddenly on the verge of victory only to see the woman whose photo adorns the event branding rise to the challenge.

“It was a great match and a good experience for me. I am a bit frustrated because I felt I could have won,” said a smiling Jakobsen.

“But I am proud of how well I played. I really pushed her. I tried to keep her to the back court because she is very good at net.”

Having come through qualifying rounds yesterday, the 18-year-old said her early nerves settled quickly and she was able to focus on the match, though aware of home fans cheering her.

“I knew all the attention would be on her (Marin) so I relaxed and played my game. It was a big occasion for me; an honour to play her.”

Marin’s coach, Fernando Rivas, later revealed the player fell ill after eating out last night and admitted he thought Jakobsen “would have beaten any other player but Carolina in the same situation”, citing his charge’s mental strength as her winning weapon. 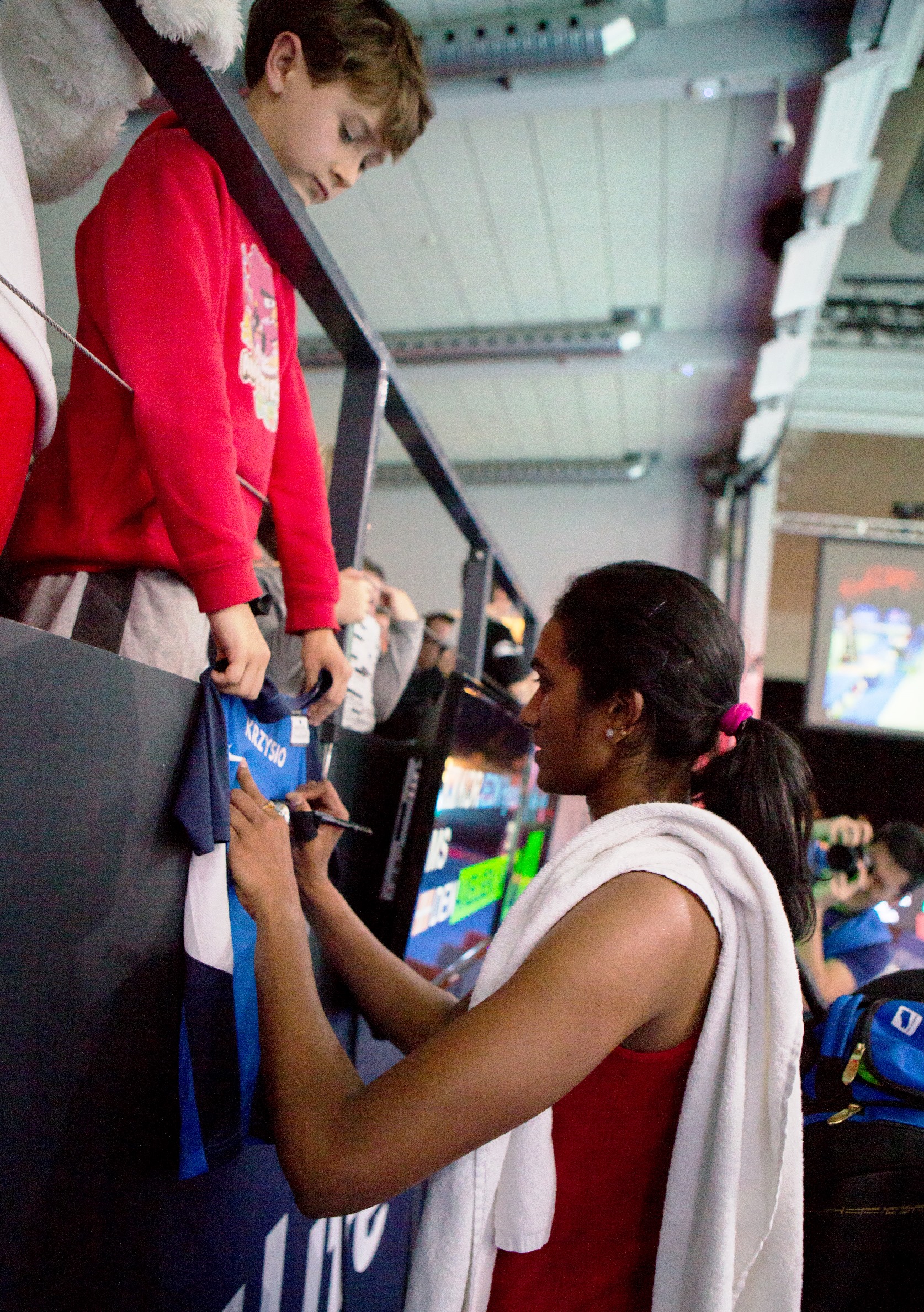 “I didn’t know if I would play. I was really sick. I just fought to the end and tried my best though I couldn’t control my game. I hope I will recover for tomorrow,” said the two-time World champion, joined in the second round by the other women on the Rio 2016 podium, India’s PV Sindhu and Nozomi Okuhara of Japan.

Men’s Singles top seed Lee Chong Wei also averted disaster, coming from behind to beat Hong Kong’s Wei Nan, 16-21 21-19 21-11. However, trailing 11-17 in the second game it looked like the Malaysian would be suffering early birthday blues. As he has done countless times before, the World No.1 – who turns 34 on Friday – found a way out before dominating the third game. Meanwhile, England’s Rajiv Ouseph and HS Prannoy of India put paid to the ambitions of Lee’s compatriots, beating Iskandar Zulkarnain Zainuddin and Chong Wei Feng respectively. France’s Brice Leverdez beat another Malaysian, Zulfadli Zulkiffli (20-22 21-12 21-14). 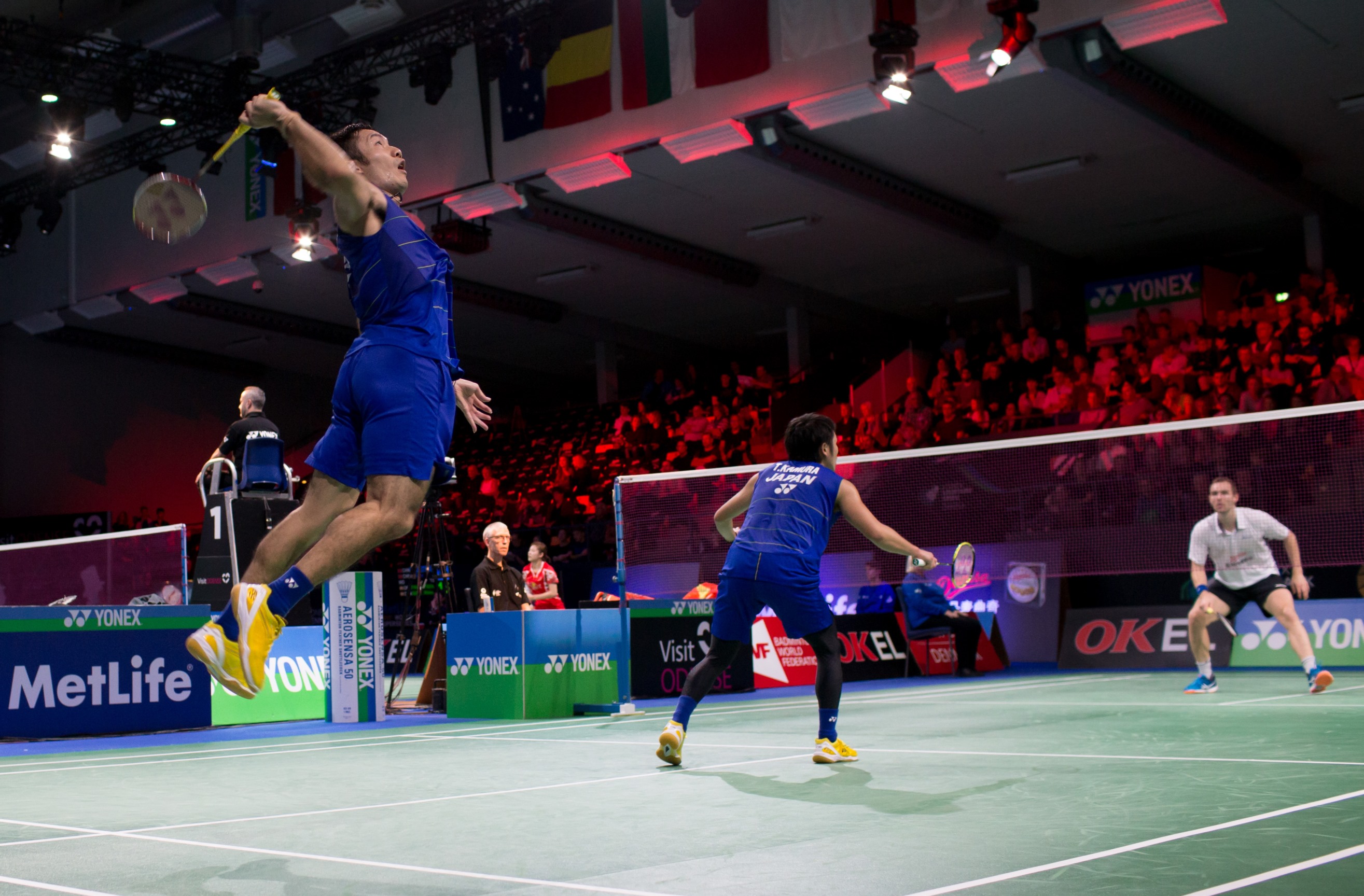