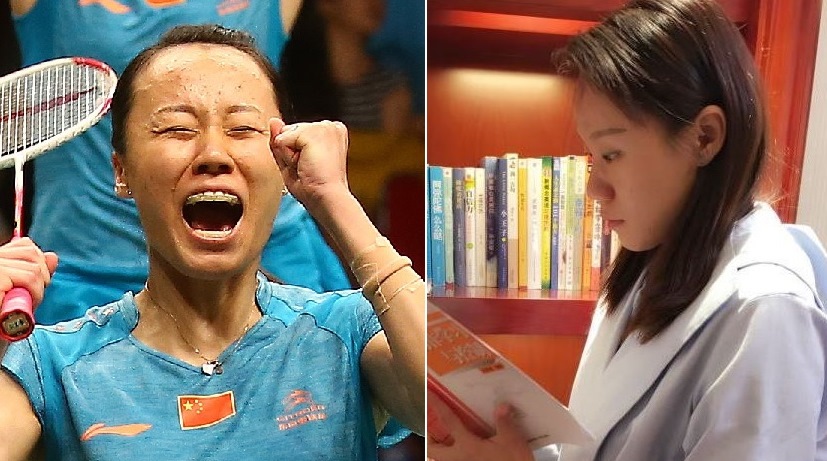 China’s badminton fans will have one last chance to see the legendary Zhao Yunlei in action before she retires permanently.

The five-time World champion intends to represent her province, Hubei, in the National Games in autumn 2017. It will be an opportunity for her legions of fans to bid farewell to one of the titans of badminton who also created history by winning gold medals at the London 2012 Olympic Games in Women’s Doubles and Mixed Doubles – the first time a badminton player won two titles at the same Olympics. 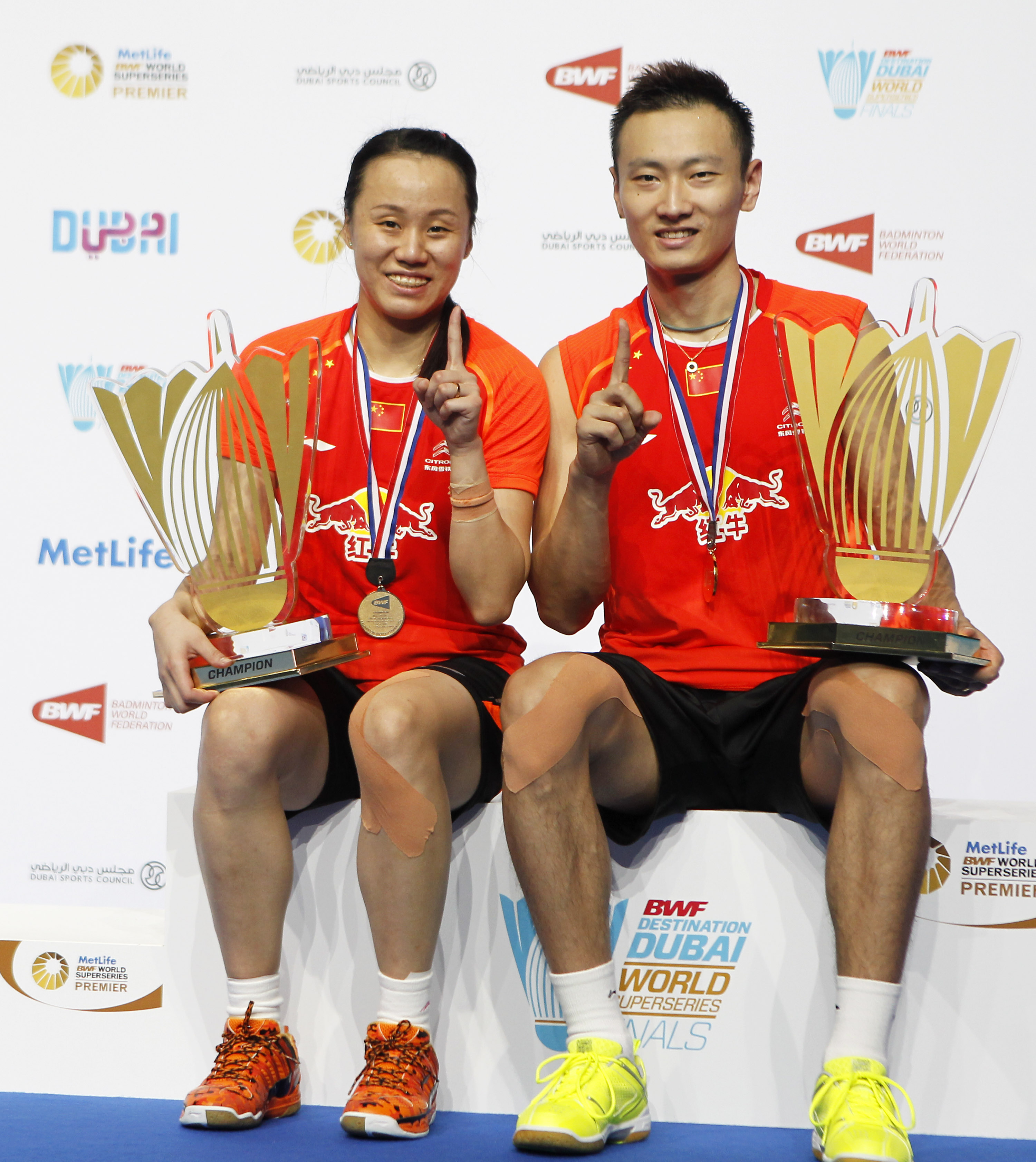 Back-to-back victories in both categories at the BWF World Championships in Copenhagen (2014) and Jakarta (2015) earned her further admiration and respect among friends and rivals alike. Add to those accolades, massive success on the annual BWF World Superseries tour over a number of years and it makes for a stunning career of which the iron-willed Zhao can be justly proud.

Reflecting on her countless battles, she picked her Mixed Doubles triumph (with Zhang Nan) at the 2014 Asian Games in Incheon, Korea, as her most cherished badminton memory. That achievement earned her another enviable double, having claimed the Women’s Doubles gold (with Tian Qing) at the 2010 Asian Games on home turf in Guangzhou, China.

“I was really happy to fulfil the doubles grand slam at the Asian Games. There are so many big matches in my memory, it is hard to name a specific one…but I am satisfied with my performances and my career,” said the iconic athlete who turned 30 in August this year.

Given her heights of success in the past four years, it’s surprising to learn the BWF Female Player of the Year for 2014 thought about retiring after the London Olympic Games but decided to fight on, despite various injuries. 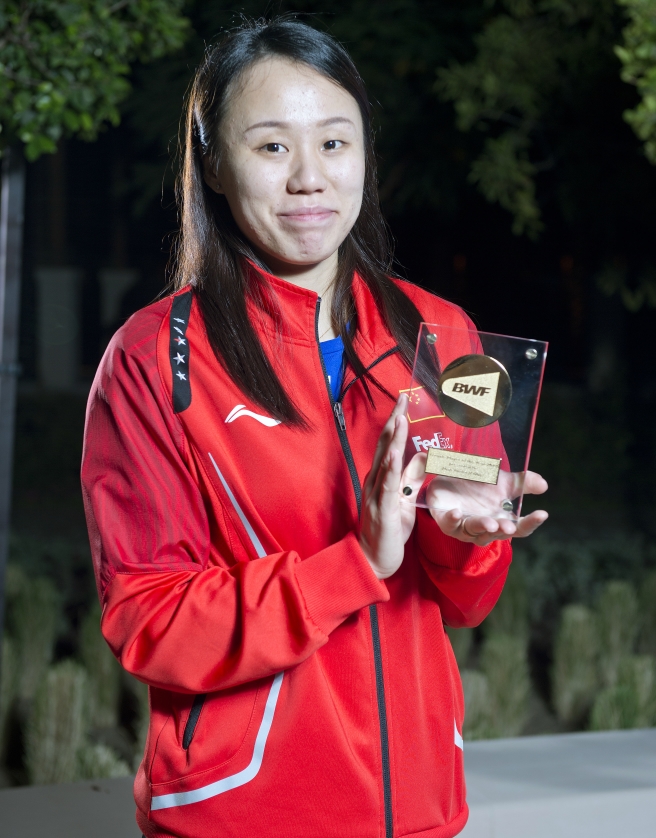 world. I have worked hard for many years,” noted Zhao who has proven one of the most tenacious players at net during her career.

As she retreats into retirement, the popular sportswoman had some parting words to fans worldwide, assuring them she will not disappear entirely from the badminton scene.

“Thank you to all the fans both at home and abroad. It is because of your support I have been so successful and that I have been able to share so many cherished moments with you throughout my career.

“I will continue to do my best to promote badminton in many ways, hopefully we will meet each other soon.”

True to her word, Zhao has already been engaging in ambassadorial duties for the sport which brought her international fame and fortune, last week participating in promotional activities for next year’s TOTAL BWF Sudirman Cup while she vacationed on the Gold Coast in Australia.

“The Gold Coast is beautiful. I have fulfilled my dream of patting a dolphin since I arrived, and I’m looking forward to more sight-seeing while I’m here. The beaches are beautiful and I feel privileged to be able to share my competitive insights with younger players as they prepare for next year’s tournament,” she said, enjoying her stay as a guest of Tourism and Events Queensland. 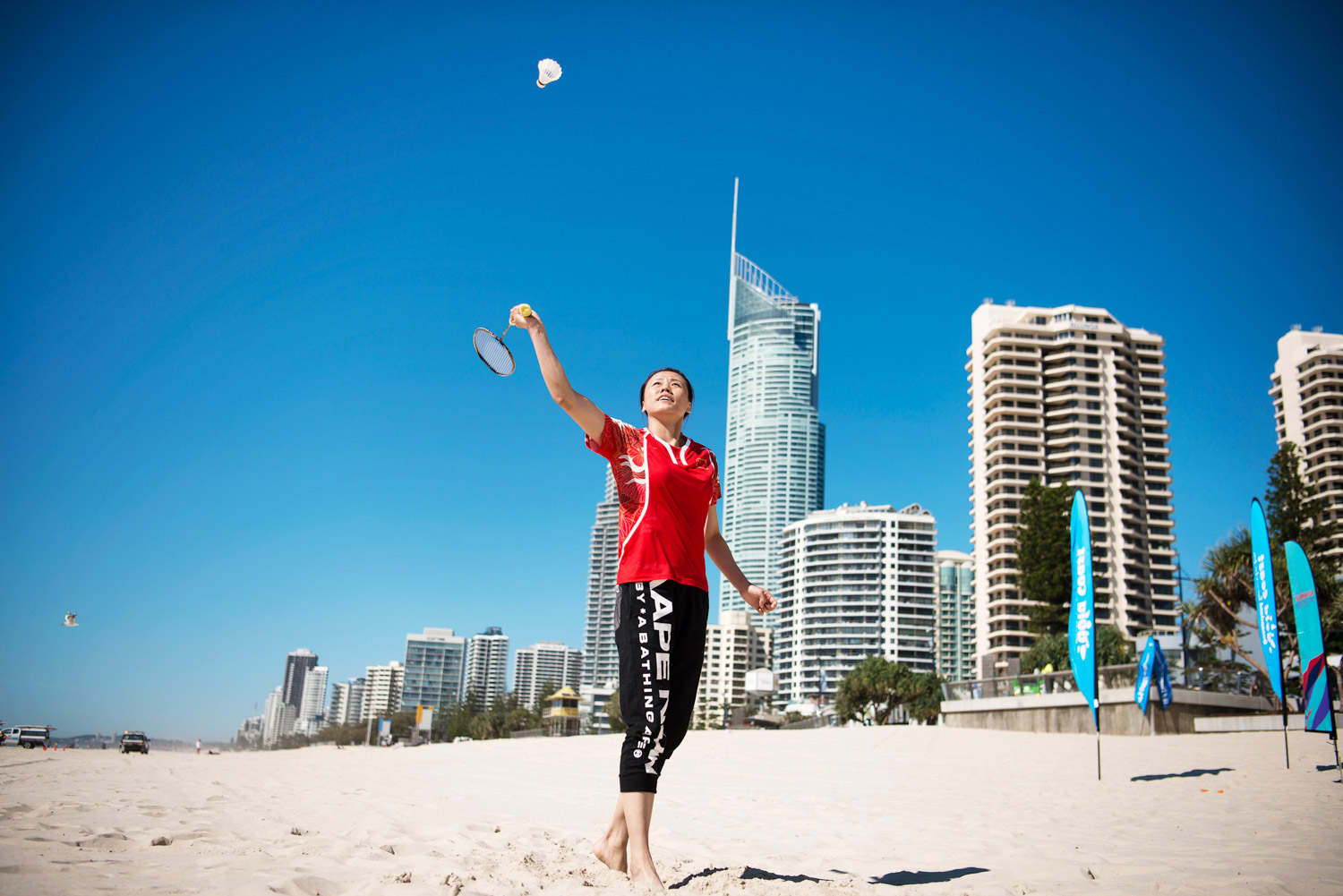 “I wish to broaden my view through this MA degree, to become mentally stronger,” she explained.

No doubt expanding her knowledge will equip this champion to make a contribution of a different kind in the future – but fans will certainly always remember what she achieved on court. 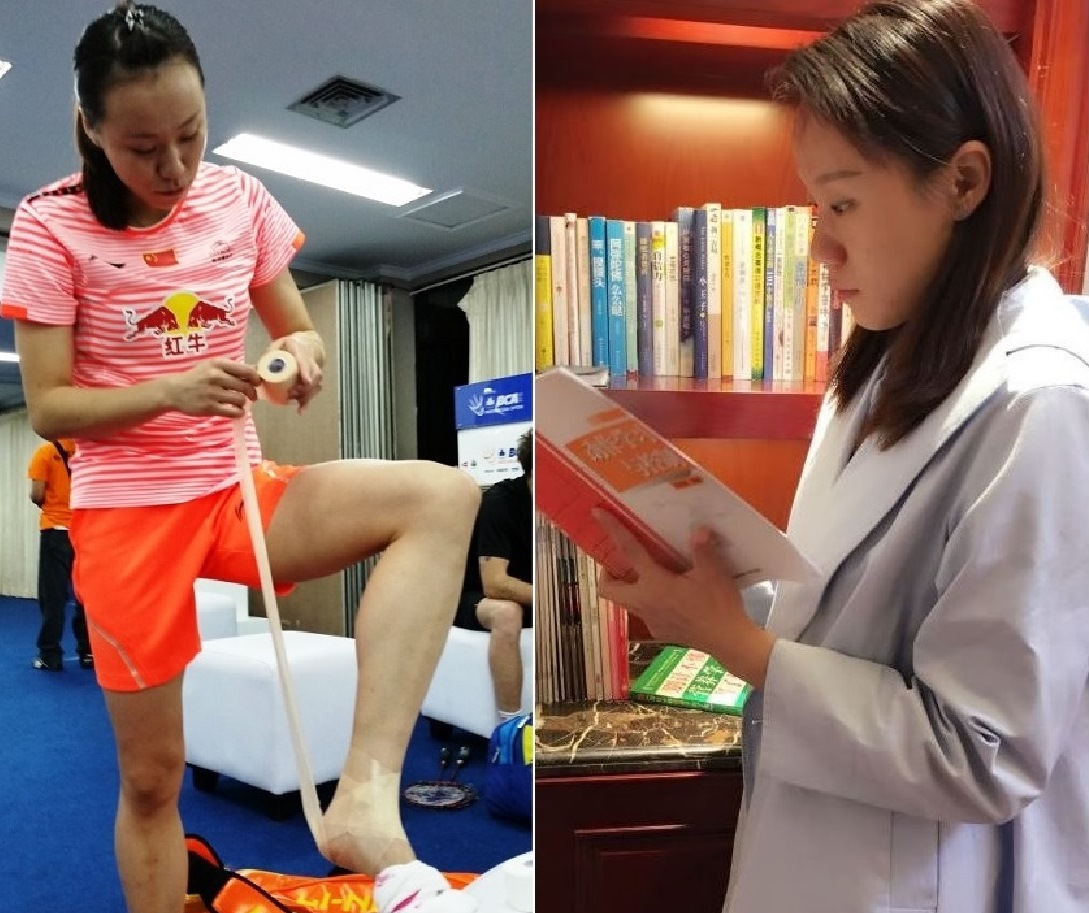 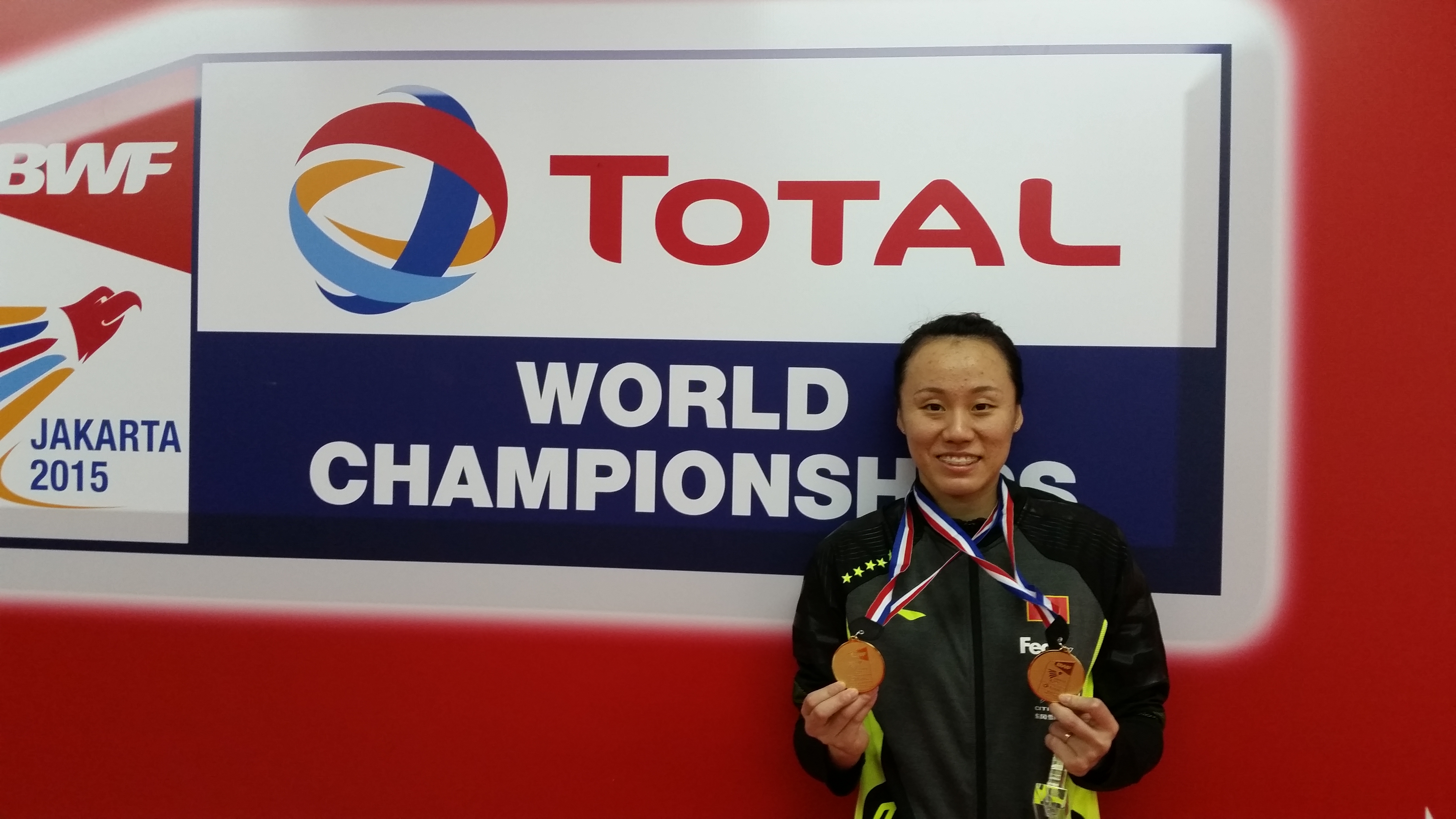