The Badminton World Federation has extended condolences to the government and people of Thailand on the passing of His Majesty King Bhumibol Adulyadej.

In particular, the world-governing body has sent its sympathies to the Badminton Association of Thailand who mourn not only their king but also their greatest patron.

This beloved and revered monarch gave unparalleled support to badminton and his lifetime contribution to the sport was honoured in November 2012 with the inaugural BWF President’s Medal, bestowed upon him by then BWF President Dr. Kang Young Joong. The award was accepted by the Crown Prince at the Royal Palace.

On that occasion, Dr. Kang said the Medal was awarded for “His Majesty’s exceptional contribution to badminton, worldwide and in particular in Thailand, and for his support of the exceptional achievements and contributions that Thailand has given to international badminton and to express our sincere appreciation for all His Majesty has done to promote badminton”.

“His Majesty is truly deserving of this accolade – given at the BWF President’s sole discretion – for a lifetime as an ardent protector and an enthusiastic supporter of badminton,” added Dr. Kang.

King Bhumibol Adulyadej was continuously involved in badminton for more than 50 years, playing the sport since 1953. He granted royal patronage to the Badminton Association of Thailand in 1954 and, over the decades, he donated trophies for men’s and women’s badminton; provided badminton facilities for national players at the palace and supported players financially through scholarships.

“His influence and patronage have undoubtedly impacted the lives of many Thai players who have risen to be among the world’s elite, reaping rewards for themselves, their country and their beloved king,” noted Dr. Kang.

“We have always cherished the special relationship which the BWF has enjoyed with His Majesty and indeed with the entire royal family of Thailand and, of course, the immense support which badminton has received.

“The king’s legacy will inspire generations to come and we will always remember his generosity and love for badminton,” said Høyer. 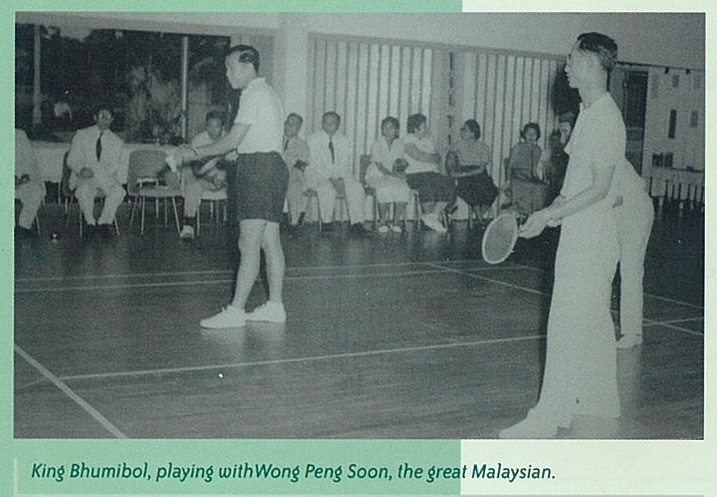