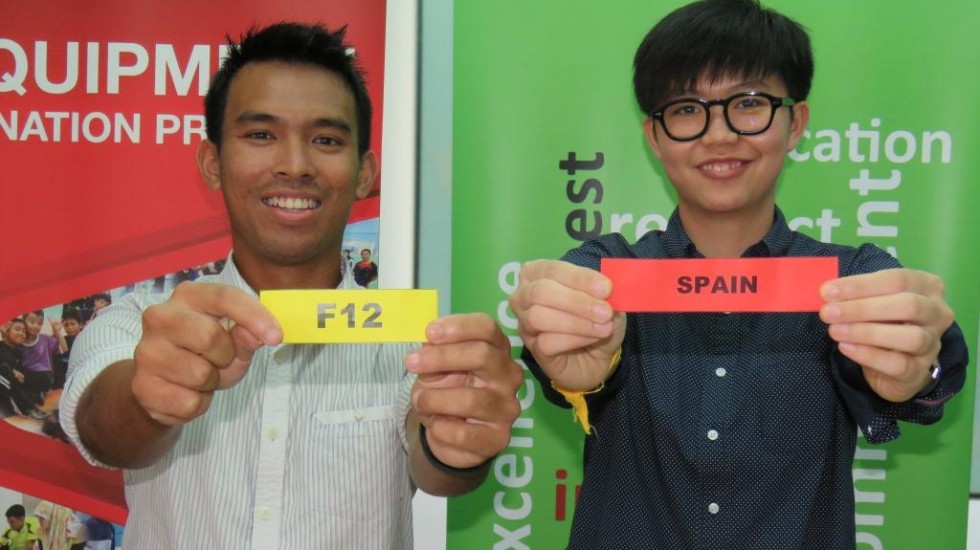 Hosts Spain will face last year’s runners-up, Indonesia, in the group stage of next month’s Suhandinata Cup in Bilbao.

Norway have also landed in Group F1 following this afternoon’s draw for the Mixed Team Championships which will feature a record 54 Badminton World Federation member associations. This

event is the first segment of the BWF World Junior Championships 2016 and takes place 2-6 November.

Meanwhile, a potential group final looms between the Indonesians and Korea who headline the other half of Group F. Algeria, Sri Lanka and Sweden will also compete in Group F2.

Top seeds and defending champions, China, lead Group A1 with Armenia and Canada for company while Australia, England and Scotland are in Group A2. 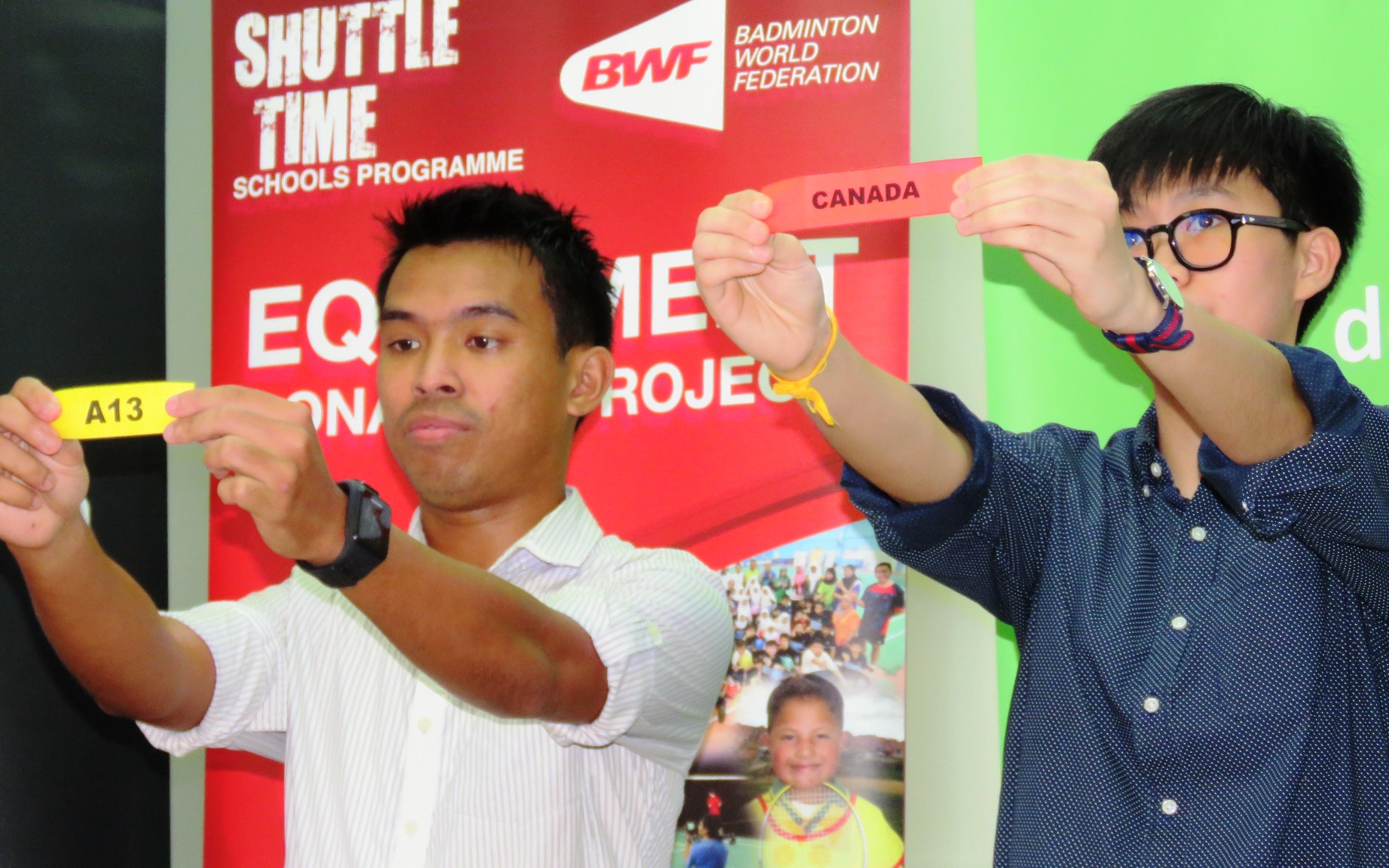 Denmark will fancy its chances of emerging from Group D, with Ghana, Latvia and Macau also in Group D2. Meanwhile, Iceland, Slovenia and USA are in Group D1.

No.2 seeds, Thailand, head Group H1 accompanied by Slovakia and Ukraine. The other half of Group H sees Faroe Islands, Germany and Portugal in Group H2. 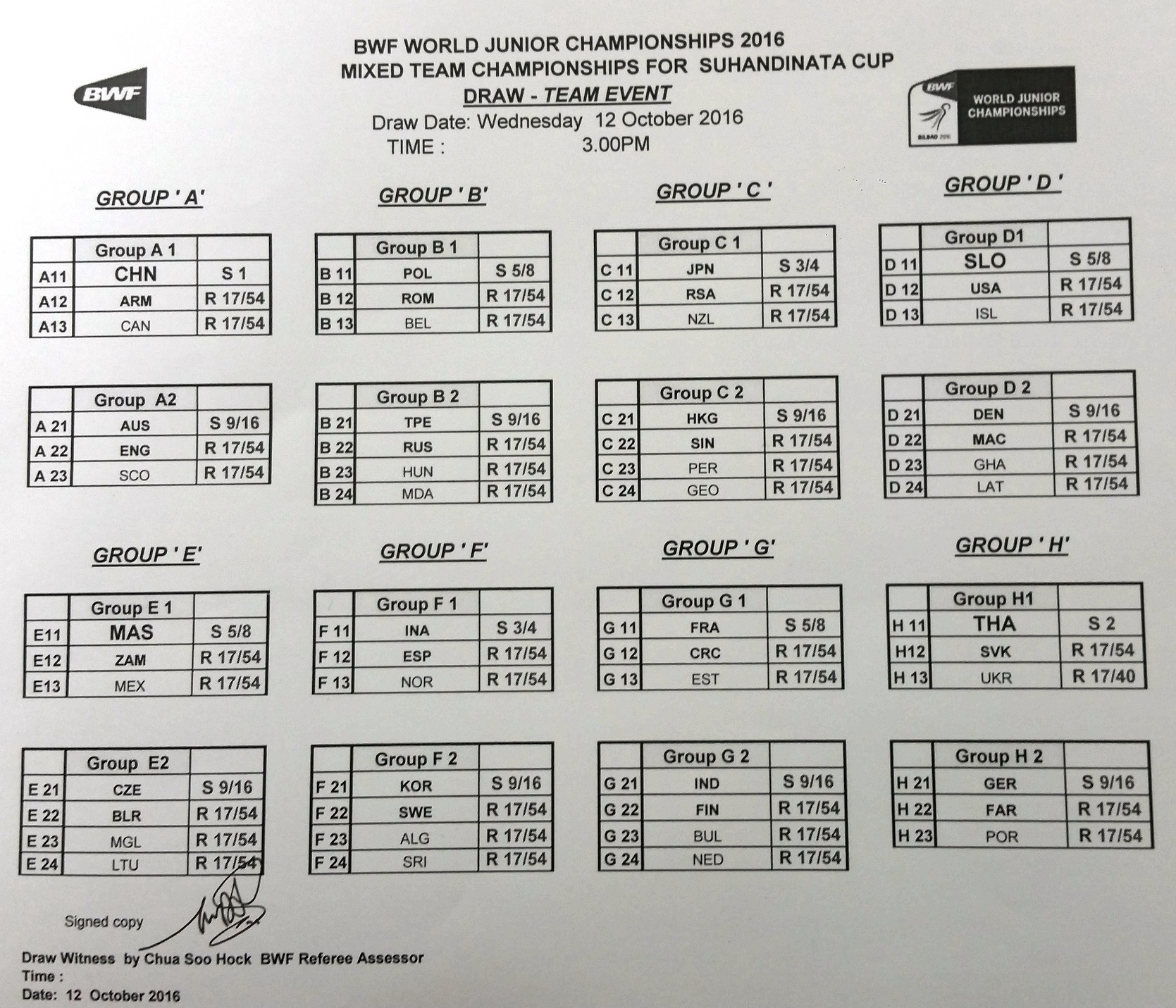