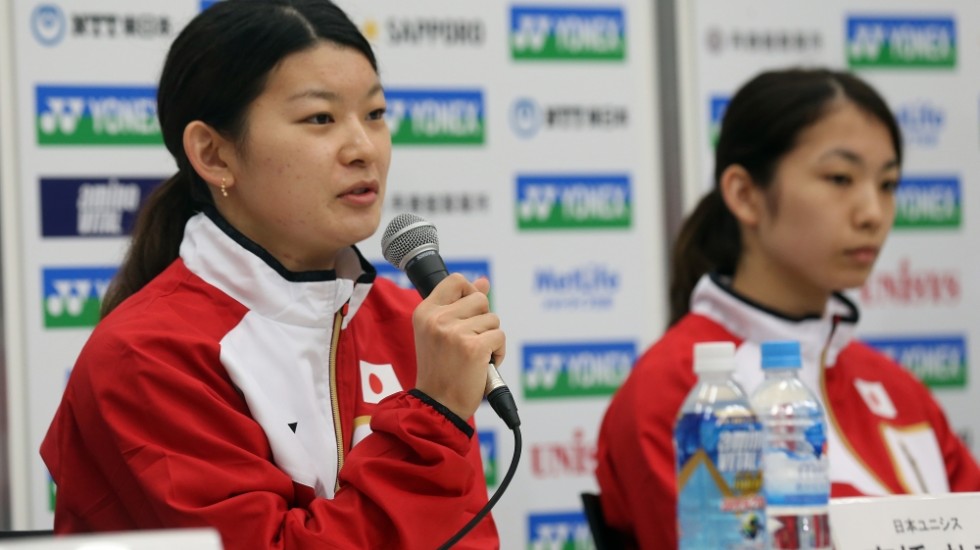 Misaki Matsutomo and Ayaka Takahashi said they were ready to start a “new chapter” in their career, having won Japan’s first badminton gold medal at the Olympics in Rio. The Women’s Doubles pair, top seeds at the Yonex Open Japan that started yesterday, acknowledged that there would now be greater pressure on them.

“Winning the Olympics was one chapter; we’d like to start a new chapter now,” said Matsutomo, on the eve of the first round matches of their home World Superseries.

“Our new chapter has to start well. Our next goal is the BWF World Championships. We have to focus on improving our skills.”

Revealing that they had been working on new tactics, Takahashi nevertheless preferred to keep them “secret”. “We have new strategies, but it’s a secret. We have got good results so far, but now we will have to deal with greater pressure than what we faced during the Olympics. There hasn’t been much on my mind since winning the gold. I just want to stay focussed.”

Seeded to meet Denmark’s Christinna Pedersen/Kamilla Rytter Juhl in the final – the pair they beat in Rio for the gold – Takahashi was cautious: “We have to play one match at a time. I know many fans stayed up late to watch our final in Rio, so if we can play Denmark again in the final here, that would be good.

“Last year we had to withdraw from the Yonex Open Japan as Misaki was injured. We have to be careful on court this time.”

Pedersen and Rytter Juhl said they’d taken a week off training after Rio and were excited to be back in Japan.

“Personally, I’m inspired to be in Japan,” said Rytter Juhl. “I think they appreciate female players and doubles players especially.” Talking of the response to their silver medal-winning feat, Rytter Juhl said: “Many people watched our matches back home. I’ve never experienced so much attention on badminton. Normally, it is Men’s Singles or Men’s Doubles that gets the attention.”

Her partner acknowledged their respect for their Japanese opponents who beat them in Rio.

“We have respect for Misaki and Ayaka. We know it will be difficult every time we play them, but it’s also fun. We played well in Rio, but they were better than us.

“There was a lot of celebration back in Denmark. We had a really good time and we’re enjoying it. It was hard to get back to training. The first two-three sessions were tough but now we’re back and feeling good.”

Meanwhile, Japan’s Women’s Singles spearhead Nozomi Okuhara, who won her country’s first medal in the category in Rio, was hopeful of defending her home Superseries title.

“The Yonex Open Japan was my first Superseries title,” said Okuhara. “I’m impressed that one year has passed since then! I have learned that winning a Superseries is very tough. I have to play carefully and diligently here; the result will take care of itself. I know there will be expectations from the crowd.

“I played (compatriot) Akane Yamaguchi in the final here last time. We both played well in Rio; I’m excited that we might meet here as well.”