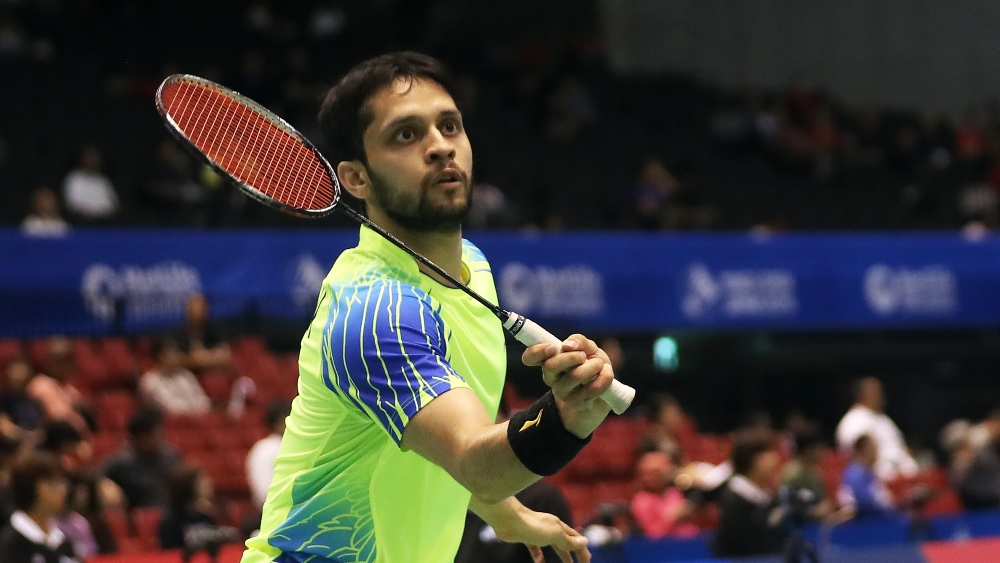 The start of the second half of the MetLife BWF World Superseries season heralded a new beginning for Kashyap Parupalli, who made a winning return at the Yonex Open Japan today.

The Indian, whose last Superseries was the Yonex French Open in October 2015, had suffered two major injuries in five months that left his Olympic dreams in the dust. He rediscovered some of his touch today, holding off the much-touted Danish prospect Anders Antonsen, 21-18 21-12, to qualify to the main draw. Parupalli had earlier benefitted from a walkover by Austrian opponent David Obernosterer in the first qualifying round.

Parupalli (featured image) will run into a familiar face in the first round – compatriot Kidambi Srikanth. The winner of that round will take on either Ajay Jayaram (India) or OUE Singapore Open champion Sony Dwi Kuncoro (Indonesia).

“It was crazy. That’s what you train for,” Parupalli said, about missing the Olympics. “After the Commonwealth Games gold, that was the only thing on my mind. I was feeling good… but yeah, bad luck. It’s very tough.

“Playing a tournament after so many months is extremely different. At the Indonesian Masters I was a bit lost. It’s a new atmosphere. But I have experience, I will get it. Once you get into the zone, you will get the hang of it. I played well today. I’ve heard a lot of good things about Antonsen. He will surely come up.”

Olympic silver medallist Lee Chong Wei (Malaysia) heads in as top seed and strong contender for his sixth Yonex Open Japan title. Lee starts against Thai Boonsak Ponsana tomorrow; the second round could see him against either Xiamenair Australian Open champion Hans-Kristian Vittinghus (Denmark) or Qiao Bin (China). A semi-final against China’s Tian Houwei or India’s Srikanth is a strong possibility, but it remains to be seen if the strain of Olympic competition has taken anything off the top seed or his principal challengers. Denmark’s Viktor Axelsen, who had his chances here last year to take his debut Superseries title, heads the bottom half of the draw; among potential opponents are India’s HS Prannoy in the second round and Korea’s Son Wan Ho in the quarter-finals. Quite remarkably, the winner of the 2002 edition, Lee Hyun Il, is also in the draw and in Axelsen’s quarter. Another Dane, Jan O Jorgensen, and Chinese Taipei’s Chou Tien Chen are among the likely quarter-finalists.

Japan’s increasing strength in Women’s Singles was showcased in the qualifying rounds, with local contenders taking up all four spots. Sayaka Takahashi, Saena Kawakami, Chisato Hoshi and Natsuki Nidaira ensured a strong Japanese presence. Nidaira had the toughest match in the category, surviving a match point against compatriot Kana Ito to prevail 21-23 21-6 23-21.

With Olympic champion Carolina Marin (Spain) having withdrawn, local star Nozomi Okuhara goes in as the highest seed. Okuhara’s Superseries-winning run began at this tournament last year, and since then she has blazed a trail for Japanese Women’s Singles; a bronze at the Olympics being the latest highlight. The second seed takes on Denmark’s Line Kjaersfeldt in her opener. “It’s been one year since I won my first Superseries,” said Okuhara. “I’ve learned that winning a Superseries is very tough. I have to be careful and play diligently. The result will take care of itself. It’s going to be tougher this time since there will be expectations from the home crowd.”

Although some of the big names – like Marin, Olympic silver medallist PV Sindhu, Saina Nehwal and the top Chinese – are missing, the draw is not short of star power. Third seed Ratchanok Intanon (Thailand), fourth seed Tai Tzu Ying (Chinese Taipei), Canada’s Michelle Li and Japan’s Okuhara and Akane Yamaguchi are among the high-profile players expected to feature at the business end of the event. Twelve Japanese have made the main draw, and some – like Ayumi Mine, Saena Kawakami and Sayaka Sato – are capable of damaging the more reputed names. The draw is likely to be highly competitive, with China’s Chai Biao/Hong Wei and World champions Mohammad Ahsan/Hendra Setiawan seeded to meet in the final. Olympic silver medallists Goh V Shem/Tan Wee Kiong (Malaysia), Denmark’s Mathias Boe/Carsten Mogensen, China’s Li Junhui/Liu Yuchen and Japan’s Hiroyuki Endo/Kenichi Hayakawa are among those who can go all the way to the title.

Women’s Doubles top seeds Misaki Matsutomo and Ayaka Takahashi will need to shake off the celebratory fervour of winning the gold in Rio; the home stars have a relatively comfortable draw and should be able to make the semi-finals without much trouble. With two strong Chinese pairs – Tang Yuanting/Chen Qingchen and Huang Yaqiong/Tang Jinhua – having withdrawn, the main challenge to the top seeds is expected to come from Denmark’s Christinna Pedersen/Kamilla Rytter Juhl, China’s Luo Ying/Luo Yu, Ou Dongni/Yu Xiaohan and compatriots Naoko Fukuman/Kurumi Yonao.