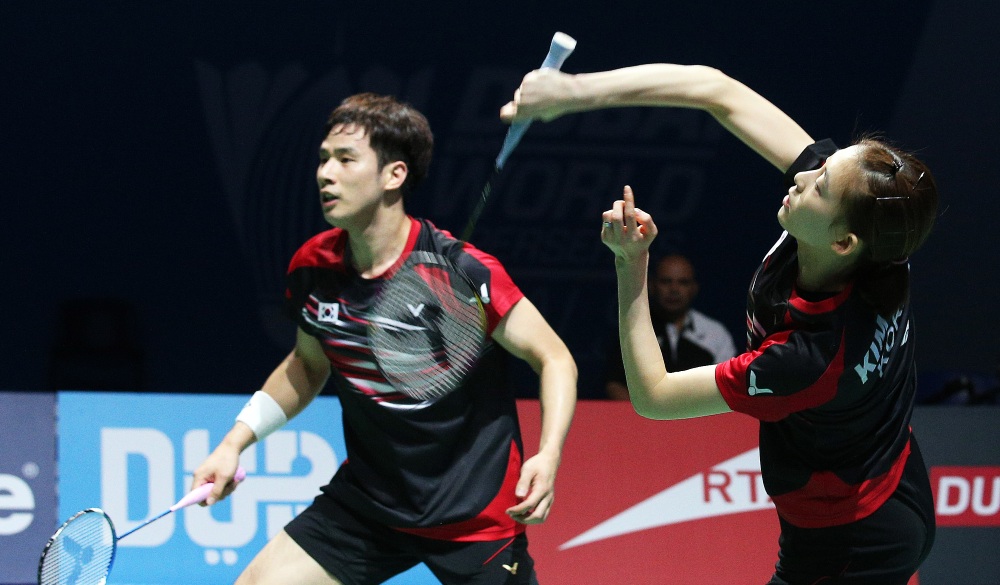 A dramatic turnaround in fortunes in Rio will ensure that Indonesia’s Tontowi Ahmad and Liliyana Natsir command fans’ attention in the run-up to the Dubai World Superseries Finals.

The Indonesians weren’t expected to do well at the Olympics: after a good start to the year, with a win in Malaysia and semi-final in Singapore, they had a nightmare mid-season in the MetLife BWF World Superseries circuit, falling in the second round of their home Superseries and the first round in Australia. However, they turned it all around in Rio, displaying great maturity and single-mindedness to claim the gold; their victorious run included a memorable win over their former tormentors Zhang Nan/Zhao Yunlei in the semi-finals. With their career’s biggest accomplishment in their bag, the Indonesians, No.4 in the Destination Dubai Rankings, will feel a great weight off their shoulders and can look forward to playing with greater freedom in the coming months.

The Mixed Doubles standings in the Destination Dubai Rankings are dominated by China. With three pairs in the top 8, China are sitting pretty at the half-way stage of the MetLife BWF World Superseries season. The next six Superseries will decide the eight pairs to earn their invitations to the Dubai World Superseries Finals (December 14-18) at Hamdan Sports Complex.

Lu Kai/Huang Yaqiong (No.2), Xu Chen/Ma Jin (No.6) and Liu Cheng/Bao Yixin (No.8) are closely followed by Liu Yuchen/Tang Jinhua (No.10) and Zhang Nan/Zhao Yunlei (No.11). Of these, a couple of pairs might no longer be seen in action in the post-Olympics season; for the others it will be full steam ahead with Dubai in sight. Only two pairs from an NOC can qualify in a particular category.

Lu/Huang were the most successful of all the pairs, having won two Superseries – in India and Australia. This, besides their semi-final finish in Indonesia, helped them to 35,300 points, just 40 points short of leaders Ko Sung Hyun/Kim Ha Na (Korea). Ko and Kim (featured image) improved as the season progressed. After a second round loss in the season-opening Yonex All England, the Koreans made the semi-finals in India and quarter-finals in Malaysia, before winning the OUE Singapore Open. A runner-up place in Indonesia followed.

Denmark’s Joachim Fischer Nielsen/Christinna Pedersen, despite not enjoying the kind of form they did last year, were still good enough to rack up enough points to be at No.3. They started the season brilliantly, making the final of the Yonex All England. Two quarter-finals (India and Indonesia) and a semi-final (Malaysia) saw them on a healthy footing, but recent disappointments in Australia and Rio (they failed to progress into the knock-out stage) will no doubt give them an incentive to step up their game and ensure a strong finish in Dubai. Ahmad and Natsir’s compatriots Praveen Jordan/Debby Susanto promised much to begin with – capturing the Yonex All England, but then had an up-and-down season. A quarter-final in Singapore and a semi-final in Australia helped them to No.5.

England pair Chris Adcock/Gabrielle Adcock, who finished the previous year on a high winning the Dubai World Superseries Finals, have had an average season, the highlights being a semi-final on home turf at the Yonex All England and two quarter-finals (Malaysia and Singapore).

Japan’s Kenta Kazuno/Ayane Kurihara (No.9), quarter-finalists in Singapore and Australia, and Rio silver medallists Chan/Goh of Malaysia (runners-up at the Celcom Axiata Malaysia Open) have had their moments and will look to consolidate in the remaining part of the season.