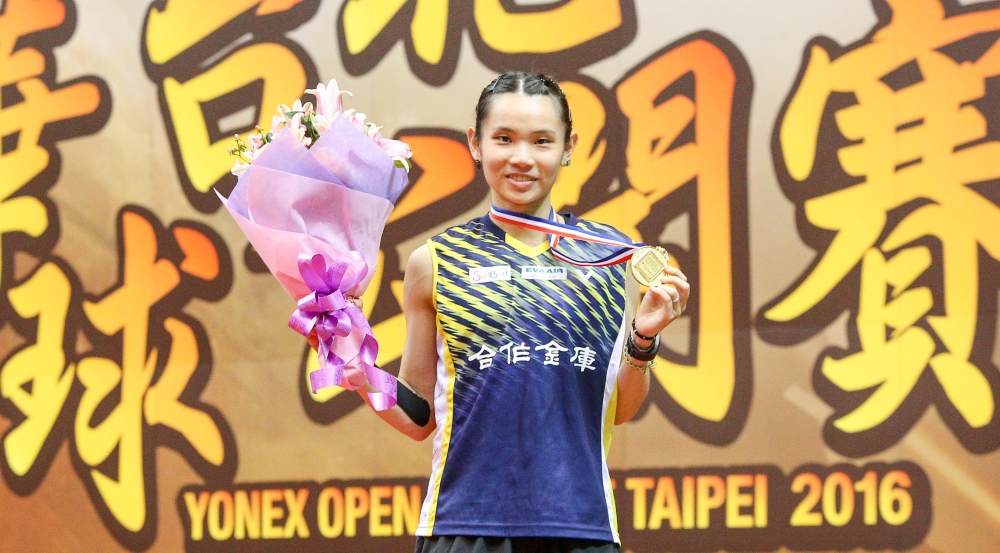 The victories will be a fillip to Chou and Tai’s Olympic preparations, although the 7,000 points might not make a dramatic difference to their ranking position and consequently seeding in Rio. The Yonex Open Chinese Taipei was the penultimate Grand Prix Gold event before the Rio Olympics.

The home team nearly had their third title in the riveting final clash. Men’s Doubles duo Chen Hung Ling and Wang Chi-Lin were a heartbeat away from providing the icing on Chinese Taipei’s cake, but were denied the moment by Li Junhui and Liu Yuchen, who saved a match point before clinching China’s third gold medal. Zhong Qianxin/Huang Dongping (Women’s Doubles) and Zheng Siwei/Chen Qingchen (Mixed Doubles) were the other titlists for China.

Tai and Chou were both dominant over their Chinese opponents, Wang Shixian and Qiao Bin, respectively.

Tai went in with a 4-7 career record, but handed Wang one of her worst defeats. Wang stayed close in the first, but it was Tai who was orchestrating the play with her eclectic mix of strokes through a range of angles. Wang kept scurrying and earned two game points, but once Tai saved those, the floodgates opened. The Taiwanese’s defence and footwork complemented her attack to perfection – there wasn’t a point in the second when she was caught on the wrong foot. The second game was a hammering as Tai picked her winners with ease, closing it out with a reverse slice winner: 23-21 21-6.

“Wang Shixian said before the final that she hoped it would turn out to be a good match for the crowd, and that’s what happened,” said Tai. “We’re familiar with each other’s style. In the first game we both played well, the lead changed hands; in the end I had better control in the drift. I was in the more difficult side and I realised there was no point in attacking too much, so I stopped attacking and moved her around. She had the difficult side in the second game and found it hard to control the shuttle. “I’ve had good results against her lately. Maybe earlier I used to lose because I was inexperienced and I was rushed, I played too fast and didn’t think too much. I realised there’s no point in rushing. Now I know what to do to handle my nerves.

“It was a great feeling out there, to be a local player and to win the tournament. I’m happy to be in front of so many fans who were cheering for me.” Chou’s battle with Qiao Bin was essentially about extracting the first lift – with the defence of both relatively shaky, there were few long smash-and-return exchanges. The local star’s attack was on target today, with many of his smashes finding their mark. Yelling encouragement to himself after every winning point, Chou pulled away from 15-all in the second and sealed the win at 21-18 21-17. A few tears were evident, for his last title was over 19 months ago – the Bitburger Open in November 2014.

“I’m very happy to get the title,” said Chou, who made no effort to hide his emotions during and after the match. “It was one of my lifetime goals to win this tournament. Several years ago, I saw players win here and that became my goal. I was nervous today, but tried to have a calm mind and follow my coach’s strategy. I’m very touched with the fans. This win is important for my Olympic preparations. I just have to keep practising and improving my skills. I believe the road will get tougher. I appreciate all those who came here and cheered for me.”

Chinese Taipei nearly wrapped up the tournament with a third gold. Wang Chi-Lin and Chen Hung Ling traded blow for blow with top seeds Li Junhui and Liu Yuchen, and when they saved two match points to stand on the threshold of a famous win at 21-20, the evening seemed set for a perfect finish for the crowd. It was the unrelenting smashing of Zhong that gave the edge to the unseeded pair; Luo Ying and Luo Yu were under pressure for most of the encounter and their challenge finally caved in on the 46th minute: 21-18 21-16. “Their attack was very good,” said Lai Pei Jing, at the end of the 21-13 21-16 result. “It’s almost like we were playing against a Men’s Doubles pair – they don’t play front-and-back like most Mixed Doubles pairs but side by side. They’re very quick and attacking; it’s not so much about skill but speed.” 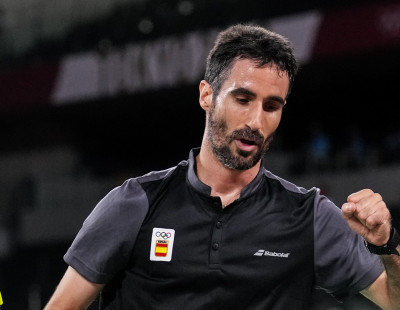