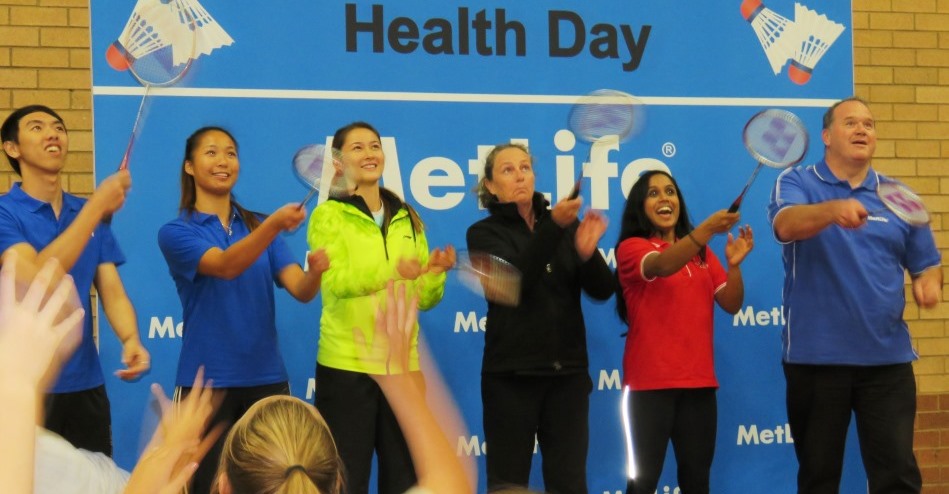 On the sidelines of the recent XIAMENAIR Australian Badminton Open 2016, tournament series sponsor, MetLife, took the opportunity to promote healthy living to schoolgirls in Sydney – and 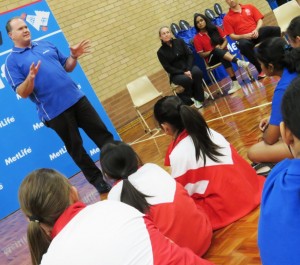 fittingly using badminton to do so.

The global insurance company, which title sponsors the 12-leg MetLife BWF World Superseries of which the Australian Open is a part, recently invited about 80 students from Presbyterian Ladies College to the MetLife Family Health Day – Community Event where they spent 90 minutes engaged in exercises and badminton-related activities.

MetLife Australia’s Head of Marketing, Paul Bennett (left), welcomed the girls, stating MetLife is “delighted to encourage children to play badminton which is one of the world’s fastest sports”.

Badminton teaches the right values about living a healthy lifestyle and we want to promote that,” he added.

This year is the first that Australia has been added to the countries in which MetLife hosts a Health Day in conjunction with the MetLife BWF World Superseries. Japan will also benefit from this initiative for the first time in September. China, Hong Kong, India, Korea and Malaysia are the other World Superseries hosts in which MetLife has Health Days. 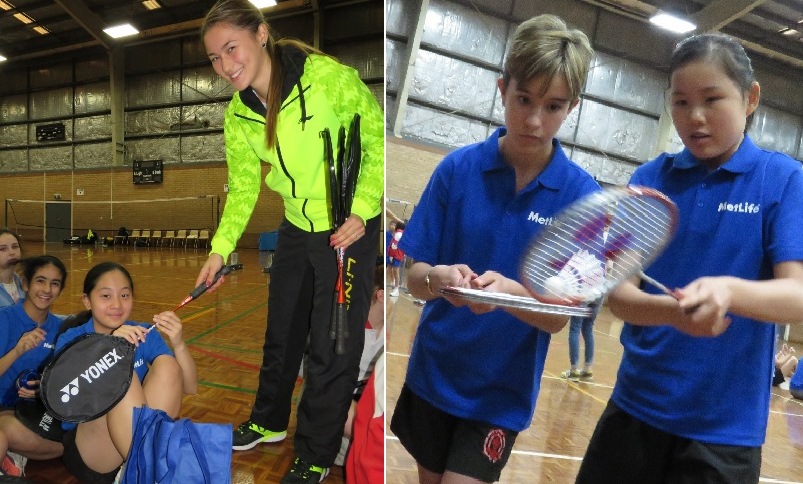 On hand to lend support to this programme was Australian doubles badminton player, Gronya Somerville, who spoke to the girls about fitness, diet and the importance of integrating sport into their daily lives.

“Badminton is a great way to stay healthy,” she said, before joining MetLife officials and badminton coaches in hitting shuttles into the crowd of schoolgirls (featured image) to signal the start of the afternoon’s activities.