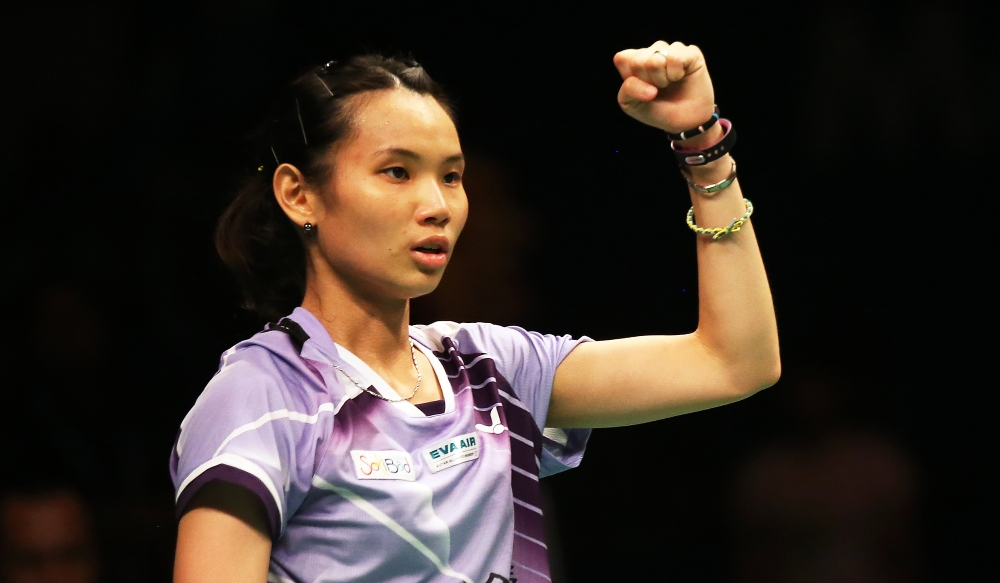 Winning the BCA Indonesia Open has turned out to be lucrative for Lee Chong Wei and Tai Tzu Ying as they lead the World Superseries prize money earners for 2016 in singles.

Besides the Indonesia Open, Lee also won his home Celcom Axiata Malaysia Open (USD 41,250) and picked up USD 1,050 from his second round showing at the Yonex-Sunrise India Open.

Denmark’s Hans-Kristian Vittinghus, who has been flying high in 2016 with his first Superseries win in Australia after having led his country to its first-ever Thomas Cup triumph, came in second thanks to the USD 56,250 check that he picked up in Sydney on Sunday. Vittinghus’s semi-final finish at the Yonex All England in Birmingham contributed USD 7,975 out of his total Superseries earnings of USD 67,250 this year. In Women’s Singles, Tai Tzu Ying (featured image) is ahead of Thailand’s Ratchanok Intanon – whose blazing run this year, including three straight Superseries victories, gave her a handsome purse of USD 97,800. Victory at the Indonesia Open helped Korean pair Lee Yong Dae/Yoo Yeon Seong clamber atop the Men’s Doubles list. The two Koreans each made USD 45,700, ahead of the second-placed Indonesians Markus Fernaldi Gideon/Kevin Sanjaya Sukamuljo – who stormed to their second Superseries victory this season at the Australian Open. The Indonesians won USD 45,462 each.

The other top earners in this category are: China’s Chai Biao/Hong Wei (USD 30,412 each); Japan’s Misaki Matsutomo and Ayaka Takahashi had the richest pickings in Women’s Doubles, thanks to three Superseries titles won in England, India and Indonesia. The World No.1 pair added USD 80,487 each to their bank accounts. Eight of the top players and pairs on the Destination Dubai Rankings will participate in the season-ending Dubai World Superseries Finals, which has a handsome prize money purse of USD 1 million.