Saina Nehwal continued to be a revelation today, not only to fans but also to herself, fighting back tenaciously to clinch her first championship on the MetLife BWF World Superseries tour in more than a year. 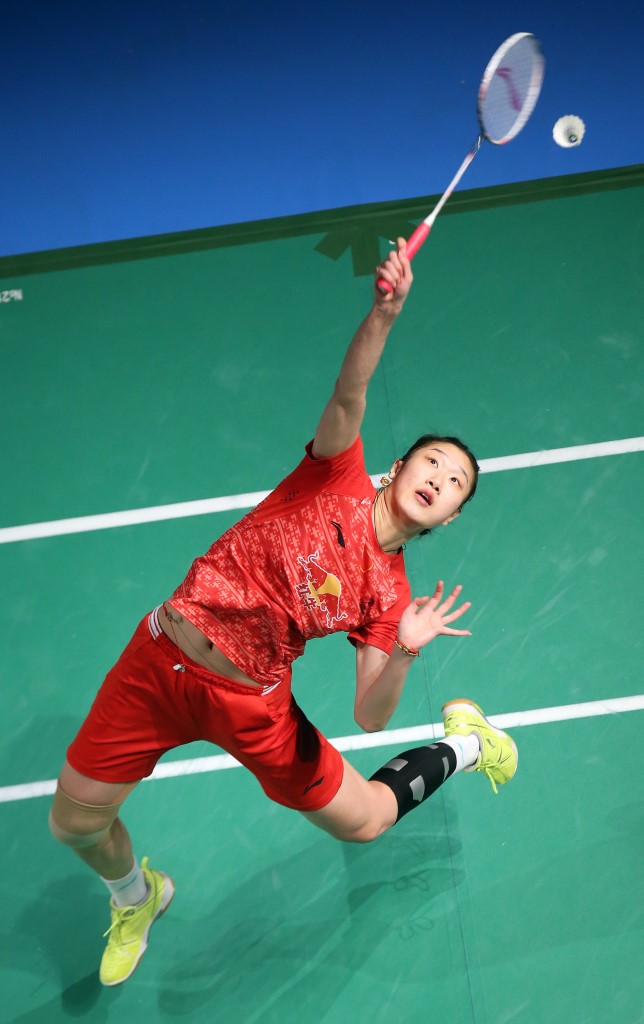 down other Women’s Singles top guns, the Indian showcased some other vital qualities as she came from behind and held firm to deny China’s Sun Yu – 11-21 21-14 21-19 – in the closing match of the tournament.

Screaming with abandon on her third match point – as Sun failed to return another piercing smash – Nehwal was overcome by an understandable mixture of joy, disbelief and relief. Having not reached a World Superseries final since last November in China and still searching for top form after recent injuries, she hardly anticipated being in the final, furthermore recapturing the crown she won two years ago when the Sydney event joined the World Superseries circuit.

“Seriously I was not expecting to win this tournament as I’m still trying to get back my form. Today was extremely tough. My body was not reacting well,” recalled the 26-year-old who displayed resilience and determination after being soundly outplayed by her towering opponent in the first game.

“She (Sun) was hitting good deep shots and I was not getting them. I really had to fight to turn things around. This is the first time she has given me such a tough fight. Yesterday I said I wanted a tough match and I got it.”

Nehwal’s performances in the previous two rounds had fans abuzz as No.7 seed comprehensively defeated 2016 trailblazer Ratchanok Intanon of Thailand and China’s Wang Yihan with whom she has had tremendous difficulty in the past. Throngs of her compatriots converged on the Sports Centre in Sydney Olympic Park expecting another barrage of big hitting which had been the surprising hallmark of Nehwal’s victories en route to the Sunday showdown.

However, it was six-footer Sun who unleashed the early fireworks and, capitalising on errors from across the net, she took the first game comfortably

versus Nehwal who was, at that stage, a shadow of the confident, free-moving player who had dismantled Wang 24 hours earlier. The second game was neck-and-neck until Nehwal suddenly switched on and, with a few sharp shots, grabbed the momentum. Thereafter, the scoreboard ticked over steadily in her favour; repeated grimaces from the rattled Sun signalling that things were going wrong.

In short order, Nehwal converted her first game point and it was all to play for in the decider.

Again, the action was riveting as Nehwal held a one-point lead at the final changeover. It was an advantage she would never relinquish as more power smashes – both down the line and cross-court – proved key weaponry in her attack. Sun had the occasional flourish but her belief and willpower had evaporated. Even after saving the first two match points her body language wasn’t convincing. By contrast, it was Nehwal who displayed sheer guts, soaring into the air and smashing right back at her opponent for the winning point.

What audacity at such a critical moment!

“I knew she would crack. How many hard smashes can you pick up?” she declared when asked about her decision to go for another monster smash on her third match point. 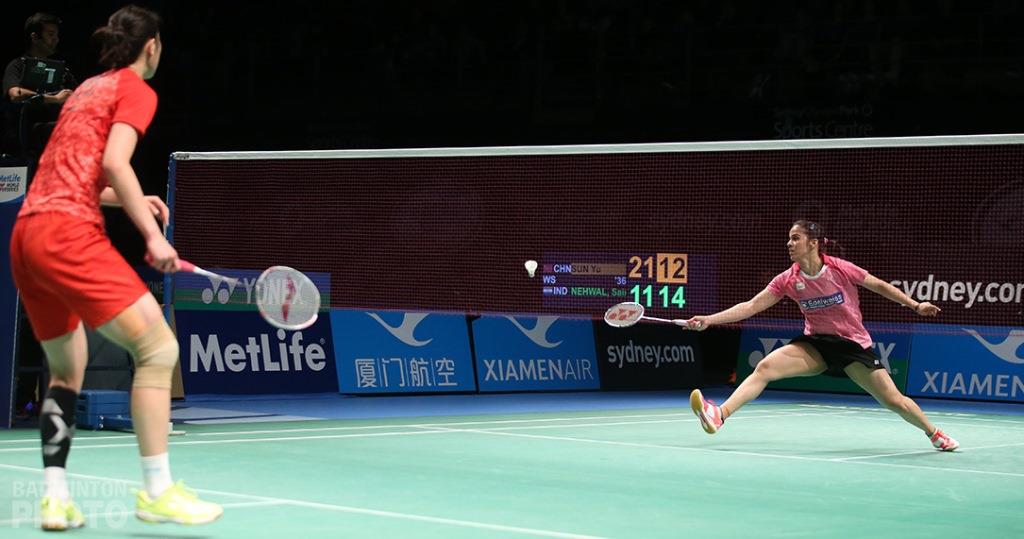 It’s a feature of her game which she plans to keep, having wielded it to telling effect against some of the best in the business.

“People like it so I will keep doing it…but it takes a lot of energy and stamina. My coaches are asking me why I am doing that.”

Meanwhile Sun Yu was left to reflect on another title that got away from her all too quickly as happened in Singapore in April when Intanon dethroned her in three games.

“I’m very satisfied with my performance. There have been a lot of ups and downs in my matches all week but I always tried my best. I have been close to winning but maybe I am not as experienced as them. That may be the issue.” 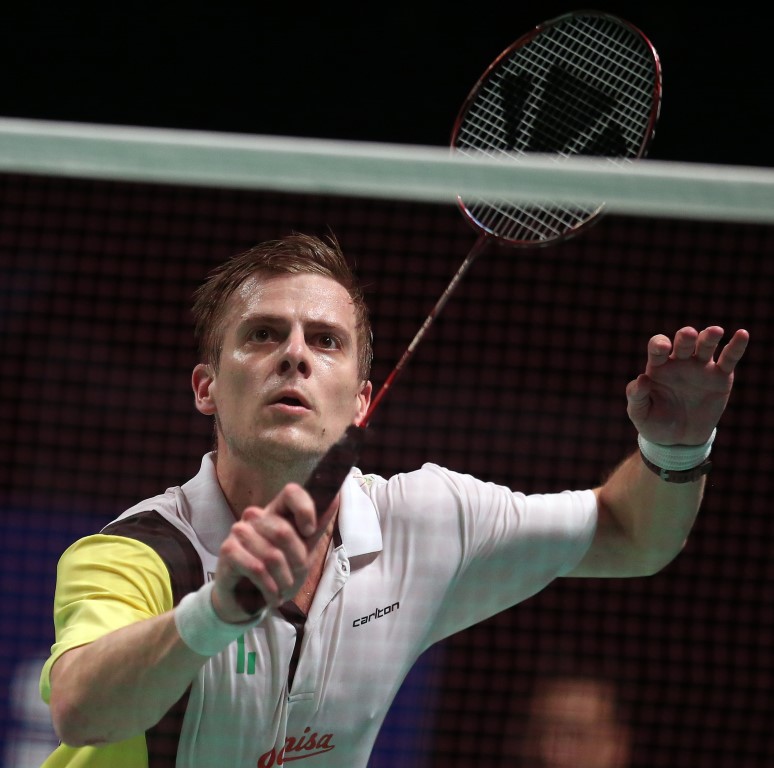 The Men’s Singles final pitted a veteran on the verge of matrimonial bliss versus a fresh face on the eve of his 21st birthday. For both the stakes were massive – a first-ever World Superseries championship and, of course, a prize cheque of USD$56,000.

It was an enthralling encounter as first Hans-Kristian Vittinghus threatened to steamroll the inexperienced Jeon Hyeok Jin only for the youngster to mount commendable resistance and show some daring as he battled back into contention, forcing a third game.

Despite having flung himself across the court in relentless pursuit of the shuttle, 30-year-old Vittinghus dug deep and found another gear to romp clear of the Korean, thwarting any ideas Jeon might have had of celebrating his coming of age a day early. The Dane’s 11-4 cushion at the interval widened 16-8 and he ultimately achieved his long-sought goal with a 21-16 19-21 21-11 outcome; dropping to his knees in exuberance as Jeon netted an attempted cross-drop.

“I have tried for a few years to win a Superseries title and I’m proud to be able to do it after age 30. I think I am the oldest first-time champion. My opponent fought hard and I was very tired in the second game. I didn’t feel I had the power to get through his defence. I invested some energy early in the third game and it worked,” said the elated winner who will get married in early September before the MetLife BWF World Superseries resumes.

It has been an amazing about-turn in fortunes for Vittinghus who last December was not even sure he would play top-level badminton again given a heel injury. The new year has been good to him with a YONEX All England semi-final as well as a first-ever World Men’s Team Championship (Thomas Cup) for Denmark the highlights until today.

“Yes, 2016 has been unbelievable. I am speechless when I think about all that’s happened. I just hope I can stay healthy and continue playing well,” he said.

Stating he was very tired in the third game, Jeon acknowledged that Vittinghus’ experience and good technique were significant factors. The quick lead which his rival got in the decider was “too much to catch up”. 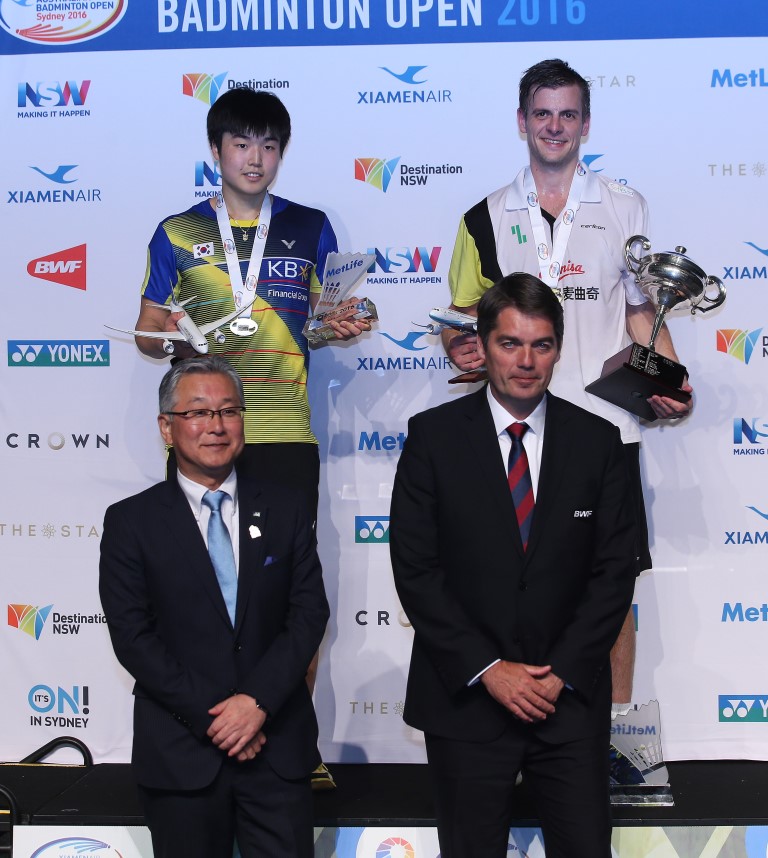