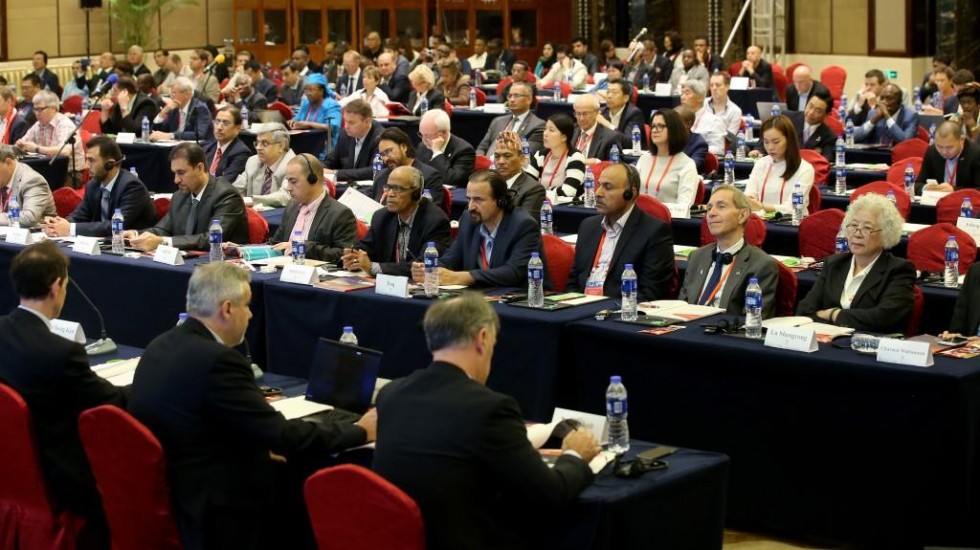 The Badminton World Federation has unveiled four focuses in its Strategic Plan 2016-2020 which was presented to BWF members recently in China.

Launched at the Member’s Forum in Kunshan, the Plan rolled out the road map for the world-governing body’s work over the coming four years, centred around the following focal points: Entertainment, Participation, Partnerships and Capacity. 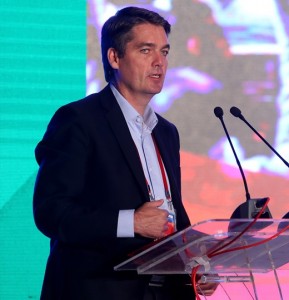 Regarding ‘Entertainment’, the need to excite, engage and enhance badminton’s global fan base was highlighted as a critical aspect of ensuring the sport’s financial and commercial development. Ultimately it is the revenue from badminton’s commercial ventures which has given BWF the scope to spread the sport across all continents while, at the same time, building its tournament structure and offering greater prize money to athletes.

“The commercial side of our business is extremely important and provides us with the financial resources to re-invest in the sport,” noted BWF Deputy President Gustavo Salazar Delgado, addressing the BWF Annual General Meeting (featured photo) a day after the Member’s Forum.

‘Participation’ was also underlined as a pivotal plank in elevating badminton to greater heights, be it in schools, clubs or recreationally. The motto of the BWF Shuttle Time grassroots programme – giving every child a chance to play for life – encompasses this perspective that badminton is a sport for all ages. 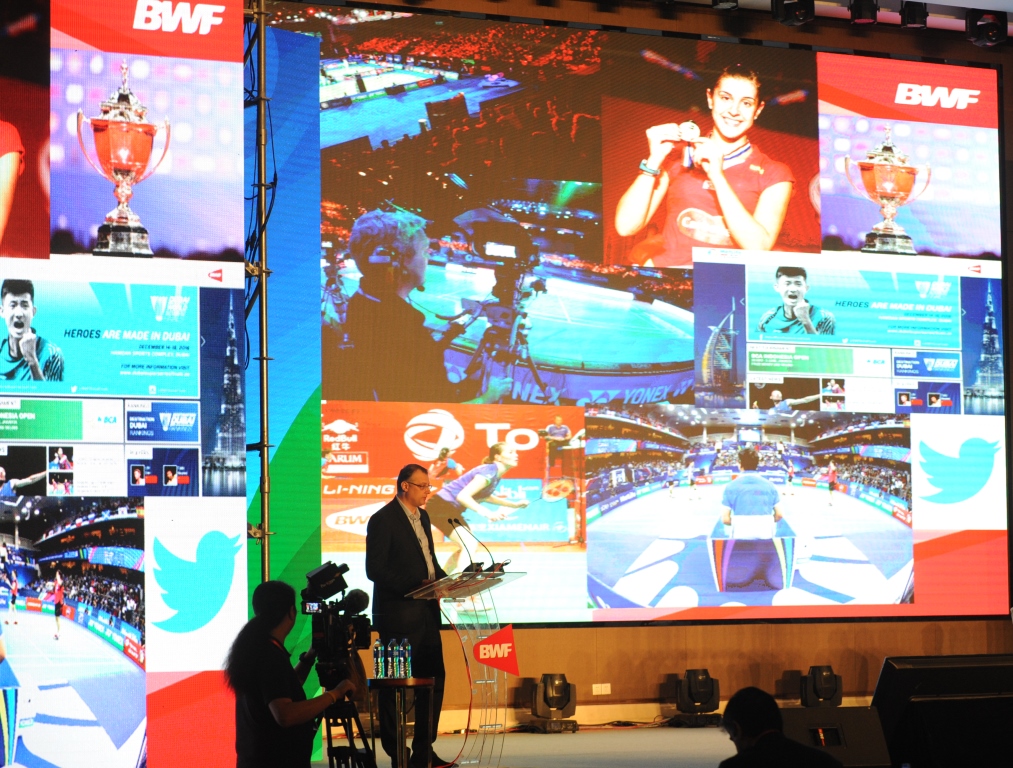 The remaining two elements – ‘Partnerships’ and ‘Capacity’ – are supporting pillars which help BWF grow badminton through creating and fortifying strategic alliances as well as strengthening the BWF’s organisational structure at national, regional and international levels. Key partnerships for BWF include those with its 183 member associations; the International Olympic Committee (IOC); the International Paralympic Committee (IPC); its corporate partners/sponsors; and its tournament hosts.

“The most important partnerships we have externally are with the International Olympic Committee and International Paralympic Committee. I am pleased to report that we have continued to work extremely well with both the IOC and IPC through 2015 and our status within the Olympic and Paralympic movement remains strong,” said Delgado.

“Our partnerships with you – our membership – is fundamental to our work. I wish thank you for the role you play in developing and promoting badminton globally – and to acknowledge the important role which the continental confederations play in driving the development of badminton regionally in partnership with the BWF.

“The success of such programmes as Shuttle Time schools badminton is dependent on these partnerships and collaborations. We reached an important milestone since the last meeting – Panama was the 100th member to start a national implementation of Shuttle Time – so congratulations to Panama and to the other 99 members who have used this tool to give every school child a chance to experience our game.” 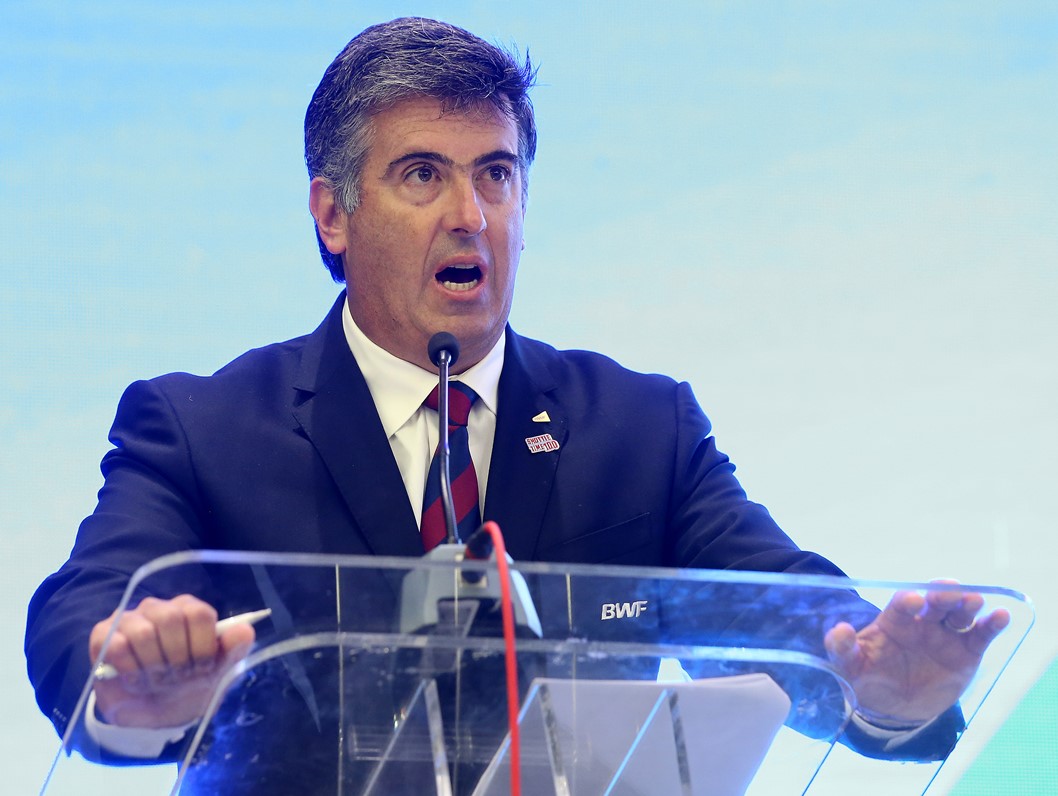 Meanwhile, as part of its mandate to continually enhance badminton, BWF has recognised the need to develop its membership’s expertise in areas such as administration, event management, player development and coaching. In essence, it’s a matter of helping members to help themselves – and others in the future. Such capacity building will become even more important in years to come if badminton’s growth trajectory is to be maintained.

The BWF also upheld the Strategic Plan 2016-2020 as an “athlete focused” road map, listing four focuses in this regard. They are: Clean Sport, Fair Play, Awareness and Education; and Health and Well-Being.

In its quest to ensure badminton remains a clean sport – free of corruption and manipulation – BWF has undertaken a number of initiatives to bolster the sport’s integrity.

Citing some of these, Delgado highlighted the following: 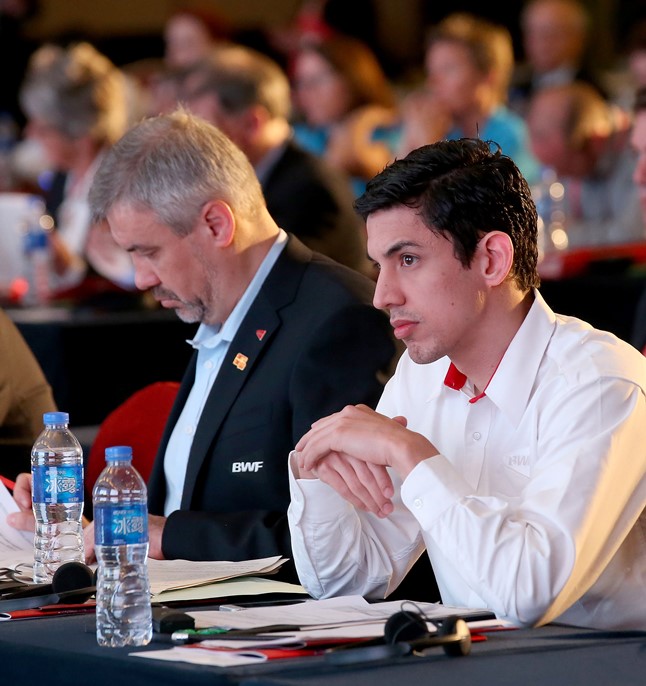 “Athletes have a right to compete in fair and clean sport and we have a responsibility to provide the best possible environment for this. Athletes also have an important role to play here – so do coaches, team managers, administrators and technical officials.

“Education is fundamental to ensuring the integrity of sport. As members – you all have an obligation to provide education programmes for our youth in the sport in the areas of anti-doping and anti-match-fixing,” stressed the BWF Deputy President, adding that assistance should be sought from national sports organisations and national anti-doping agencies.