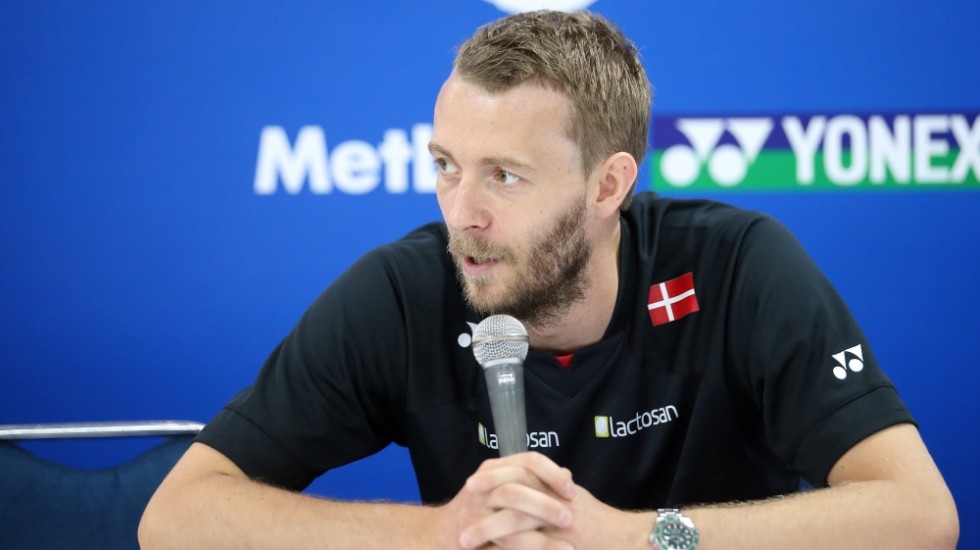 Three months after being operated on for a brain aneurysm, Carsten Mogensen’s return to top level badminton is just a step away.

The Danish doubles star pronounced himself ready to play the first round of the BCA Indonesia Open, his first event since the 2016 European Men’s & Women’s Team Championships in Kazan in February, when his condition was diagnosed and he had to be operated on.

“My condition is getting better,” said Mogensen (featured image), who will play the first round of Men’s Doubles with Mathias Boe against China’s Li Junhui/Liu Yuchen.

“Two months ago it was one of the biggest challenges in my life when we were in Russia. But I got some good help and treatment in Russia; also Mathias Boe was very fast in getting me help. Since then when I came back to Denmark I started to work on my fitness because I really wanted to come back and play at least the same level as before. I’m fighting… I practice normally, but we don’t know about our level. So we will find out on Wednesday. For sure I will do my best to play as soon as possible. 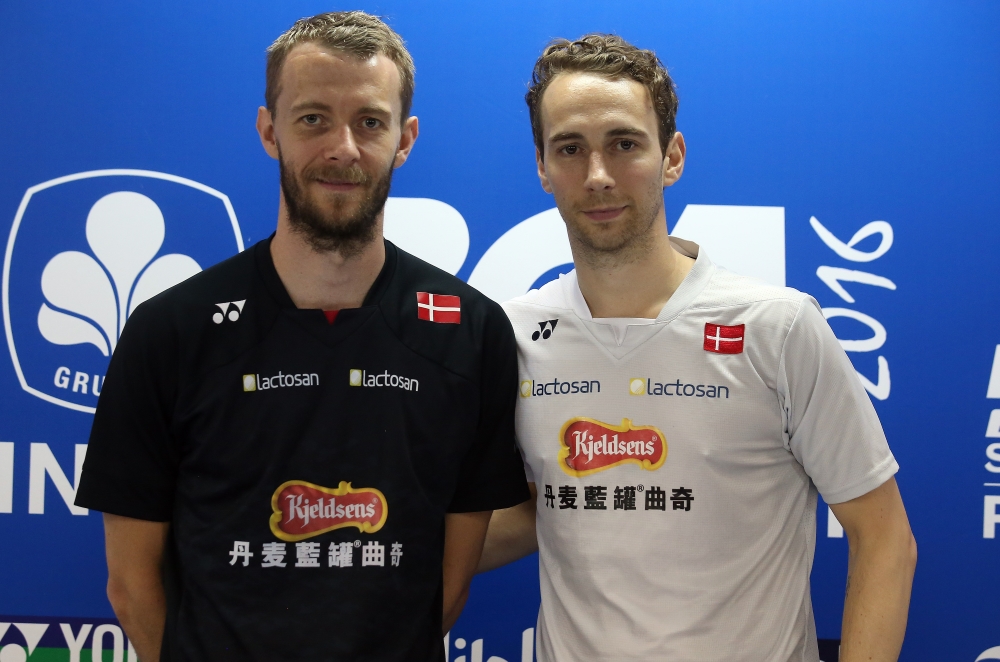 “I’ve practised for over a month now and it’s getting better. Everything is as before. I had a bad experience in Russia, but everything’s fixed now. All the doctors say I’m normal, so that’s positive.”

Talking of the challenge that he was confronted with, Mogensen said: “I think most of the motivation came from myself. When I was in Russia, the first thing I told myself was that this is not the way I want to quit my career. I really wanted to come back. I want to decide when I want to quit. My family, my coaches, our federation and Mathias supported me. Everybody gave me a lot of motivation. This is one of the greatest victories for me. I’m happy about the way it has gone.”

His partner was optimistic that they weren’t too far behind their normal level, and that Mogensen, given his natural talent, would find his way back quickly.

“I’ve played with Carsten for 11 years, we know each other very well on and off the court. He has been out for two months. It’s not that difficult for us to adapt once again. I actually think that compared to what’s he’s been through, he’s back at a very high level. We are back at our high level. That hasn’t been a challenge. We need to take it a bit slow. But we have two months till the Olympics, which is plenty of time. Carsten is not the kind of player who needs a lot of practice. He’s more skilful on court for instance than I am. He can pick it up easier than I would have, for me it would’ve been impossible.

“We’re coming here to see where we are and what we have to work on for the Olympics. For the first time, in the last eight years, we have nothing to lose. If we win the first round, that’s a good result for us. We will be 100 percent focussed on Wednesday.

“The most important thing is that we’re both keen on continuing. Also, after the Olympics, we’re hungry for more. We still think we can improve even though we are not 20 anymore. We’re still fit, we love to practice; our body is feeling good. We have more to offer to this great sport.”

Denmark head coach Lars Uhre was all praise for Mogensen’s stunning recovery in such short time.

“It’s an amazing recovery. We don’t take special care, he’s on a normal level. If someone watched the training, they wouldn’t be able to tell (that he was out of action). It’s amazing that’s he’s ready for this level. Normally Boe and Mogensen come here to win medals, this time it’s about testing everything.”