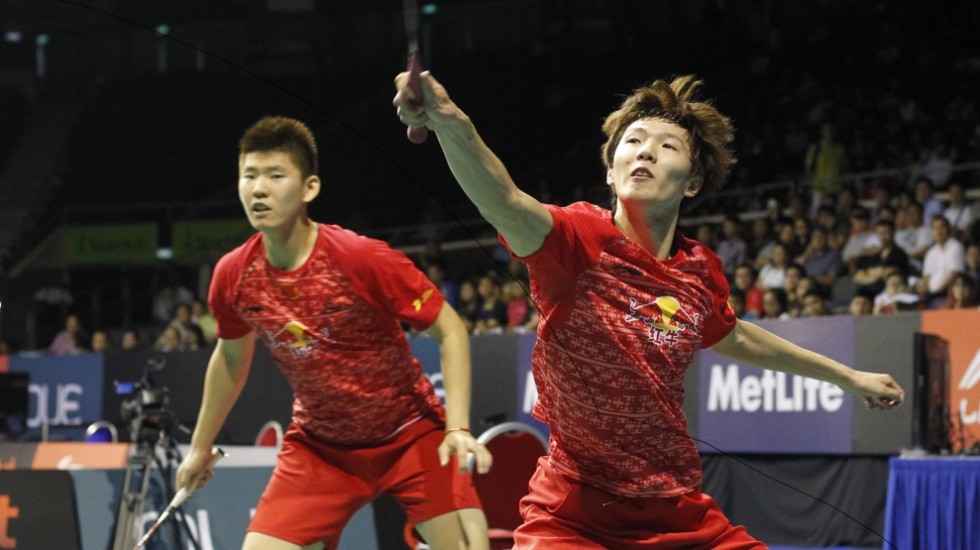 Take a bow, Kurumi Yonao and Naoko Fukuman. The Japanese pair, fighting for a place in Rio, scored the final point at the end of an astounding two hour, 41 minute long epic that would go into history as the longest badminton match ever.

Just a day after coming through a 117-minute marathon at the Dong Feng Citroen Badminton Asia Championships, Yonao and Fukuman put that effort into the shade in their Women’s Doubles semi-final against Indonesia’s Greysia Polii and Nitya Krishinda Maheswari. Calling it an epic doesn’t do it justice, for both pairs were put through the severest physical and mental strain that badminton could demand of them in each of the three games, which ended 13-21 21-19 24-22 for Japan. That Yonao and Fukuman could nail the final point – having missed three match points – was testament to their vast reserves of physical and mental skills. Head coach Park Joo Bong was in tears at the end of the match. The Women’s Doubles final will be an all-Japan affair, with Yonao and Fukuman playing Misaki Matsutomo and Ayaka Takahashi. Fukuman and Yonao need to win the final to make it to Rio.

Fukuman and Yonao were 3431 points behind Korea’s Chang Ye Na/Lee So Hee going into the tournament, with both fighting for eighth place in the Race to Rio rankings. The equation on Saturday was clear – if Chang/Lee won their semi-final against Misaki Matsutomo/Ayaka Takahashi, they would stay ahead of Yonao/Fukuman. In the event, Matsutomo/Takahashi gave their compatriots a lifeline by beating the Koreans in the first semi-final.

“The Japanese team was cheering for us and we felt we were all fighting for it together,” said a teary Fukuman.

“It was an amazing match,” said Park. “I know both our pairs in the final will give their best.”

It was an eventful semi-finals day, with Lee Chong Wei trumping nemesis Lin Dan to make the Men’s Singles final, while Chinese teenagers Li Junhui and Liu Yuchen stole the limelight in Men’s Doubles from their seniors Fu Haifeng and Zhang Nan.

Lee to Take on Chen Long

Lee’s win – his second straight on his rival’s home turf – was the feature of the day’s singles semi-finals. It was a match of two parts. The first two games were a classic battle showcasing the very best of Men’s Singles; with the evenly matched antagonists wary of the quality of their opponent’s defence, the occasion demanded patience rather than purely attacking prowess. The patient play resembled a dance that built up to a crackling finale, each testing the other with precision lobs and steep angles: question followed by counter-question, until one put in a burst of pace to create the opening. Lee was serene in movement and strokeplay, all unhurried elegance, while Lin showed his unmatched repertoire of strokes.

At a game apiece, a climactic finale beckoned, but two things happened. Lee maintained his breathtaking pace, while Lin’s level dipped ever so slightly. The Malaysian was soon all over him, with steadily increasing leads of 13-1 and 18-4. With the match out of his grasp, Lin threw in the towel, not even bothering to attempt the last serve from Lee.

“The first two games were classic,” said Lin. “In the third, I just couldn’t keep my focus. More than the physical aspect, I feel I faltered mentally. I had a lead in the first game and I didn’t convert it; maybe that affected me.”

Li Junhui and Liu Yuchen (featured image) enjoyed a dream day in front of their home crowd as they put in a blistering performance to shock veterans Fu Haifeng and Zhang Nan. Nearly everything the youngsters did came off; at times even the formidable Fu looked at a loss as his powerful smashes were returned with interest. Still, with Zhang and Fu closing down a big 4-11 deficit in the second, it looked like experience would triumph over youth. Li and Liu however did not flag under pressure and finished winners 23-21 21-19.

Up next for them will be Korea’s Lee Yong Dae/Yoo Yeon Seong, who weathered the challenge from Japan’s Takeshi Kamura/Keigo Sonoda, 21-17 21-18.

Ko Sung Hyun and Kim Ha Na promised to make things difficult for top seeds Zhang Nan/Zhao Yunlei in the Mixed Doubles semi-final. Kim was sharp to begin with, creating a number of winners with her interceptions and setting up the openings for Ko to smash down.

However, the Koreans slightly wavered when they had the opportunity to slam the door, and that’s all Zhang/Zhao needed to force their way back in. With the first game under their belt and their confidence riding high, Zhang/Zhao stormed past their opponents 21-19 21-11.

Tontowi Ahmad and Liliyana Natsir faced little trouble from Korea’s Shin Baek Cheol/Chae Yoo Jung. The Indonesias were mostly on song – except on a couple of occasions when they clashed going for the shuttle – and were never threatened by the Koreans during their 21-16 21-13 victory.

Li Xuerui’s vice-like grip over Sung Ji Hyun showed no sign of relaxing. The Korean had a 1-12 record going into Saturday’s Women’s Singles semi-final. Sung showed plenty of heart in the opening game, but once the top seed took it, the Korean fell apart in the second, 22-20 21-11.