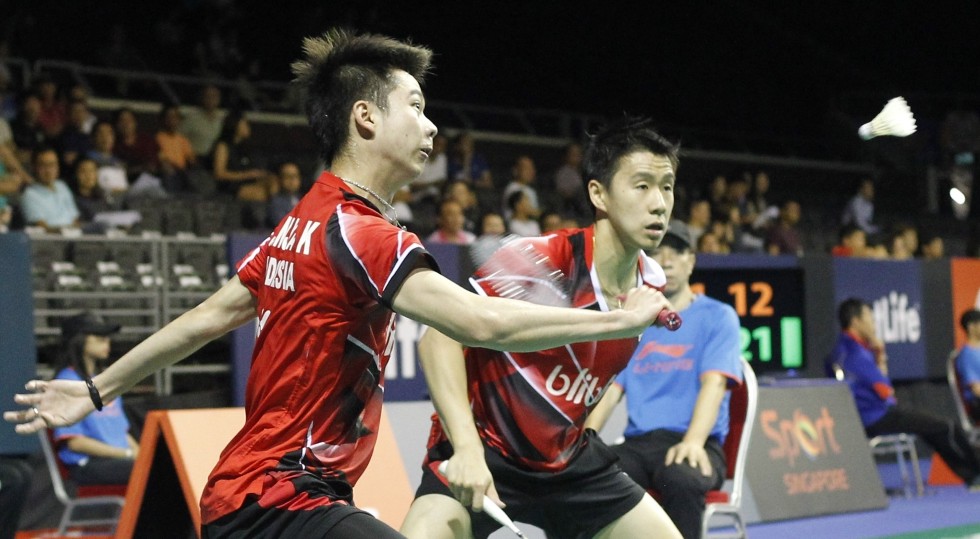 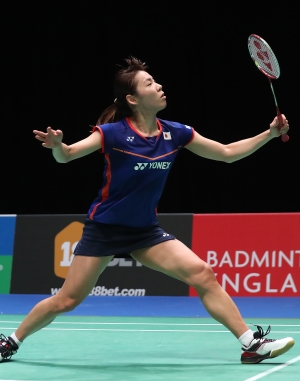 The Thai, winner of three straight Superseries – in India, Malaysia and Singapore – finally ran out of gas as she ran into a determined opponent. Intanon’s weariness was obvious by the third game, and although she fought gamely, Sato pulled ahead comfortably in the end: 17-21 21-16 21-17.

“I didn’t want to stress over my performance here,” said the Thai. “I’ve won three Superseries in a row; my main aim while coming here was to try and maintain my form and to learn as much as possible. I need more time to improve myself.”

The young Indonesians (featured image) prevailed in a battle between two Men’s Doubles pairs that have won World Superseries titles this season. Yonex-Sunrise India Open champions Gideon and Sanjaya shrugged off the loss of the opening game and got the better of Celcom Axiata Malaysia Open winners and No.7 seeds Kim Gi Jung/Kim Sa Rang 13-21 21-19 21-16.

The Indonesians will be up against Japan’s Takeshi Kamura/Keigo Sonoda, who snuffed out Malaysia’s Koo Kien Keat/Tan Boon Heong 21-13 21-18.

Among the surprises of the day was the abrupt loss of World champions Mohammad Ahsan/Hendra Setiawan to young Chinese Li Junhui/Liu Yuchen. The Indonesians were totally off-colour, committing a series of errors to go down 15-21 21-15 21-13.

Women’s Singles saw a couple of exciting battles, with Li Xuerui and Tai Tzu Ying getting out of trouble against Akane Yamaguchi and PV Sindhu respectively.

Home favourite Li was under plenty of pressure from the quick moving Yamaguchi, who, covered up her shortcomings magnificently. Having fallen victim to Li’s attacking repertoire in the first game, Yamaguchi adjusted well and prevented the top seed from dominating the exchanges. With the Japanese getting the better of her in the rallies, Li appeared distinctly uneasy.

Yamaguchi however undid all her good work with her over-reliance on the high serve, which let her down at critical moments. Apart from a couple that landed wide, a high serve at 19-18 invited a razor sharp smash from Li, and the match was lost from there, 21-16 18-21 21-19.

“Li is very good at the net, so I thought it was worth the risk to serve high to her and keep her at the back,” said Yamaguchi. “At 19-18, the serve was a little bit short and she got the smash winner.”

Chinese Taipei’s Tai Tzu Ying looked out of sorts until halfway in her match against India’s Sindhu, pulling herself up only when she was down 8-14 in the second. She levelled at 15, saved one match point, and breezed past a disappointed Sindhu in the third: 13-21 22-20 21-8. Li and Tai face off in the quarter-finals, while Sayaka Sato meets Korea’s Sung Ji Hyun, an easy winner over Hong Kong’s Yip Pui Yin. 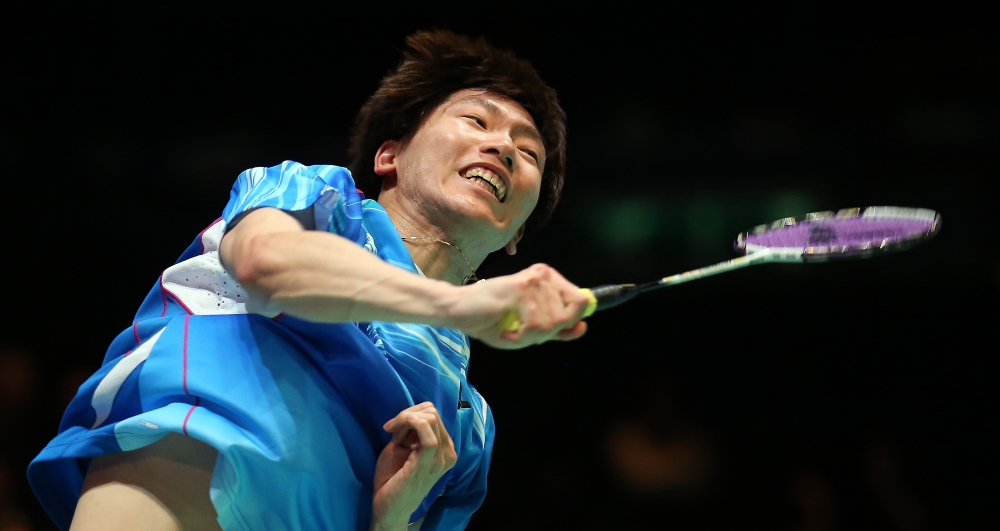 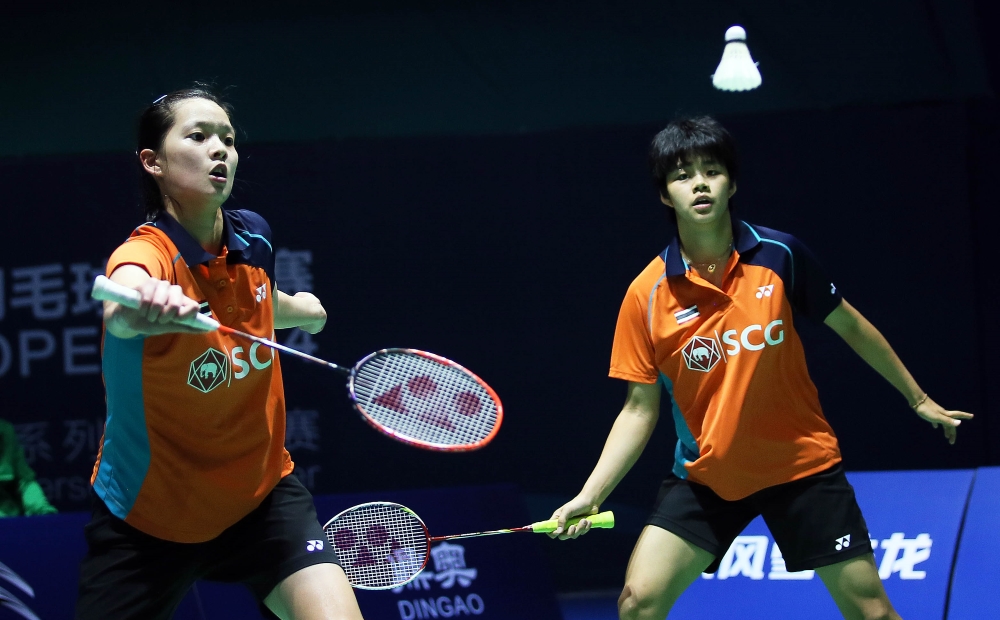 China suffered a blow in Mixed Doubles when Liu Cheng pulled up with back injury early into his Mixed Doubles encounter against Thailand’s Bodin Issara/Savitree Amitrapai. Another Chinese pair, Xu Chen/Ma Jin, were listless in a quick loss to Indonesia’s Tontowi Ahmad/Liliyana Natsir, 21-12 21-16.