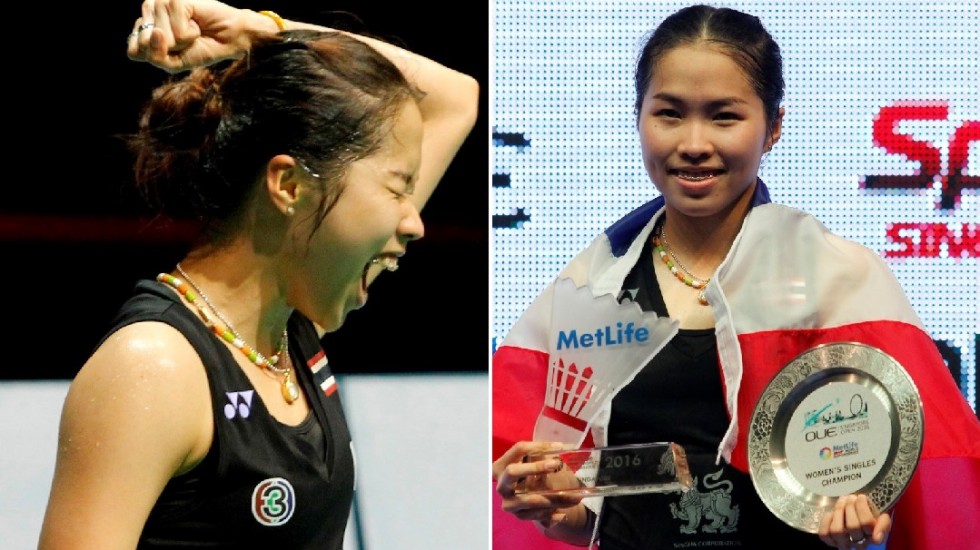 Ratchanok Intanon may need to put an ‘S’ on her chest after today’s extraordinary feat in the OUE Singapore Open 2016 final that earned her a third World Superseries title in three weeks – a historic first by a singles player.

The Thai superwoman’s incredible 18-21 21-11 21-14 comeback against defending champion, Sun Yu, ensured that when the world rankings are

updated on Thursday she will sit at the summit of Women’s Singles – another milestone in her young but already starry career.

“I am so happy. My target is to be No.1 and I am very proud of myself,” said Intanon, greeted by her country’s ambassador to Singapore, Thongchai Chasawath, in the aftermath of one of her sweetest victories.

“When I woke up today my legs felt like they had no power and I was in pain but I told myself ‘One more match’ and I thought of all my fans at home supporting me. That’s how I motivated myself. I told myself – win or lose – I will give my best.” 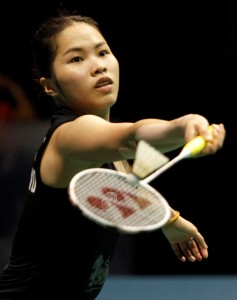 winner; worn down by the relentless wizardry and determination that kept the shuttle coming back, again and again, in varying lengths, speeds and directions. Intanon had thrashed all-comers in the past fortnight and here, in Singapore Indoor Stadium, was bearing down on her mission improbable!

An imposing opponent in size, the Chinese title-holder may have thought it would be her day when she gained the upper hand in the opening game as they changed sides. However, Sun and anyone else who thought Intanon’s chance of a hat-trick had evaporated, were sadly mistaken. The 21-year-old was only just warming up!

Over the course of the next two games, Intanon (featured images) produced a spell-binding array of shots, languidly dancing around the court, weaving magic with her racket as she wrestled control from Sun who, to her credit, continued to put up a decent fight – or as good a fight as she could when the shuttle wasn’t flying past her for another winner. Intanon’s 11-10 at the break was quickly 18-11 as Sun’s errors mounted. A neat drop into the front court sealed the honours for the challenger and ensured a third chapter in this riveting battle.

Ultimately it would be the 2013 World champion – her smile adorned with braces – who would canter away in the decider; her fairytale three weeks wrapped up in deafening applause as point after point came her way: 11-6 became 15-7 and then 19-11 as another smash rocketed past Sun’s left hand, putting the champion on her haunches. It was all but over.

An instant-review reprieve at 20-12 only delayed the inevitable, which when it came – Sun smashing into the net – left no doubt that, though Singapore is the Lion City, it was a lioness who produced the loudest roar! 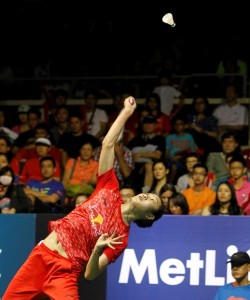 Revealing she sometimes trains until she cries because her workouts are so tough, the new world No.1 said her phenomenal back-to-back-to-back results in India, Malaysia and now Singapore are a massive boost as she focuses on the Rio 2016 Olympic Games in August. Before that grand occasion, Intanon will defend her titles at the Badminton Asia Championships and the Indonesia leg of the MetLife BWF World Superseries – the fifth event of 12 in the race to qualify for the prestigious Dubai World Superseries Finals in December.

Sun, still pleased to reach the Singapore final yet again, said: “I performed better in the first game. In the last two games, I got anxious and I panicked. Ratchanok changed her tactics and, in the last game, she had a huge lead. I didn’t have a firm strategy to handle that situation.”

She added that Intanon’s all-conquering run would certainly be “a boost in confidence” for the Thai player and “(her performance) is something I should learn from”.

It was an afternoon for the feel-good factor in Men’s Singles too as a fired-up Sony Dwi Kuncoro rolled back the years with a superb performance to wrest the crown from Son Wan Ho of Korea. 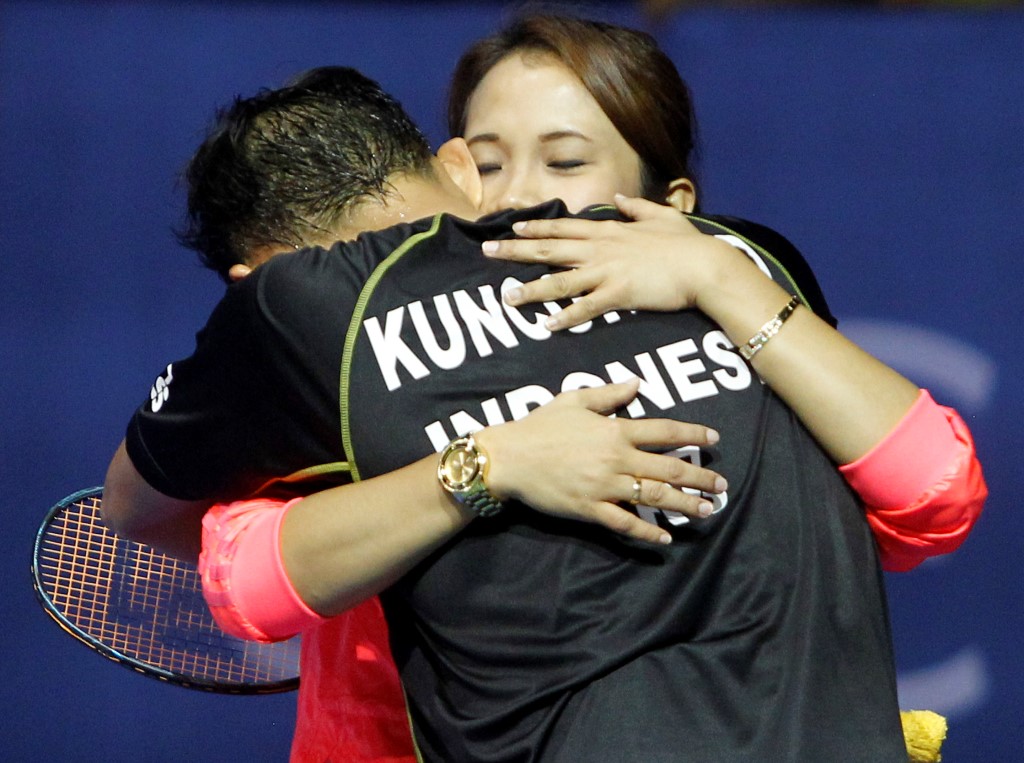 At age 31, he has struggled with injuries and adjusting to no longer being in the Indonesian national team. Amid these challenges, the veteran shuttler has been inspired by the results which peers like Lin Dan, Lee Chong Wei and Lee Hyun Il are still reaping.

“It is amazing to win this title, coming from the qualifying round. I really want to thank my wife for supporting me and thanks also to all the Indonesian fans here and at home. This is a very meaningful moment in my career,” said Kuncoro, who last won a World Superseries in Singapore in 2010.

Winning the Singapore Open as qualifier emulated the achievement of his compatriot, Simon Santoso; the Men’s Singles champion in 2014. 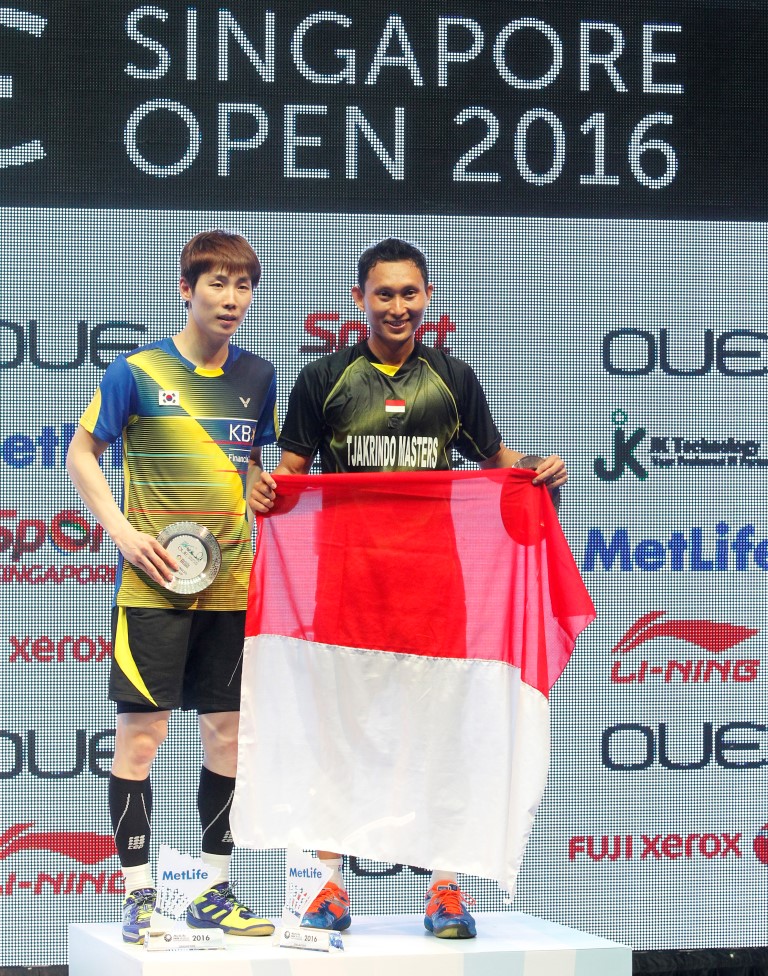