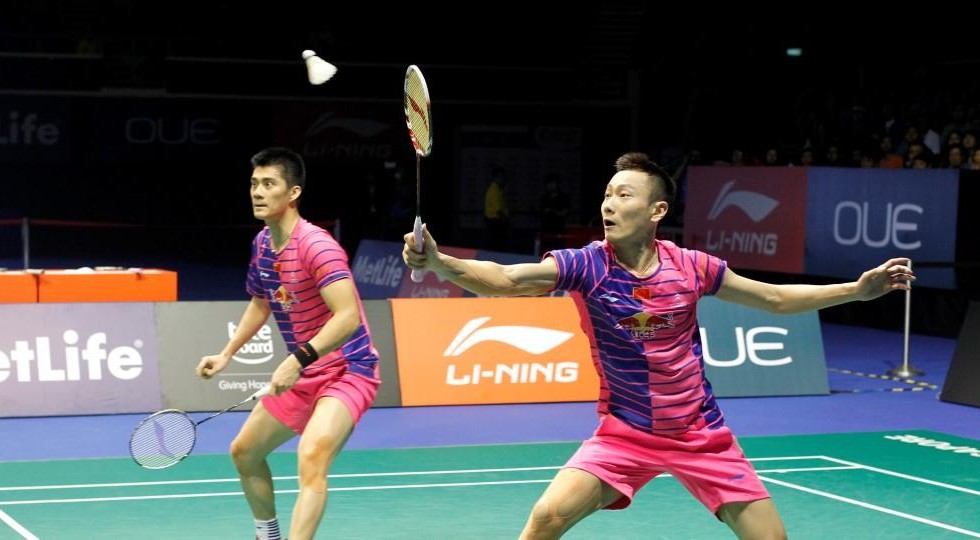 A dominant performance by Ko Sung Hyun and Kim Ha Na – one of the stand-out Mixed Doubles pairs late last year – earned them a first-ever crown in the Lion City today.

Opposing China’s long-standing partners, Xu Chen and Ma Jin, the Koreans were in cracking form from the outset and never really gave their rivals a chance in the final of the OUE Singapore Open 2016.

It was clear from early that the winners’ trophy and cheque would be heading to Seoul and the rites were duly completed in 40 minutes: 21-17 21-14. 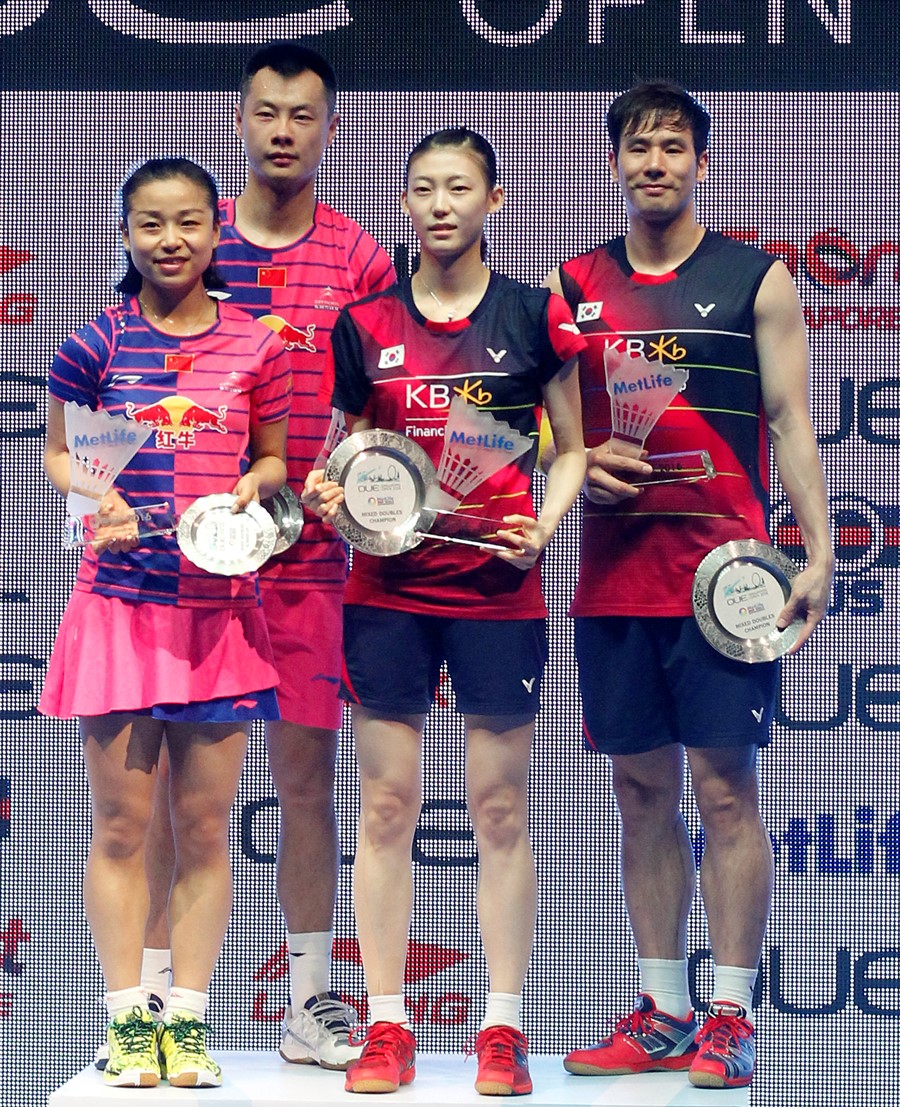 “This is our first time winning here so we’re very happy. It’s a Superseries event and the most prominent players have been competing here,” said Kim.

Noting they have opposed the Chinese on several occasions, the doubles specialist noted they have devised various tactics to counter how Xu and Ma play. She also thanked fans for their strong support throughout the week, saying: “It makes us feel like we are playing in Korea.”

Meanwhile, Takeshi Kamura and Keigo Sonoda would regret that they could not find that little extra to push Fu Haifeng and Zhang Nan (featured image) to a third

The Japanese – the surprise package of the finals – showed they were worthy finalists in their first Sunday appearance in a World Superseries tournament. Having surrendered the opening game cheaply, they matched their more experienced opposition, point for point, in the second game and even saved a match point before falling 21-11 22-20 to the Chinese No.4 seeds.

“It has been a while since we played such an intense game. I felt really challenged. We worked hard for this victory. It is good preparation for the Thomas Cup,” said a smiling Zhang Nan; his partner agreeing that the Japanese gave a good account of themselves. 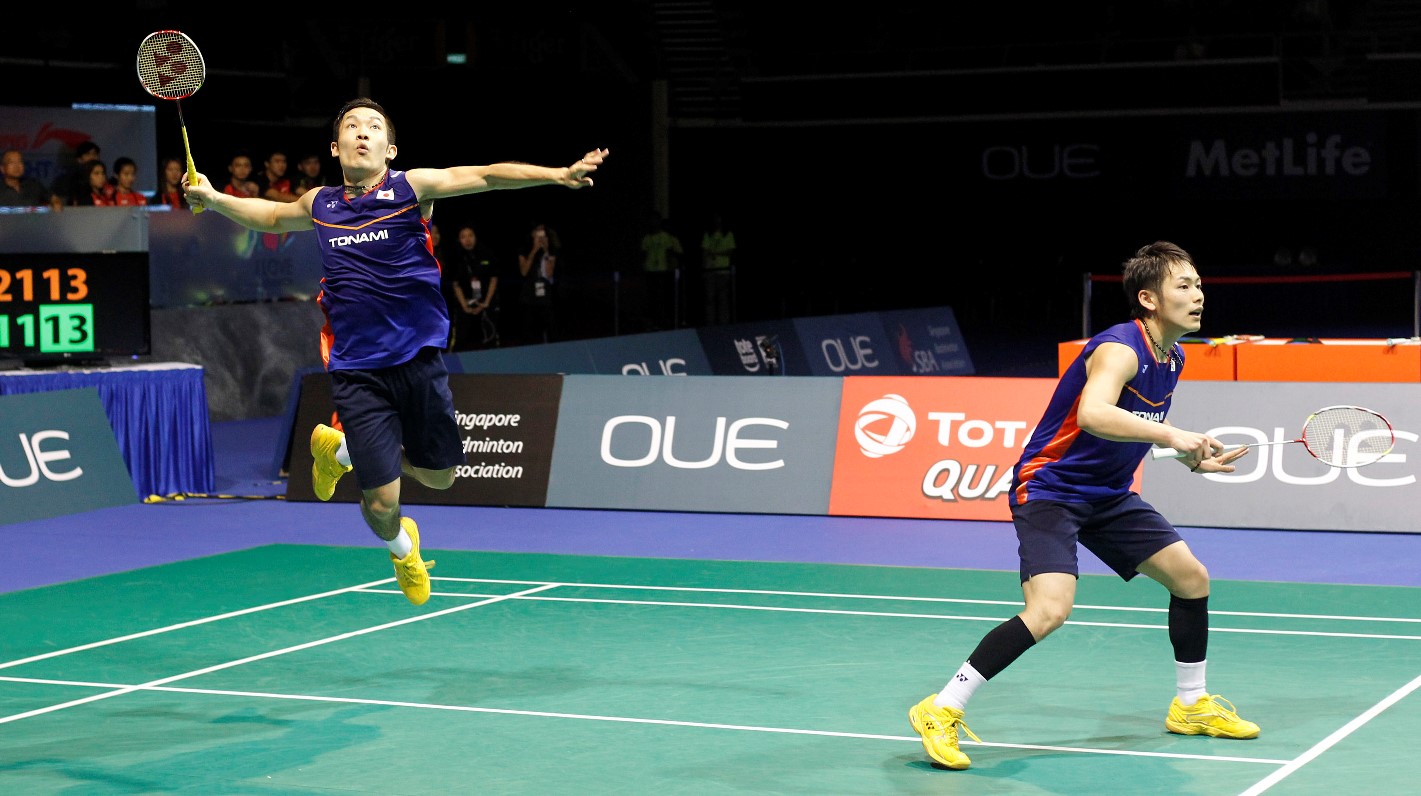 Nitya Krishinda Maheswari and Greysia Polii of Indonesia won the Women’s Doubles title by walkover. A match that would have pitted the top two seeds against each other never came to fruition as Ayaka Takahashi and Misaki Matsutomo withdrew due to an ankle injury which the latter sustained in yesterday’s semi-final. This misfortune robbed the Japanese – who have already won in Birmingham and New Delhi – of the opportunity to stretch their lead in the Women’s Doubles race to qualify for the year-end Dubai World Superseries Finals.

Both pairs addressed the spectators, noting their disappointment that they could not play the match but promised to return next season. Assessing their progress in recent weeks, Polii revealed she and Maheswari almost did not come to Singapore because they wanted to return home and work on some aspects of their game after two successive semi-final defeats in India and Malaysia.

“I made some mistakes in the last two tournaments and I wanted to get back my confidence. Nitya wanted to work on her match fitness, to get better physical preparation. We discussed it with our coach and we decided to come,” explained Polii.

“We are grateful to be champions and to have shown some consistency. The standard of competition in Women’s Doubles is very high and we have to keep working to be among the best. China is still the best, with a lot of good pairs, but we know that if we are at our highest level we can be right up there with them.” 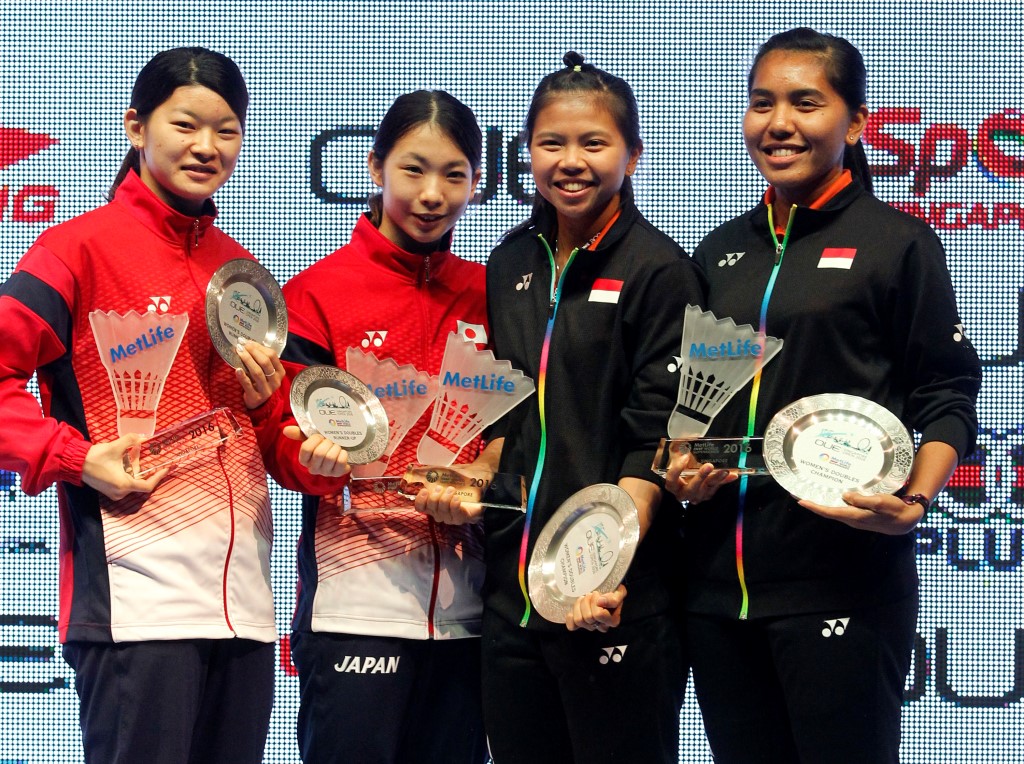