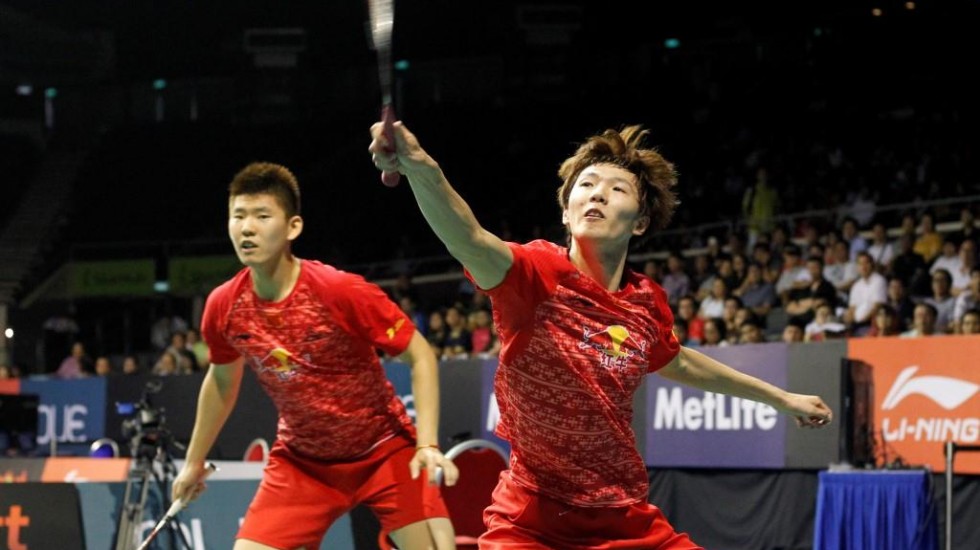 There will be no celebratory steak for Chen Long this weekend as the world No.1 was today ousted in straight games by a player whose adopted name lends itself to meaty headlines.

21-14 21-18 – in their battle at the OUE Singapore Open 2016, the blossoming Men’s Singles talent was almost as surprised by the result as the spectators who had barely settled in their seats for the afternoon’s opening match.

“This is beyond my expectations. I was ready for the first game and I used my speed to create attacking opportunities. In the second game, even though I was losing, I remained calm and I didn’t panic,” said the doubles-turned-singles player who upended the legendary Lin Dan on home turf in Hong Kong last November.

“I stuck to my strategy and it worked. My aim was to quickly move him to the back of the court with my first shot and take advantage of the time to move the shot back to the front court.” 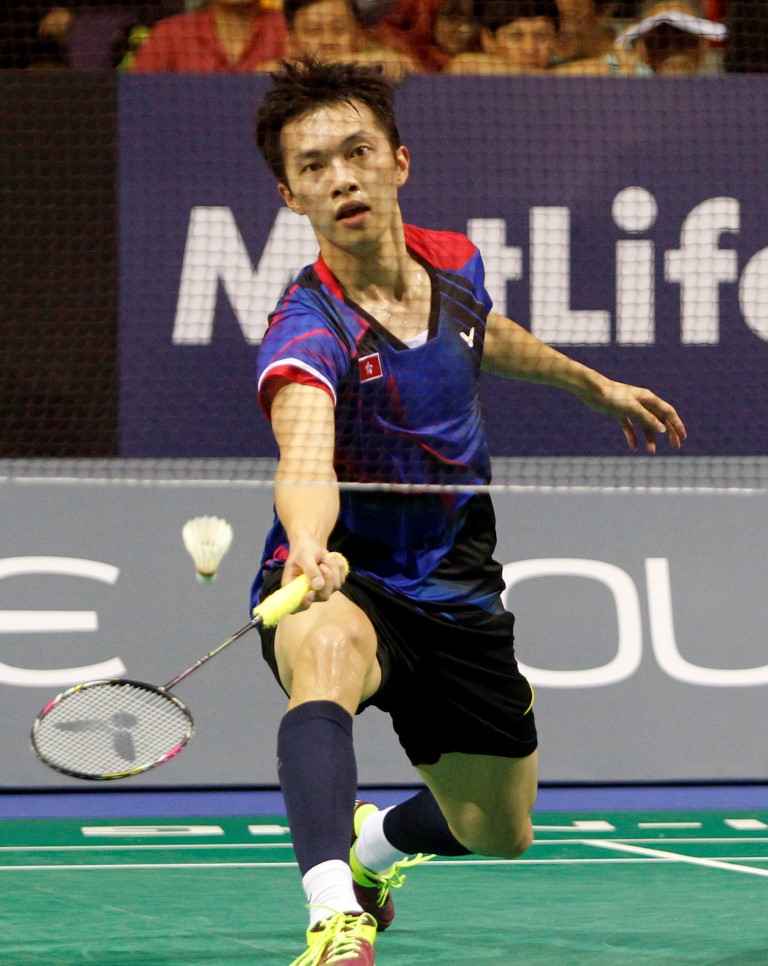 The outcome was particularly stunning as the experienced Chen began the second game like a man on a mission, racing to a 12-4 lead as he sought to square the score. Unflappable 21-year-old Ng steadily worked his way back into the game and – aided by some unusual lapses from his more accomplished rival – suddenly found himself ahead 17-14, having reeled off ten unanswered points. Across the net, Chen Long looked unsure in shot selection, grimacing and staring at his racket with each mistake. Long-range strokes as well as tight net shots failed him and, when Ng arrived at five match points, it was hard to see how the champion shuttler would conjure up a third escape in as many days. 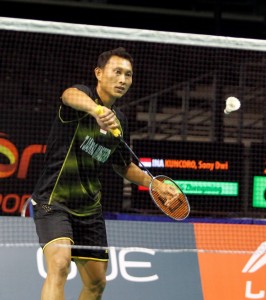 He couldn’t and, despite a final flourish – including a sizzling backhand drive that secured his last point – Chen bowed out.

“I thought I was going to win the second game as I was well ahead of him. I let my guard down and didn’t play as tenaciously as yesterday,” assessed the 27-year-old top seed, known to indulge in a steak dinner to mark tournament triumphs.

“He played better than me in all areas today. His shots were fast, especially in the first game. In the second, I did not do well even though I was leading. I made some errors in judgment.”

Ng will play Korea’s Son Wan Ho in the semi-finals while Lin Dan shoulders China’s hopes versus veteran Indonesian, Sony Dwi Kuncoro. The latter has enjoyed an amazing run this week, progressing from the qualifying round. He beat Lin’s compatriot, Wang Zhengming (24-22 12-21 21-16), to reach the last four.

Women’s Singles top seed, Carolina Marin, also lost in dramatic fashion to a resurgent Akane Yamaguchi. The Japanese dynamo came from a game down to defeat the two-time World champion in a tough fight lasting 71 minutes. The Spaniard appeared to be mounting her familiar rearguard revival in the third game, clawing back from 12-17 to 18-17 but Yamaguchi, who has not been at her best lately, raised her level to snatch the morale-boosting honours, 13-21 21-18 21-18; much to the delight of pockets of flag-waving Japanese spectators. 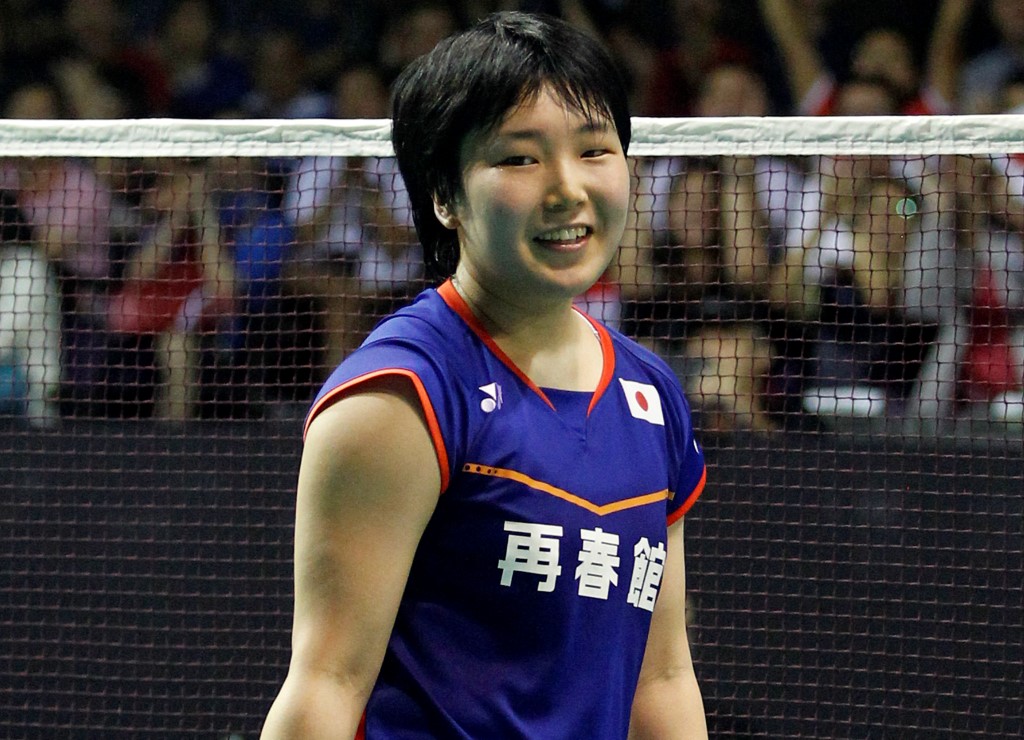 “I tried to keep the shuttle flat because Carolina’s smash is very fast and powerful. I didn’t want to give her a lot of chance to attack me,” said the happy winner.

Disappointed Marin – yet to win a World Superseries title this year – said the difference was that her opponent “played better around the net”. The 22-year-old vowed to work on improving for the rest of the season.

Yamaguchi now tackles Ratchanok Intanon who is hunting for her third World Superseries title in three weeks, having conquered in India and Malaysia. In an all-Thai contest, she overcame team-mate, Porntip Buranaprasertsuk, 21-12 21-18. The other Women’s Singles finalist will be Chinese as defending champion, Sun Yu, takes on He Bingjiao. Sun battled past Korea’s Sung Ji Hyun (21-15 19-21 21-19) while He beat Beiwen Zhang of the 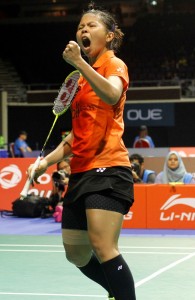 Fans also witnessed surprises in Men’s Doubles as World champions Mohammad Ahsan and Hendra Setiawan were pummelled into submission by Li Junhui/Liu Yuchen of China (featured image) while No.3 seeds, Chai Biao/Hong Wei, also lost. The No.2 seeded Indonesians appeared powerless versus the young twin towers who romped to a 21-11 21-11 win. In the semi-finals, the Chinese face Takeshi Kamura and Keigo Sonoda of Japan who motored past Chai and Hong (21-15 21-8). Korea’s Lee Yong Dae/Yoo Yeon Seong face a mouth-watering clash with Fu Haifeng/Zhang Nan (China) in the other semi-final. 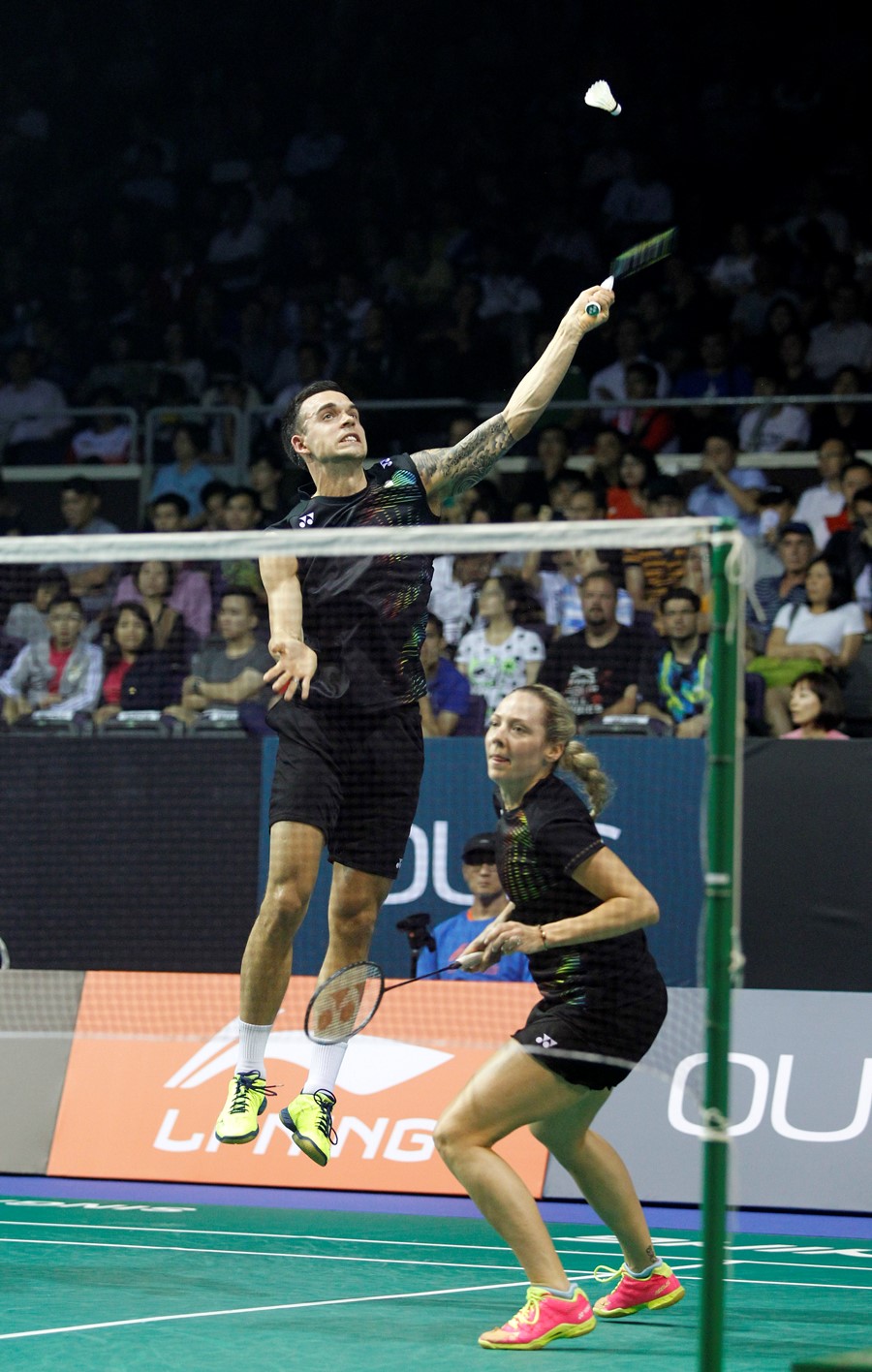