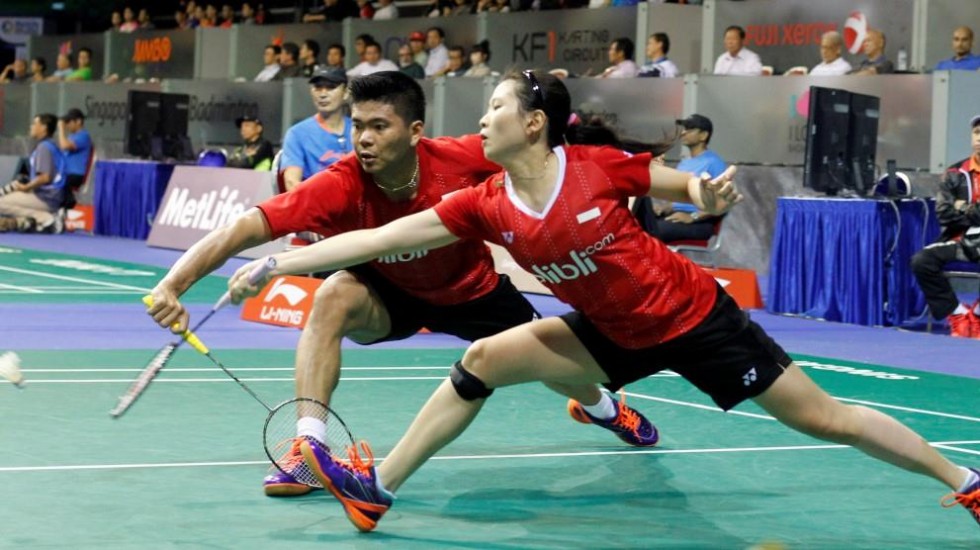 Five continued to be the unlucky number at the OUE Singapore Open 2016 today as three more No.5 seeds tumbled out of the tournament in the second round. 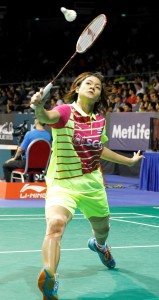 No.5 seeds in their respective categories.

Later in the proceedings, the aspirations of the No.5 Women’s Singles seed – Wang Yihan – to qualify for the Rio 2016 Olympic Games took a major hit as she buckled under the pressure and attack of Porntip Buranaprasertsuk. The ever-improving Thai shook off a spanking in the first game and regrouped well to triumph, 9-21 24-22 21-17.

These ominous results followed the first-round shock exit of Men’s Singles No.5 seed, Jan Jorgensen of Denmark, yesterday at the hands of Japan’s Sho Sasaki.

Only Indonesia’s Praveen Jordan and Debby Susanto (featured image) escaped the carnage that befell all those in the number five slot for this tournament – and just barely!

This year’s All England Mixed Doubles champions scraped through, 17-21 21-18 22-20, versus Yoo Yeon Seong and Chang Ye Na. Showing nerves of steel, they withstood four match points to rally from 16-20 down in the decider and beat the Koreans, reeling off six straight points.

“We still had hope at 16-20 down. It wasn’t impossible and we just took it one point at a time,” said Jordan after their heroics.

Told the fate of all the other No.5 seeds, the pair was stunned and clearly relieved to have been the exception.

“Wow, we didn’t know that! We were so close to being out. We didn’t even realise we were the No.5 seeds. We hope we can turn the luck our way now,” declared Susanto.

Amid the early demise of top players, fans were treated to fine performances by young talents who are destined to make their mark on badminton’s big stage in the near future. The most evident of these is undoubtedly the Chen-Jia combination that is already troubling some of Women’s Doubles most seasoned partnerships. Today it was the turn of Chang/Lee to feel the teenagers’ wrath – 21-19 21-11. 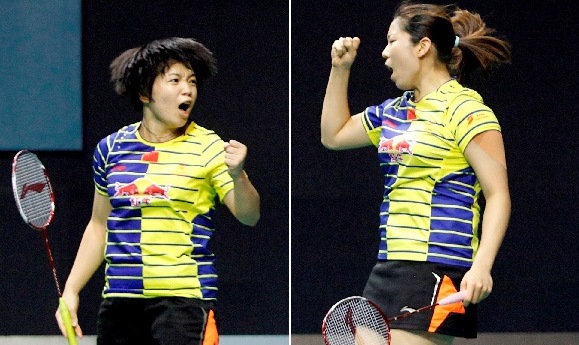 Just five months ago, Chen and Jia were lifting their second straight World Junior title in Peru and this year the young Chinese have been unleashed at senior level. Already they boast some prized scalps, including accomplished Danes, Kamilla Rytter Juhl/Christinna Pedersen, in the first round of last week’s Celcom Axiata Malaysia Open.

“We know we have the potential to do well and we are pleased with how we are progressing,” said 19-year-old Yifan.

“Today was another good match. We want to keep pace with our senior team-mates and continue to gain experience.”

Heartening returns also came from their blossoming compatriots, Li and Liu in Men’s Doubles, winning over their Japanese opponents (22-20 18-21 21-18), and He Bingjiao, also promoted to the senior ranks this year. The latter showed her mettle in Women’s Singles, shooting down lanky Indian, PV Sindhu, 11-21 21-14 21-14. 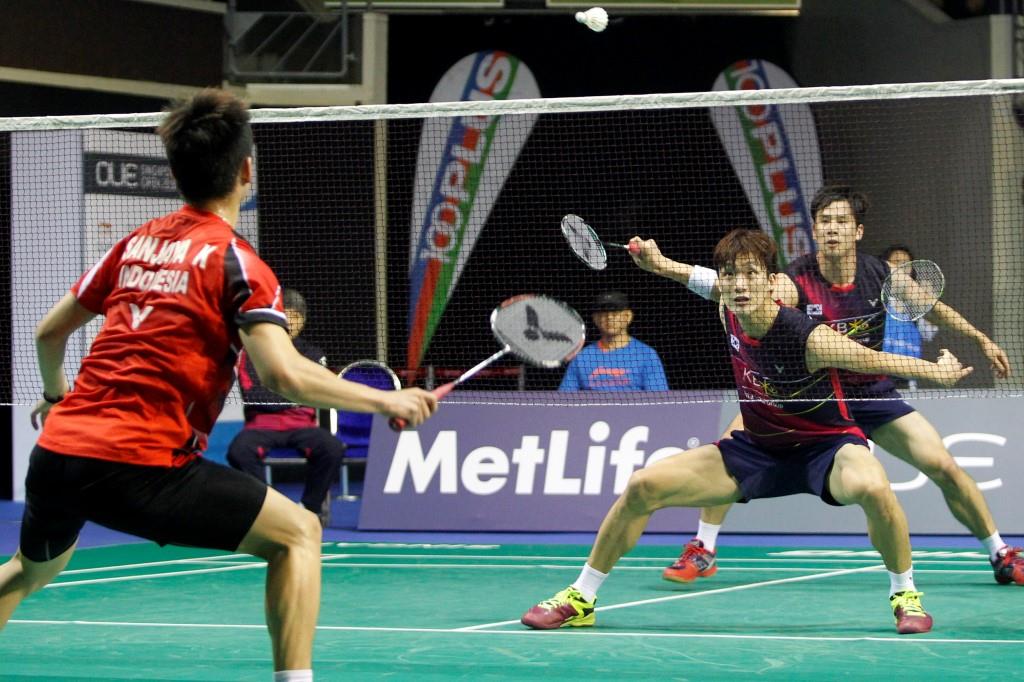 Japan experienced both sides of the seedings rout as Nozomi Okuhara suffered her second disappointment in as many events while her Mixed Doubles team-mates – Kenta Kazuno and Ayane Kurihara – celebrated a surprise win. The diminutive Okuhara fell victim to the towering Sun Yu; the Chinese winning 21-16 21-11 over the No.2 Women’s Singles seed as she continued the defence of her title. By contrast, Kazuno and Kurihara defeated Liu Cheng and Bao Yixin – the No.2 seeds – 19-21 21-16 21-18. 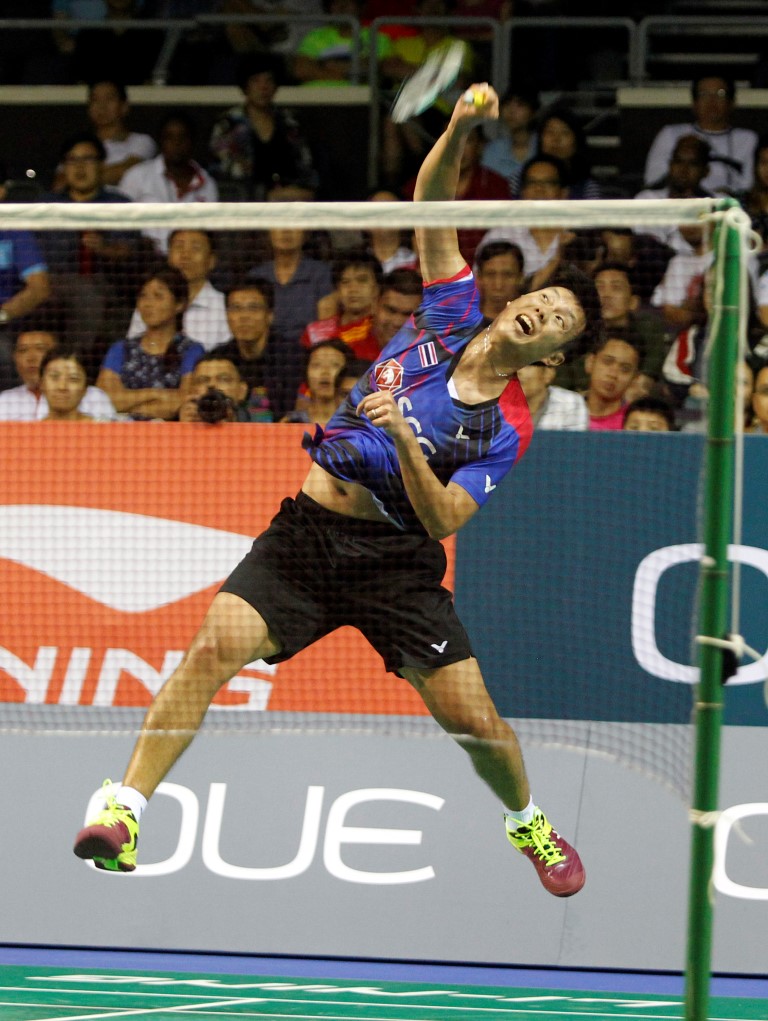 Elsewhere, Denmark’s Viktor Axelsen perished in Men’s Singles (14-21 21-12 21-7 to Korea’s Son Wan Ho) while Chen Long endured another lengthy ‘day at the office’ as he overcame an inspired Boonsak Ponsana. The veteran Thai, previously a champion in Singapore, threatened to roll back the years with a vintage performance that saw him snatch the first game and then pull back to 15-15 from 10-14 down in the second.  However, the No.1 seed again found the best of his arsenal when required, running away – 17-21 21-18 21-9 – to keep his hopes of a first-ever Singapore success intact.