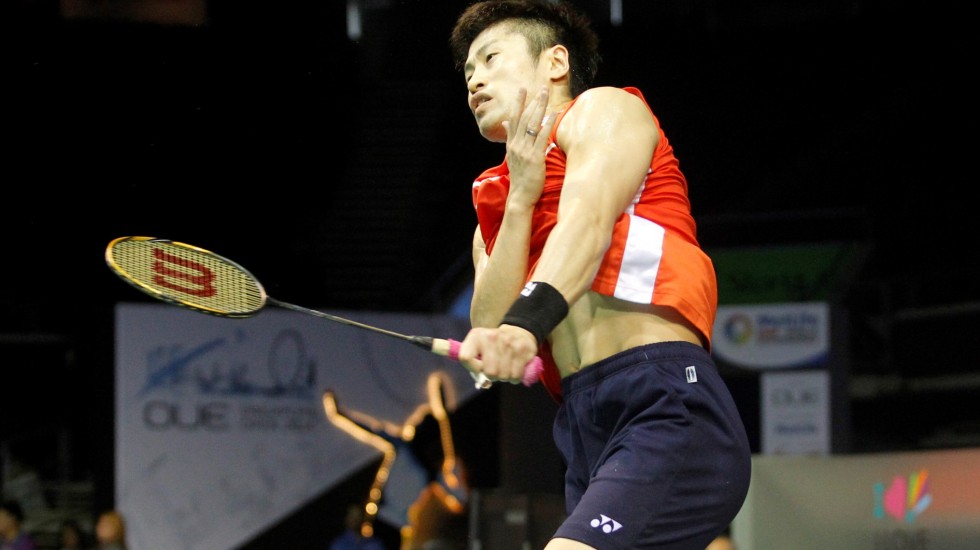 Top seed Chen Long survived to fight another day, passing a stern test in the opening stage of the OUE Singapore Open 2016 today.

Looking well below his best, the two-time World champion summoned all his experience and resolve to claw past HS Prannoy – 18-21 21-18 21-19 – and into the Men’s Singles second round of the MetLife BWF World Superseries event.

However, fate was not so kind to No.5 seed, Jan Jorgensen, as the Danish ace was sent packing 21-16 22-20 by Japanese veteran Sho Sasaki to be the

first big-name casualty. Having reached last weekend’s semi-finals of the Celcom Axiata Malaysia Open 2016, Jorgensen touched down in Singapore optimistic of another good performance but that was not to be in his final World Superseries foray before the Rio 2016 Olympic Games Qualification Period ends on 1 May.

Others leaving the Lion City early include Chinese Taipei’s Chou Tien Chen and Prannoy’s compatriot, Kidambi Srikanth. Both have endured miserable seasons so far and their on-court problems continued to haunt them inside the Singapore Indoor Stadium. No.7 seed Chou fell to the blossoming Ng Ka Long. The Hong Kong athlete won 21-9 21-19 while Srikanth squandered a promising start against Hsu Jen Hao (Chinese Taipei) to be ousted 11-21 21-18 21-18; his third successive, first-round demise in World Superseries tournaments.

Meanwhile, the 71-minute battle between Chen and Prannoy featured three see-saw games in which one player then the other grabbed the advantage. The Indian – with a reputation for troubling top guns – seized the ascendancy from 12-12 in the first game and motored on to claim the upper hand. 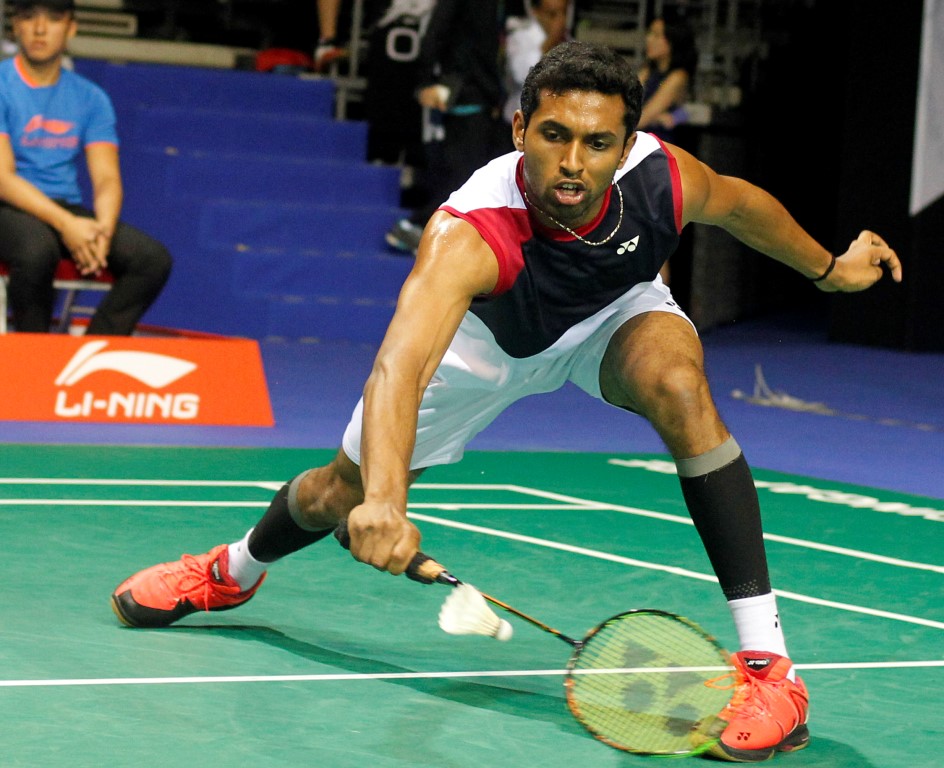 Again 12-12 proved the pivotal juncture in game two as the Chinese titan pulled back from 4-8 down to press ahead 15-12. However, just when it looked like Chen would easily level the proceedings, he faltered again to be three points from defeat; the score deadlocked 18-18.

A small but noisy crowd urged on the world No.1 who, in only his third appearance at this tournament, is desperate to reach the quarter-finals which he has never done. Buoyed by the support, Chen forced a decider. Once more, he found himself under pressure, letting leads of 9-5 and 12-8 slip, and in familiar and somewhat perilous territory at 18-18 again. Some rash play by Prannoy, who smashed wide on match point, versus Chen’s steady nerves proved decisive; the winner visibly relieved at the outcome.

“My performance was not up to standard. I’m unfamiliar with the stadium’s drift so I made a lot of mistakes. I think I was lucky today,” said 27-year- 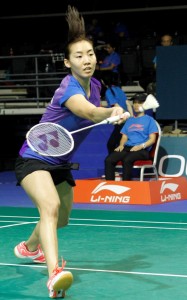 Women’s Singles said goodbye to Tai Tzu Ying. The No.7 seed from Chinese Taipei could not back up her runner-up finish in Malaysia with another strong showing. She went down to China’s He Bingjiao who rebounded well for a 19-21 21-17 21-17 victory. Top seed, Carolina Marin, and other leading contenders advanced to tomorrow’s action. Marin dispatched Indonesia’s Lindaweni Fanetri for the loss of 12 and nine points respectively in straight games while the red-hot Ratchanok Intanon began her quest for a third World Superseries title in a row, breezing past Hong Kong’s Cheung Ngan Yi, 21-14 21-10. China’s Wang Yihan beat Bae Yeon Ju, 21-15 21-15.

“I went home to Thailand and then came here so I feel a little tired. I am not worrying about winning right now. I’m trying to relax and play my best. I hope to reach the quarter-final and then see what happens,” said 21-year-old Intanon who conquered all-comers on the World Superseries tour in India and Malaysia over the past fortnight.

Also returning to the spotlight were Akane Yamaguchi of Japan and Canada’s Michelle Li who face each other next. Sidelined from competition since last month’s YONEX All England Open, the latter brushed aside newcomer, Lyanny Mainaky of Indonesia, 21-14 21-11, as Yamaguchi made equally light work of another Indonesian, Febe Maria Kusumastuti (21-15 21-11).

“I had a few injuries so I took some tournaments off. I am a lot better now. Today was pretty easy but I have room for improvement. It’s good to be back,” said Li, the reigning Commonwealth Games gold medallist. 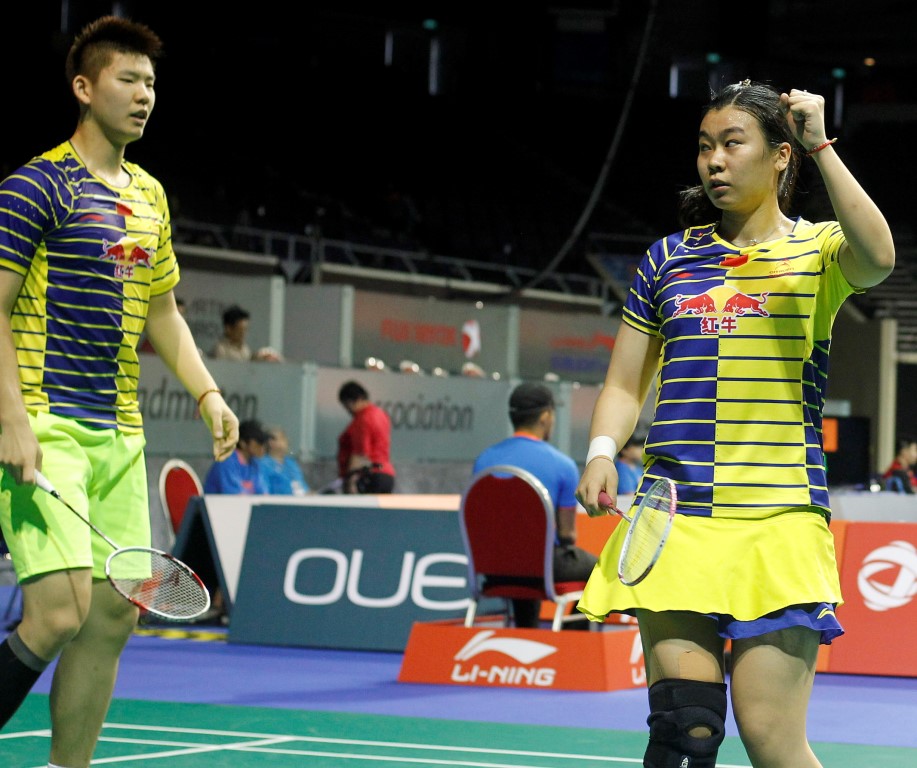 Most doubles matches went pretty much according to the seedings, the notable exception being the loss of Men’s Doubles duo, Kim Gi Jung/Kim Sa Rang. Three days after savouring glory in Malaysia, the Koreans were defeated by a fiesty Takeshi Kamura and Keigo Sonoda. The Japanese, who were close to taking the first game, eventually won 22-24 21-16 21-14 amid a barrage of fast-paced exchanges.

Mixed Doubles duo, Lu Kai and Huang Yaqiong, also perished. Having wrested the India title two weekends ago, the No.8 seeds from China suddenly cannot get past the first round. As occurred in Malaysia, they were derailed in the first round, ironically by team-mates, Liu Yuchen/Tang Jinhua (21-15 20-22 21-8); the latter being Huang’s Women’s Doubles partner. 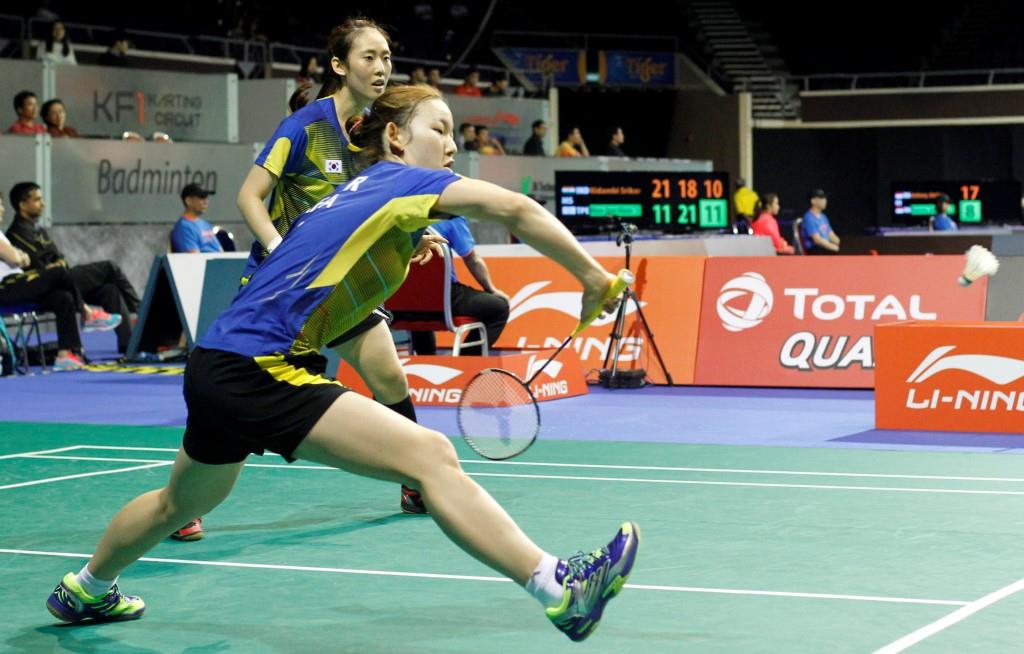