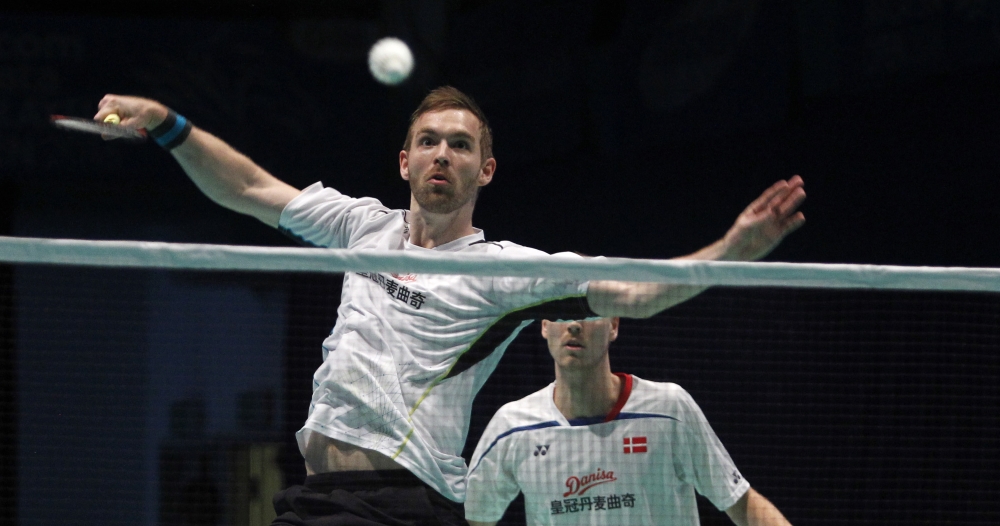 It was a day for the strokeplayers as Ratchanok Intanon and Tai Tzu Ying made the semi-finals of the Celcom Axiata Malaysia Open in majestic fashion.

Intanon’s dismantling of PV Sindhu was done with style and precision: not a stroke out of place, not a shuttle that didn’t go where it wasn’t commanded. Sindhu had proclaimed she was in good form after her second round win, but with Intanon in lyrical form, she was left befuddled from the first point. The 21-7 21-8 score underlined the extent of the Thai’s domination.

Earlier, Tai Tzu Ying had delivered a similar symphony in stopping China’s Wang Shixian. The 21-14 21-14 result gave Tai a semi-final against India’s Saina Nehwal, whom she has beaten five times in a row. Nehwal recovered from a game down to get the better of Thailand’s Porntip Buranaprasertsuk 19-21 21-14 21-14.

Two defending champions crashed out. Spain’s Carolina Marin was overshadowed for the length of her 37-minute encounter against China’s Wang Yihan. After coming away at the receiving end of the 21-13 21-15 score, Marin attributed her loss to a ’flu she was recovering from. “It was difficult to perform well today. Last week I was laid up with ’flu and high temperature. I’ve only just recovered, so I’m not at my best,” Marin said.

“We played very well, especially in the first set we were dominant,” said Conrad-Petersen. “The drift did affect the match. It wasn’t possible all the time to play the full court, so we had to adjust to that. Also, the direction of the wind changed in the second set, suddenly it came from another direction, so it was pretty tricky. But we proved that we could handle it; also, we have some experience now, and we won in three sets. So we’re really happy with that. We’d like to be the first Danish pair to win here. I was in the final with Jonas Rasmussen at Putra Stadium; ever since then Malaysia has been one of my favourite places to play in.” In Women’s Doubles, Japan’s Shizuka Matsuo and Mami Naito followed up on their Swiss Open upset of World champions Tian Qing/Zhao Yunlei with yet another impressive win. The Japanese, remaining unflappable under pressure and aided by a string of errors from the No.6 seeds, ran away with the match in the decider, 21-19 18-21 21-10.

“The wind was quite strong and the Chinese probably found it hard to adjust,” said Naito, whose sharp attack Tian and Zhao struggled to counter. “We controlled the shuttle much better under the conditions.” Misaki Matsutomo and Ayaka Takahashi nearly made it an all-Japanese semi-final, but blew a healthy lead against Yu Yang/Tang Yuanting to go down in three games. Up a game and 12-7, and with the Chinese appearing increasingly frustrated, Matsutomo and Takahashi failed to capitalise and suffered their first loss in three Superseries: 14-21 21-17 21-18.

Chen and Lee had little trouble in getting past their quarter-final opponents: Chen dismissed compatriot Tian Houwei 21-16 21-16; Lee was just as comfortable against Denmark’s Viktor Axelsen, 21-14 21-13.

Home hopefuls Chan Peng Soon/Goh Liu Ying survived a tough three-setter against Thailand’s Puavaranukroh Dechapol/Sapsiree Taerattanachai, 21-18 20-22 21-17 to enter their first Superseries semi-final in over two years. They face the daunting prospect of getting past top seeds Zhang Nan/Zhao Yunlei (China) tomorrow if they have to repeat their 2013 feat of making the Malaysia Open final.

“Our communication is slowly improving,” said Chan Peng Soon. “We had to start from scratch (after Goh’s injury) and had to play qualifying round matches. We often ran into the top seeds in the early rounds of Superseries. It was a difficult time.”