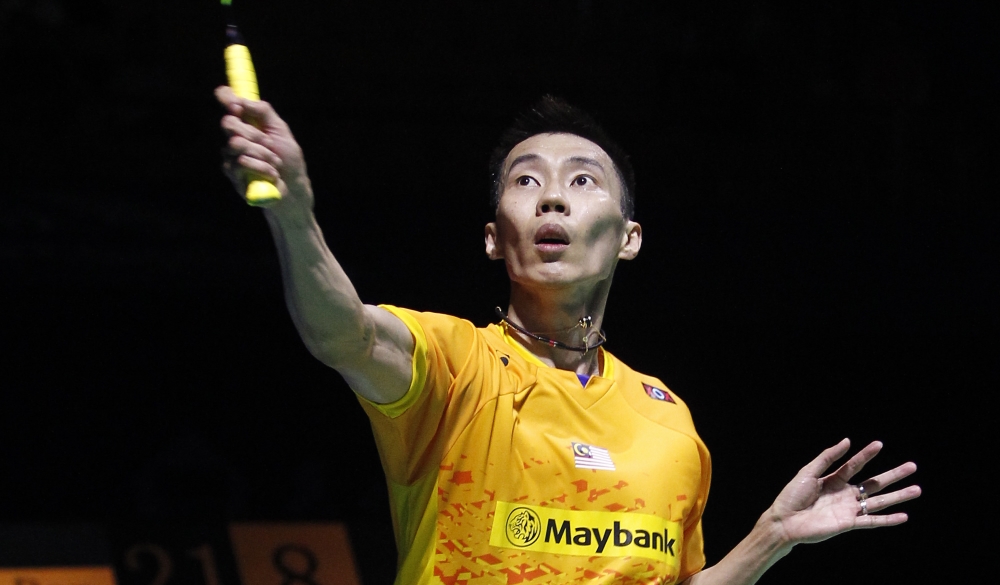 His eyes on an unprecedented 11th title, Lee Chong Wei will be the cynosure at the Celcom Axiata Malaysia Open when he starts his campaign tomorrow.

The Malaysian icon (featured image) has dominated his home event like no player before him with ten Men’s Singles titles, but as he takes on Japan’s Takuma Ueda in his opening round, he will be aware that there is a danger of an early slip-up. After a dream end to the last season, in which he picked up three straight World Superseries titles, Lee has had a nightmarish start to 2016. The World No.3 fell in the first round at the Yonex All England, followed by a second round exit in India last week. It was as inauspicious a start as he could have hoped for in the Olympic season, but assured of strong home support, the Malaysian has a good opportunity to roar back in style. With the Olympic qualifying season ending in early May, and with all the top players present at the Premier Superseries event, Lee will have to navigate a minefield if he is to emerge on top once again. In his quarter are Korea’s Son Wan Ho and the in-form Viktor Axelsen (Denmark); a semi-final with Yonex All England champion Lin Dan is a distinct possibility. For Lin, who was runner-up to compatriot Chen Long last year, the Malaysia Open title is conspicuously absent from his otherwise complete resume, and the Chinese great will require no further motivation to claim his first. defending champion has a relatively easy draw and, barring surprises, should be able to make the semi-finals where he might run into Yonex-Sunrise India Open champion Kento Momota. Momota though has a tricky first round lined up against India’s HS Prannoy.

Apart from the big names, the ones to watch would be No.6 seed Viktor Axelsen, his Danish compatriot Jan O Jorgensen, Chinese Taipei’s Chou Tien Chen and China’s Tian Houwei, who is seeded to run into Chen in the quarter-finals. Three young Indonesians – Anthony Ginting, Ihsan Maulana Mustofa and Jonatan Christie – are likely to trouble the more established names.

Defending champion Carolina Marin (Spain) and No.8 seed Nozomi Okuhara (Japan) head in as favourites in Women’s Singles; Okuhara, Superseries winner in Dubai and England, is in the same quarter as India’s Saina Nehwal, while top seed Marin is likely to run into No.6 seed Wang Yihan (China) in her quarter-final.

There will be plenty of fan interest in two Men’s Doubles pairs in particular: All England champions Vladimir Ivanov/Ivan Sozonov (Russia) and India Open winners Markus Fernaldi Gideon/Kevin Sanjaya Sukamuljo (Indonesia). Both are in the same quarter as World champions Mohammad Ahsan/Hendra Setiawan. Sukamuljo and Gideon were sensational in India, displaying coolness and maturity beyond their years and offering tantalising glimpses of their potential. The favourites though will be top seeds Lee Yong Dae/Yoo Yeon Seong (Korea), who will be keen to get back to their title-winning ways. No.3 seeds Zhang Nan/Fu Haifeng; Chai Biao/Hong Wei (both China), No.6 seeds Hiroyuki Endo/Kenichi Hayakawa (Japan) and No.7 seeds Ko Sung Hyun/Shin Baek Choel (Korea) are among other pairs likely to go far in the draw.

The in-form Women’s Doubles pair at the moment is Japan’s Misaki Matsutomo/Ayaka Takahashi, winners in England and India. The Japanese should be able to make the quarter-finals with relative ease, where they might run into China’s Yu Yang/Tang Yuanting.

Among the interesting first round match-ups are: Denmark’s Christinna Pedersen/Kamilla Rytter Juhl versus China’s Chen Qingchen/Jia Yi Fan; Japan’s Naoko Fukuman/Kurumi Yonao against Indonesia’s Greysia Polii/Nitya Krishinda Maheswari and Korea’s Jung Kyung Eun/Shin Seung Chan against Bulgaria’s Stefani Stoeva/Gabriela Stoeva. Defending champions Luo Ying/Luo Yu (China) are in the same quarter as compatriots and World champions Tian Qing/Zhao Yunlei; both pairs are in the race to the Rio Olympics and the match-up, if it comes about, will be keenly watched.