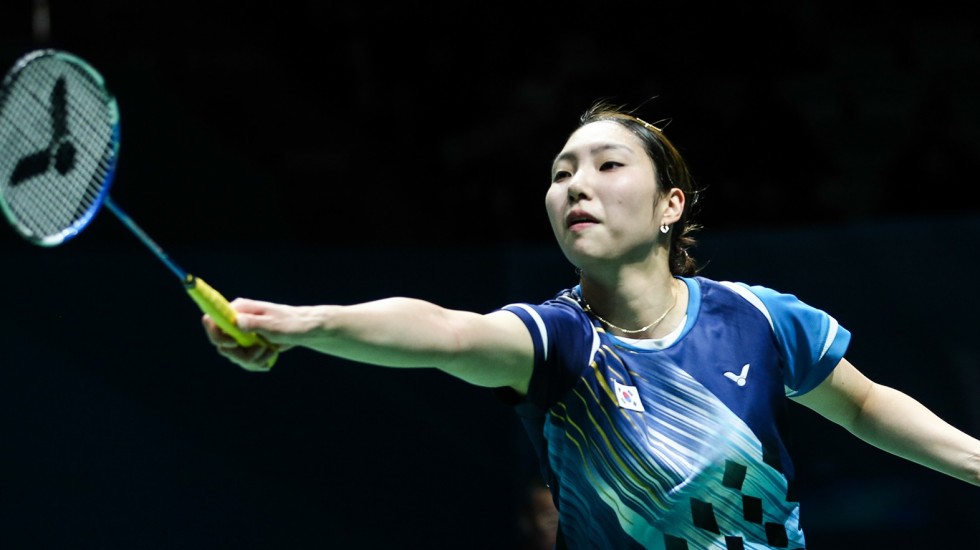 The 2014 Men’s Doubles World champions and No.2 seeds needed just 37 minutes to dispel the challenge of Indonesia’s Angga Pratama and Ricky Karanda Suwardi. The Koreans won 21-18 21-14 in the last match of the finals at North Shore Events Centre in Auckland. It was a good week for Ko and Shin who also reached the Mixed Doubles semi-finals of the Grand Prix Gold tournament with their respective partners.

The day started well for Korea with victory in the first match of the finals as Sung Ji Hyun (featured image) downed Aya Ohori, 21-15 21-17, in Women’s Singles. The top seed controlled the first game, leading from 3-3 but was forced to work harder in the second as a see-saw battle ensued; the advantage constantly shifting until 15-15 when Sung pulled away decisively.

Japan’s unseeded Aya Ohori – who thwarted an all-Korea finale by beating the often-stubborn Bae Yeon Ju in the semi-finals (21-16 21-17) – had to settle for the runner-up spot.

Ohori’s compatriot, Riichi Takeshita, suffered a similar fate in Men’s Singles, losing to Huang Yuxiang of China. The latter prevailed 21-12 21-17 in 43 minutes to stop Takeshita who had defeated Vietnamese veteran and No.9 seed, Nguyen Tien Minh Nguyen, in the semi-finals (21-15 21-17). However, Yuki Fukushima/Sayaka Hirota brought some cheer to the Japanese ranks, lifting the Women’s Doubles crown with a surprise triumph over No.2 pair, Chang Ye Na and Lee So Hee. The unseeded winners brushed aside their more accomplished rivals, 21-13 21-16, to prevent a third Korean success of the afternoon.