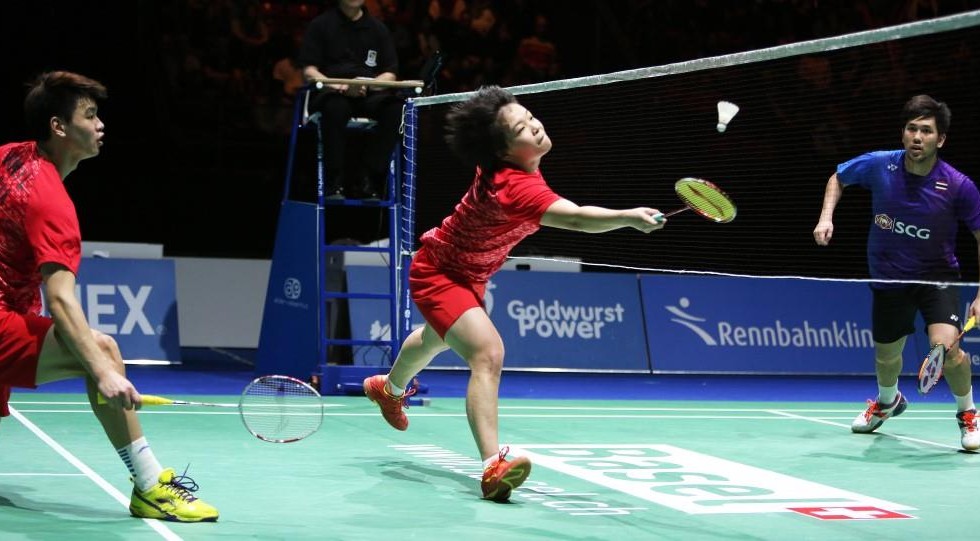 He Bingjiao stood tall inside the St Jakobshalle in Basel yesterday, dismissing her senior compatriot, Wang Yihan, to savour a resounding victory in the Women’s Singles final at the Swiss Open.

Not long out of the junior ranks, the Chinese 18-year-old showed she is ready for the elite stage, upending the former World champion, 21-16 21-10, to wrest the biggest prize of her youthful career. 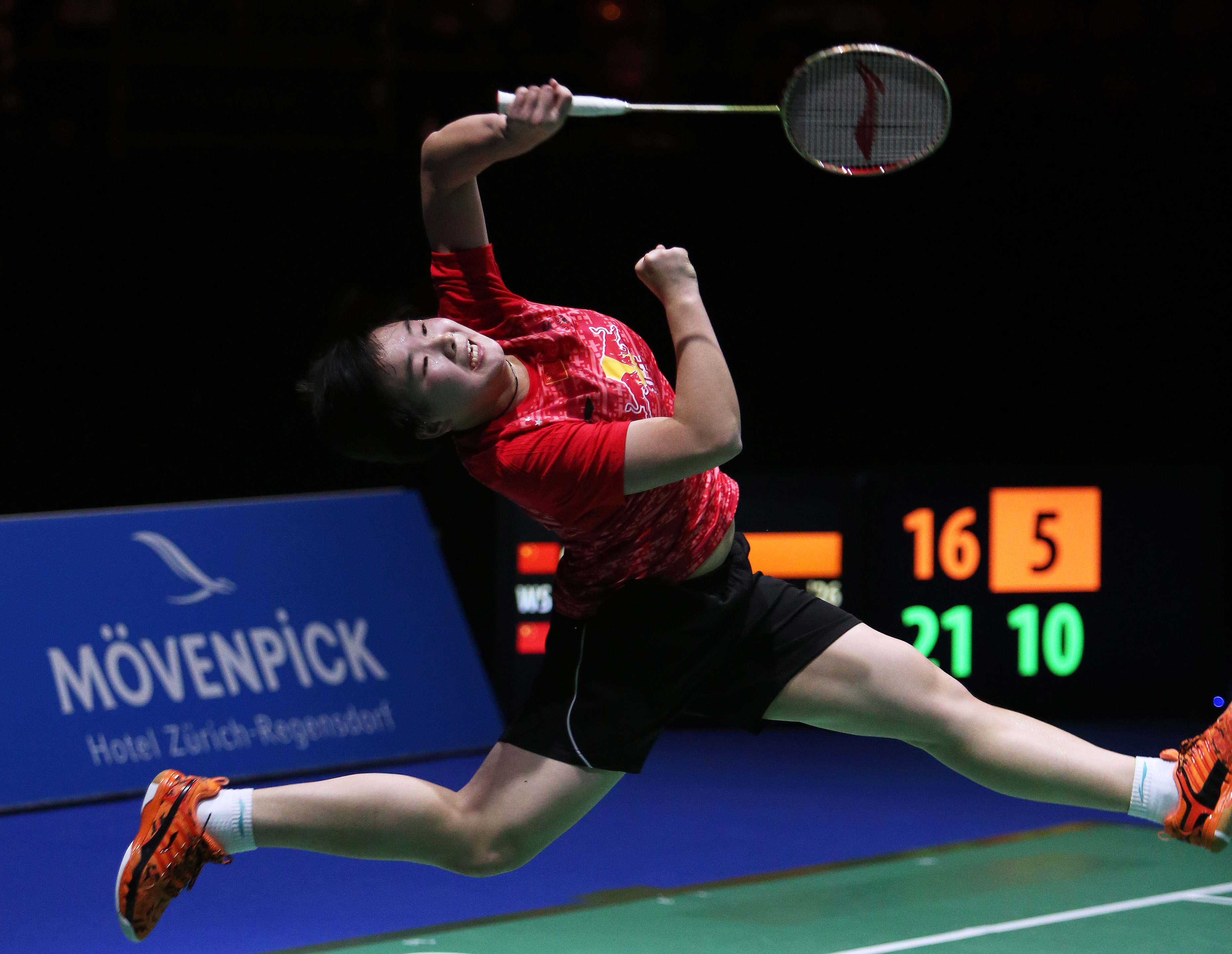 He led the first game from start to finish and did the same from 2-2 in the second as experienced No.3 seed Wang could not replicate the semi-final performance she put in against top seed Saina Nehwal. Wang prevailed 21-11 21-19 in that encounter versus India’s top gun on Saturday while unseeded He beat another Chinese, No.5 seed Sun Yu, 21-15 21-19.

Success in this Grand Prix Gold tournament was sweet revenge for He who had bowed out of the recent YONEX All England Open Badminton Championships to Wang in the second round.

Meanwhile, another Chinese star on the rise – Chen Qingchen – clinched the Mixed Doubles crown with her partner, Wang Yilyu (featured image). The pair rebounded from a game down to defeat Thailand’s Bodin Issara and Savitree Amitrapai (19-21 21-16 21-15). 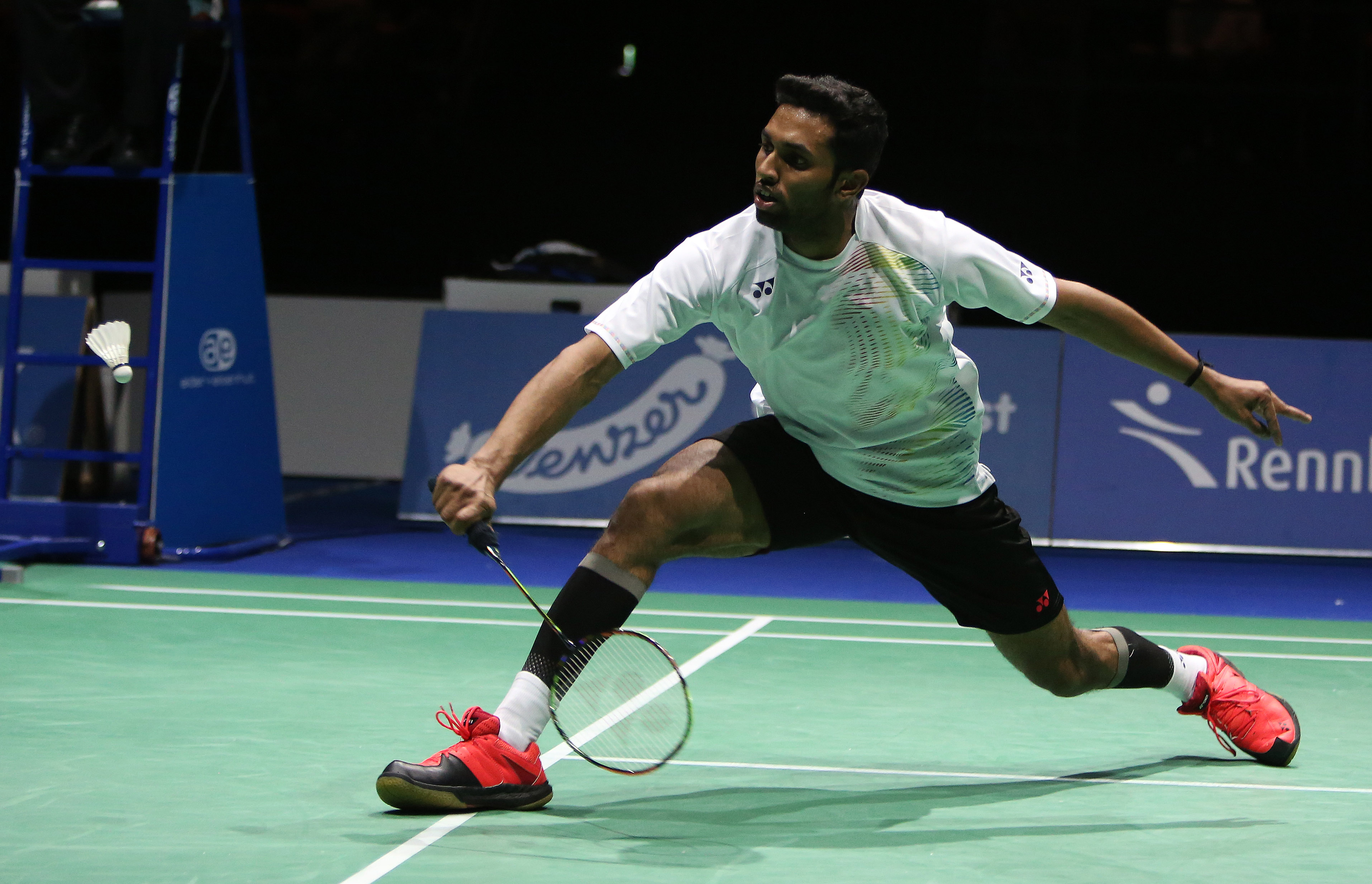 In Men’s Singles, H.S. Prannoy maintained India’s grip on the title, capturing the honours taken by his compatriot, Kidambi Srikanth, a year ago. The winner beat Marc Zwiebler of Germany, 21-18 21-15.

Denmark’s Kim Astrup and Anders Skaarup Rasmussen needed a mere 30 minutes to brush aside Chinese Taipei’s Lee Sheng Mu and Tsai Chia Hsin in the Men’s Doubles showdown. The latter, trying to rediscover their form, were routed, 21-8 21-15 in the last of the finals.

Women’s Doubles saw an energy-sapping 21-16 12-21 21-12 triumph for Shizuka Matsuo and Mami Naito in their all-Japanese clash with No.3 seeds, Naoko Fukuman and Kurumi Yonao.