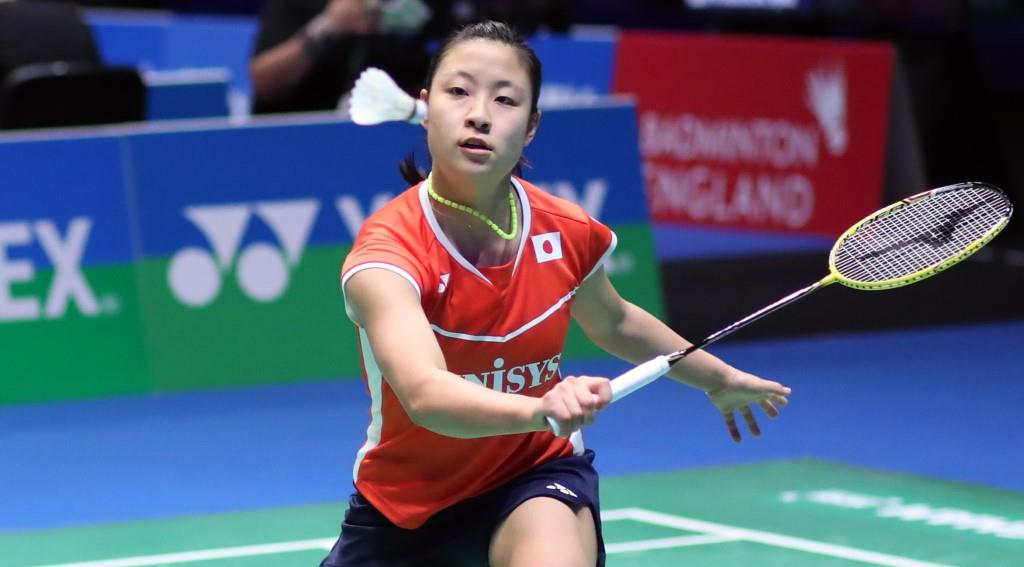 There will be a new queen of the YONEX All England Open Badminton Championships tomorrow after Carolina Marin was sent tumbling by the same rival for the third time in a row.

As the diminutive Okuhara moved lithely around the court, returning almost everything Marin had to offer, errors mounted from the 2015 Female Player of the Year who became increasingly ruffled as the match progressed. Despite the odd successful shot, Marin was clearly out of sorts and was again worn down by the resolute defence of the Japanese talent who also surprised her with excellent cross-drops.

“Carolina’s style is very aggressive so I had to keep focused and play very good defence.  I tried not to give her chances to attack,” said Okuhara, who was pleased to defeat the world No.1 again.

“It was tough getting into my rhythm in the first game but once I got going I played better.”

Marin was “very disappointed” especially with the manner in which her performance fell apart after the opening game.

“I got very nervous and made a lot of mistakes. The key to beating her is to keep the shuttle on court and I didn’t do that,” said last year’s winner. China’s Wang Shixian also shook off the loss of first game to get the better of Tai Tzu Ying. The Chinese Taipei player ground out a 23-21 advantage but Wang – upset by some line calls against her – overcame that adversity to take the next two games, 21-12 21-15.

“After I lost to her a few times last year I worked on finding a strategy to beat her and I am pleased I could do that but I am not happy with my loss of concentration at important moments,” said the 2014 champion.

It will be an all-China affair in Men’s Singles as Lin Dan and Tian Houwei won three-setters to ensure the honours will go to their country.