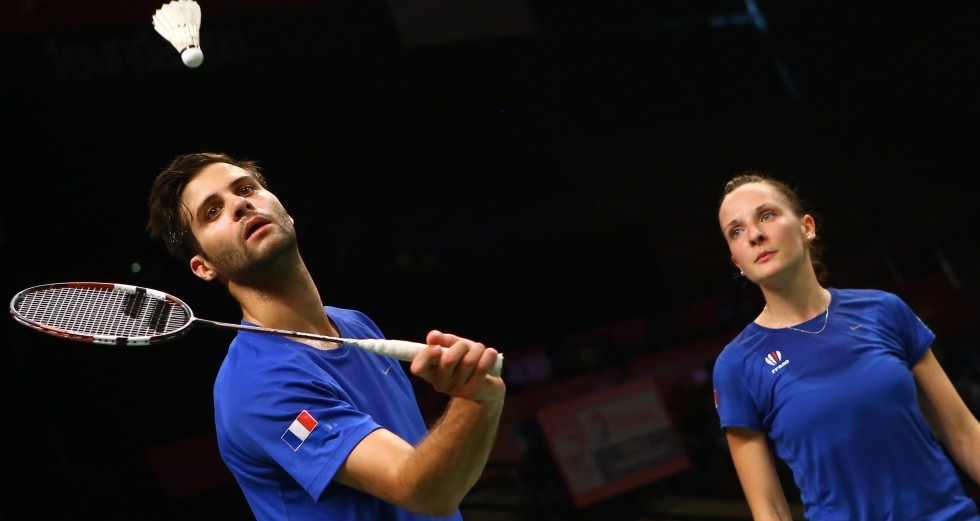 French Mixed Doubles pair Ronan Labar and Emilie Lefel have an unenviable draw at the Yonex All England – they face No.6 seeds Xu Chen and Ma Jin in their opener.

Still, the pair – one of Europe’s strongest – can go in with their tails up as they have had good results over the past year, while their opponents aren’t exactly on top of their game. 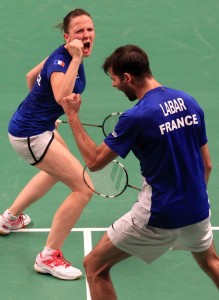 Labar and Lefel had a strong run last year, making a few finals. Although they’ve had more modest results at the World Superseries, they will hope to come out guns blazing in their first round in Birmingham next week.

“From September to December we had good results and we now have a good chance to qualify for the Rio Olympics,” says Labar. “We still have some regrets because we lost three finals – Guatemala, Scotland and Welsh International. But we also had our first Grand Prix win together at the Dutch Open so they’re good memories.”

Labar credits their performance to the communication between them.

“We have a good relationship so we speak a lot, what works and what doesn’t work. It’s important that you can say what you mean to your partner. She’s really aggressive at the net, going to win the points, killing the shuttle… that’s really important for a female player in Mixed Doubles.”

Lefel admits though that, while they have done well in the Grand Prix, the World Superseries level has been an altogether tougher challenge. “I think the Superseries is very difficult for us,” Lefel says. “Every round is difficult. Sometimes we get a good draw but it’s not enough; we need to play very good, every time, every match.”

One of the factors that has worked in their favour was the appointment of Danish legend Peter Gade as Performance Director last year. The Dane’s positive energy and ideas have caused a significant improvement in the performance of French players. 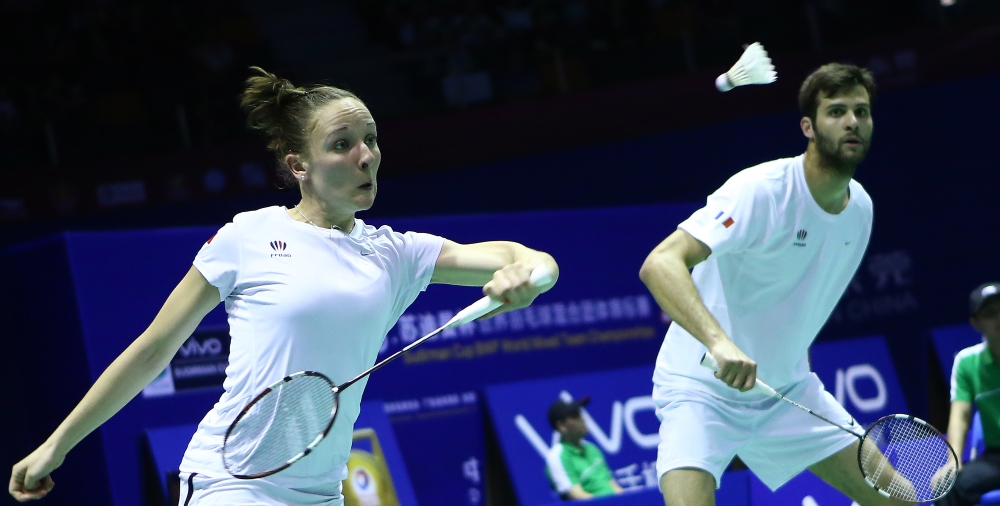 “When he arrived he put everybody back on track so everybody was motivated again to push harder, to practice more, to be more focussed in practice,” says Labar. “That’s something we needed especially because we knew we were capable but we were not stable enough, so having more focus in practice was important.”

Labar and Lefel are dangerous opponents for any pair; with the added motivation of Rio on the horizon, they could well spring a few surprises.

“We played very well the last few months, we need to be focus like this over the next few months,” says Lefel. “We don’t regret how the tournaments went because we try and if we can we do it.”