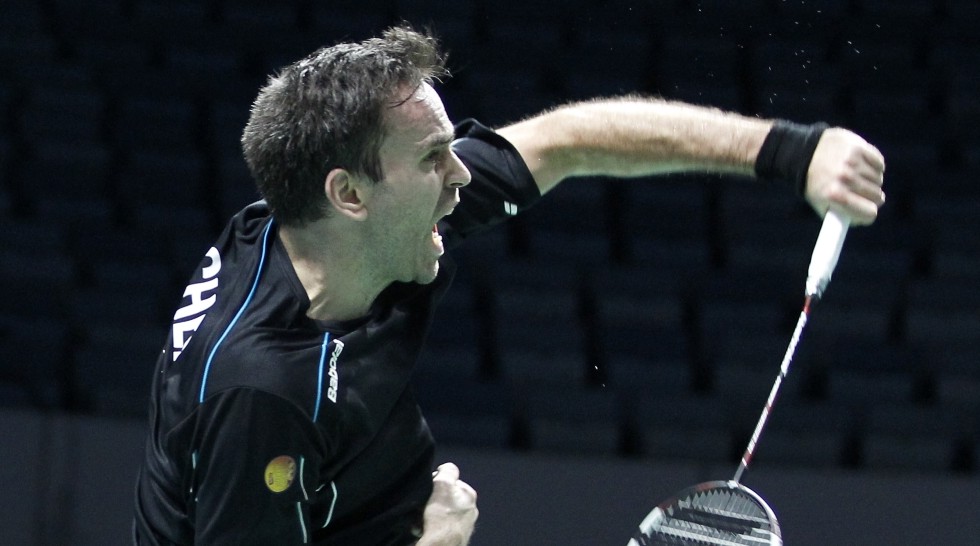 At 37, Joachim Fischer Nielsen might be in the evening of his career, but the Dane is still a formidable opponent. The vastly-experienced left-hander has managed to hold his own despite rapid changes in the
game and younger challengers cropping up. Fischer and partner Christinna Pedersen had a successful 2015, and with the Rio Olympics on the horizon, look set for a memorable outing. In this exclusive interview with Dev Sukumar, Fischer talks of how he remains competitive despite his advancing years, and the varied challenges of Mixed Doubles.

You’re one of the senior-most players in the world today. Yet you and Christinna Pedersen have been one of the strongest pairs all year. Physically, has it been difficult to maintain your competitive edge?

It’s tough. I’m getting older and older, I’m working with it every day. I’m trying to eat the right way, I’m trying to get my sleep, I’m trying to do all the small things as good as possible. But I’m trying not to think about it, because if I think about it, I will get too weak. I try to stay young and positive, and also… I know Peter Gade for many years, I have learned from him, how to still play when you’re getting older and try to keep the motivation too. That’s also difficult. And then, I would say I also get a lot of encouragement from my family, my kids. With all the training, I really need to get something out of it. I also see them, my wife and two kids, as a big inspiration. I want to make them proud. Because I spend so much time away from them, I want to give something back to them by showing that Christinna and I can still be one of the best in the world, and that as long as we play, we’ll keep fighting.

Has your training changed over the years? Are you doing it differently now, or have you been able to maintain the same intensity? I cannot take the same training any more as the young players. I cannot train much more than one time a day because my body cannot… if I train hard twice a day, it cannot get ready for the next day. I train once a day, but then I try to go as long as possible, and to get the most out of the time I spend. I try to be focussed and also hard against myself, I push myself at every session, because I’m not training as much as the others.

The training and the quality in training is very high on the court and in the weights and running and stuff like that.

Despite your reduced workload, you are keeping up with the younger pairs. You beat Zhang/Zhao in Japan and nearly beat them in China.

We like to play them, because they’re very good. But we also have an idea how to beat them, and we think we can beat them. When you see many other pairs playing against them, it seems like they’re never winning, they don’t believe it. Me and Christinna know we have the game to put them under pressure.

We try to play them fast and move them around all the time. But it’s difficult, because they’re also so good and so fast. It’s about trying to find the right pace all the time.

You’ve had a long career. How has the game changed since you started?

Mixed Doubles is going much faster now. The quality in the shots has to be better now. (In the China Open final), we were both fighting for the front court. There’s no space almost, all the time Zhao Yunlei was standing so close to the net and trying to kill the shuttle all the time. Since we started, it’s at a high level.

Is the physical body type of the doubles player changing? The younger pairs, especially those from Korea and China, seem bigger and more muscular.

I’m not sure because I think in the Mixed Doubles you can say some of the best, like Zhang Nan and me, are not so big, but we are fast and pretty smart. That’s why we can keep up… (in the China Open semi-finals) we beat the young Chinese (Liu Cheng/Bao Yixin), such a physical pair, especially the guy, but we can maintain a chance if we play the right way and use our mind. That’s why we still have a chance, we have a lot of experience also. I’ve kept my goals not too far away. Of course I give it everything.

Is it relatively easier for you now, with all your experience, to keep your composure at critical moments? Of course you use all your experience. It’s difficult to play in China, against the best pair in the world, with the crowd behind them. We’ve done it many times before, we’ve beaten them (Zhang/Zhao) in China. We try to keep in mind that it’s just a badminton match. Four players are fighting for a title and the best will win.

Christinna Pedersen and I started playing in 2008. Before that, I played a little Mixed Doubles for one year, but my partner got injured, then I started with Christinna, and we won a Superseries three-four months after we started. But then I had many injuries, so the first years were very tough.

I started in singles, then played doubles with Mathias Boe. We were playing pretty well, but they (coaches) wanted me to play Mixed Doubles. I’m pretty happy for doing that and trying to win as much as possible.