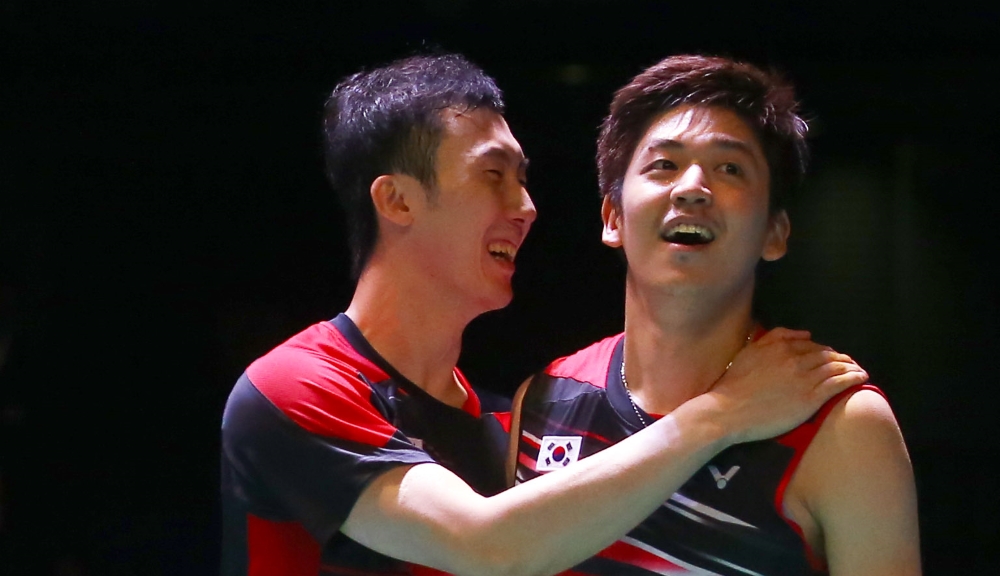 The World title continued to elude Lee Yong Dae and Yoo Yeon Seong, but on the MetLife BWF World Superseries circuit, they were the undisputed kings of the year.

It wasn’t until May that the Korean duo claimed their first – The Star Australian Open. Off the next eight Superseries, they would crown themselves champions at five. Four of these came in a row – in Japan, Korea, Denmark and France. An unexpected loss in China was quickly forgotten as Lee and Yoo (featured image) surged to the top in Hong Kong.

It was a spectacular run by the two stalwarts, who proved time and again, under varying circumstances, their undoubted class and range of talent.

Yet, while Lee and Yoo were the most dominant pair, their thunder was stolen at important events by the soft-spoken duo from Indonesia, Mohammad Ahsan and Hendra Setiawan.

The Indonesians won a cracker of a final over the Koreans in the Maybank Malaysia Open in April, saving two match points before squeaking through. In August, playing the TOTAL BWF World Championships at home and facing Lee and Yoo after struggling in previous matches, Ahsan and Setiawan somehow saved their best for the semi-final against the Koreans. The exhilarating win at home was followed by a prolonged dip in form. The Indonesians arrived in Dubai as the underdogs, for recent form wasn’t in their favour, and yet they managed a repeat of the World Championships with a quick semi-final win over Lee/Yoo before prevailing in a difficult final over China’s Chai Biao and Hong Wei. Three weeks – one each in April, August and December – showed the essence of Ahsan and Setiawan’s style: mastery in crafting quick points, creating openings out of innocuous situations and remaining serene under pressure.

Denmark’s Mathias Boe/Carsten Mogensen enjoyed a perfect start to the year by capturing the All England, but the rest of the season did not quite go their way. Laid low by stomach infection at the World Championships, the Danes took time to recover but came good in the latter half. They lost an unusual final in Hong Kong and blew a great chance to make the title round in Dubai, after missing five match points in their semi-final against China’s Chai Biao/Hong Wei. Indonesia’s Angga Pratama/Ricky Karanda Suwardi promised much, with the highlight being their triumph at the OUE Singapore Open – they upset Lee/Yoo in the quarter-finals, Japan’s Hiroyuki Endo/Kenichi Hayakawa in the semi-finals and China’s Fu Haifeng/Zhang Nan in the final. Despite the morale-boosting win, the Indonesians couldn’t follow up as spectacularly in the events that followed.

Fu and Zhang made four finals – in England, Singapore, Indonesia and Japan – but were thwarted each time. Indeed, towards the close of the year, it was Chai Biao/Hong Wei who performed impressively for China. After winning the Yonex-Sunrise India Open in March, Chai and Hong again peaked in November-December, making the final of the Thaihot China Open, semi-finals of the Yonex-Sunrise Hong Kong Open (which they lost in a thriller to Lee/Yoo), and the final in Dubai.

Among the more impressive pairs this year was Kim Gi Jung/Kim Sa Rang, who made the final at their home Victor Korea Open (falling to Lee/Yoo), before winning the Thaihot China Open beating the likes of Boe/Mogensen, Endo/Hayakawa and Chai/Hong. The two Kims finished No.7 in the BWF Rankings, ahead of their compatriots and last year’s World champions Ko Sung Hyun/Shin Baek Choel, who had an average year, with the highlight being the BCA Indonesia Open title.

Japan’s Endo and Hayakawa’s Superseries title drought continued, but their consistency in reaching quarter-finals and semi-finals was rewarded with a top-6 spot at the end of the year.

Chinese Taipei’s Lee Sheng Mu/Tsai Chia Hsin, after reaching a career-high ranking of No.3 early in 2015, slid down the rankings after a disappointing season. The pair featured in one of the best Men’s Doubles matches of the year, losing to Lee/Yoo in the Malaysia Open semi-finals after holding two match points.

Other pairs that performed well were Denmark’s Mads Conrad-Petersen/Mads Pieler Kolding (runners-up in India and France); China’s Liu Xiaolong/Qiu Zihan; Japan’s Hirokatsu Hashimoto/Noriyasu Hirata and Malaysia’s Goh V Shem/Tan Wee Kiong. The most spectacular comeback would be that of Malaysia’s Koo Kien Keat/Tan Boon Heong, who finished No.18 in the rankings after being outside of 200 midway through the year. Jesper Hovgaard:
‘Transition To Elite Level is a Challenge’ 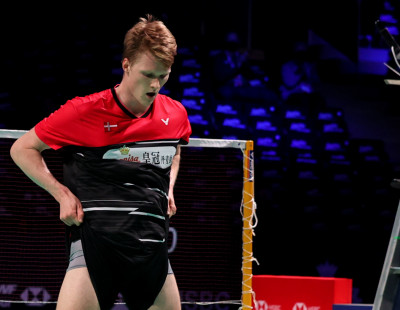 Video:
Why Antonsen Did 'The Cowboy'