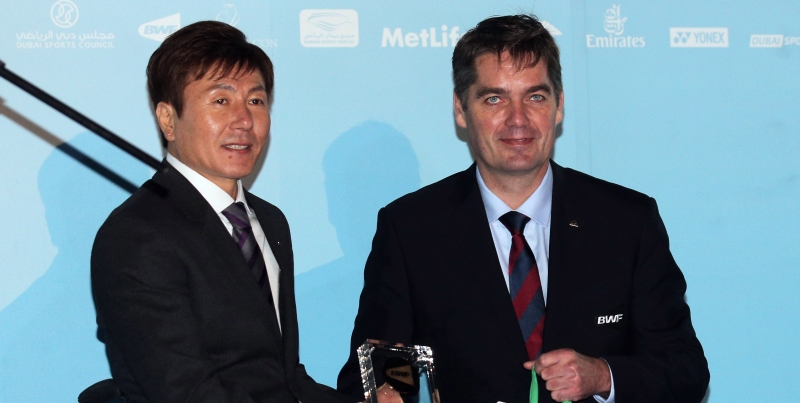 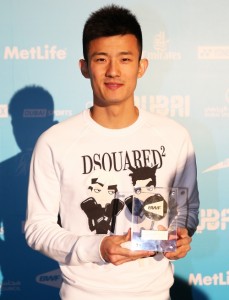 Carolina Marin’s glorious 2015 season received the ultimate acknowledgement when she received the ‘Female Player of the Year’ from BWF President Poul-Erik Høyer at a gala dinner in Dubai last night.

The BWF Player of the Year awards were given at the Players’ Reception and Gala Dinner, held in honour of the assembled players, sponsors, officials and other guests to the Dubai Superseries Finals.

China’s Chen Long retained the ‘Male Player of the Year’ award that he won last year. His young compatriot Zheng Si Wei was acknowledged as the ‘Most Promising Player of the Year’. Korea’s Lee Sam Seop and Norway’s Helle Sofie Sagoy won the Para-Badminton Player of the Year awards in the male and female categories respectively.

Marin, winner of five World Superseries titles and the BWF World Championships title, held off competition from China’s Zhao Yunlei, India’s Saina Nehwal and China’s Bao Yixin. The delighted Spaniard admitted she had not expected to win the award.

“I thought Zhao would win it because she’s had a great year as well,” she said with a broad smile.

“I’m very happy, because it’s affirming that you did something great during the year.” 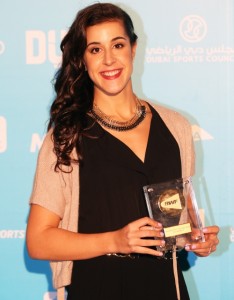 Young Chinese prospect Zheng Si Wei won the Eddy Choong Award for ‘Most Promising Player of the Year’. Zheng was chosen ahead of compatriots He Bingjiao, Chen Qingchen and Huang Kaixiang, and Japan’s Saena Kawakami.

For the first time, BWF honoured para-badminton players with the year-end awards. Korea’s Lee Sam Seop (WH 1 sport class) was named Male Para-Badminton Player of the Year, holding off competition from Malaysia’s Cheah Like Hou (SU 5) and Poland’s Bartlomiej Mroz, while Helle Sofie Sagoy (SL 4) was honoured with Female Para-Badminton Player of the Year. The other contenders in her category were Englishwoman Rachel Choong (SS 6) and Denmark’s Julie Thrane (SU 5).

“It’s been ten years since I dedicated myself to para-badminton, and I want to thank BWF for inviting me to this event,” said Lee Sam Seop. 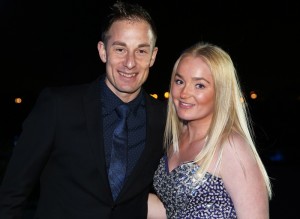 his award. I was emotional when I won it because this was the first such award for para-badminton.”

Lee, who took up badminton after he suffered an accident, said it had been a difficult but ultimately rewarding journey.

“It was difficult for the first two years. Then I went outside and started looking at others, and realised that there are people who are worse off than me but happy. I started looking for sports for rehabilitation and found para-badminton. It made me happy and I started representing Korea. Para-badminton released my pain the most. I’d never played badminton before my accident. I realised this is the sport for me now, this is life for me now.”

With players turning out stylishly dressed for the gala, awards for the best dressed male and female were also announced. Chinese Taipei’s Chou Tien Chen – looking smart in a bow-tie – and Thailand’s Ratchanok Intanon – in an off-shoulder dress – walked away with the honours.