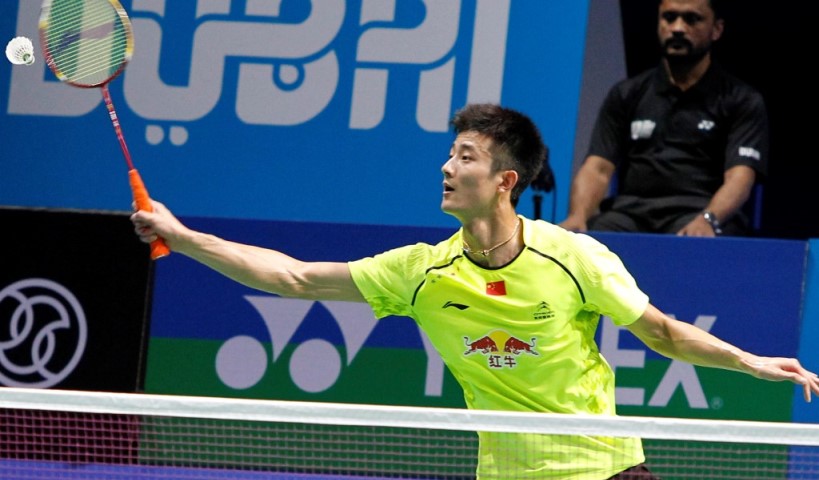 Even before they do battle in the Dubai World Superseries Finals, some of the year’s top badminton players will face off in the desert for another coveted prize – the BWF Players of the Year Awards, including inaugural honours for para-badminton players as well as recognition for the Most Promising young athlete.

In the Male Player of the Year category, Men’s Singles world No. 1 Chen Long of China – who won the title last season – has been nominated alongside his doubles-playing compatriot, Zhang Nan, and Korea’s exciting duo, Lee Yong Dae and Yoo Yeon Seong.

On the women’s side, the year’s leading singles exponents – Carolina Marin of Spain and India’s Saina Nehwal – have been nominated. Another stellar performer for 2015 and the 2014 winner – Zhao Yunlei – is again in the running for the Female Player of the Year as is her Chinese team-mate, Bao Yixin.

Marin started and ended the year on a perfect note – winning the Yonex All England Championship in March and the Yonex-Sunrise Hong Kong Open in November. In between, the current world No. 1 picked up three other Superseries titles and retained the Women’s Singles World Championship. Nehwal became India’s first World No.1 in Women’s Singles and
enjoyed a consistent run this season, winning her home leg of the MetLife BWF World Superseries tour in Delhi and also reaching the finals of the TOTAL BWF World

Championships, the All England and the Thaihot China Open.

Bao was successful in both her disciplines – winning the All England Women’s Doubles crown and Mixed Doubles at the India Open. She reached the Mixed finals in the World Championships, the Australian Open and the Hong Kong Open.

In a historic first, there are three nominees each for the Male Para-Badminton Player of the Year and the Female Para-Badminton Player of the Year. On the men’s side, Malaysia’s Cheah Like Hou (SU 5 sport class); Lee Sam Seop of Korea (WH 1) and Poland’s Bartlomiej Mroz (SU 5) will battle it out for the first-ever award for athletes with impairments. Among their female peers, Englishwoman Rachel Choong (SS 6) as well as Norway’s Helle Sofie Sagoy (SL 4) and Julie Thrane of Denmark (SU 5) are in contention for the inaugural annual accolade. China leads the race for the Most Promising Player of the Year (Eddy Choong Award), with four nominees while Japan has one.

Three females – Saena Kawakami (Japan) and China’s He Bingjiao and Chen Qingchen – and two males (China’s Huang Kaixiang and Zheng Siwei) will vie for this honour which salutes an emerging talent in world badminton.

The winners will be announced at the Players’ Reception and Gala Dinner for the Dubai World Superseries Finals next Monday night (7 December) at Al Badia Golf Club in Dubai. The evening will also feature special player prizes for the Best Dressed Male and Best Dressed Female. PARA-BADMINTON PLAYERS OF THE YEAR

MOST PROMISING PLAYERS OF THE YEAR – (EDDY CHOONG AWARD)