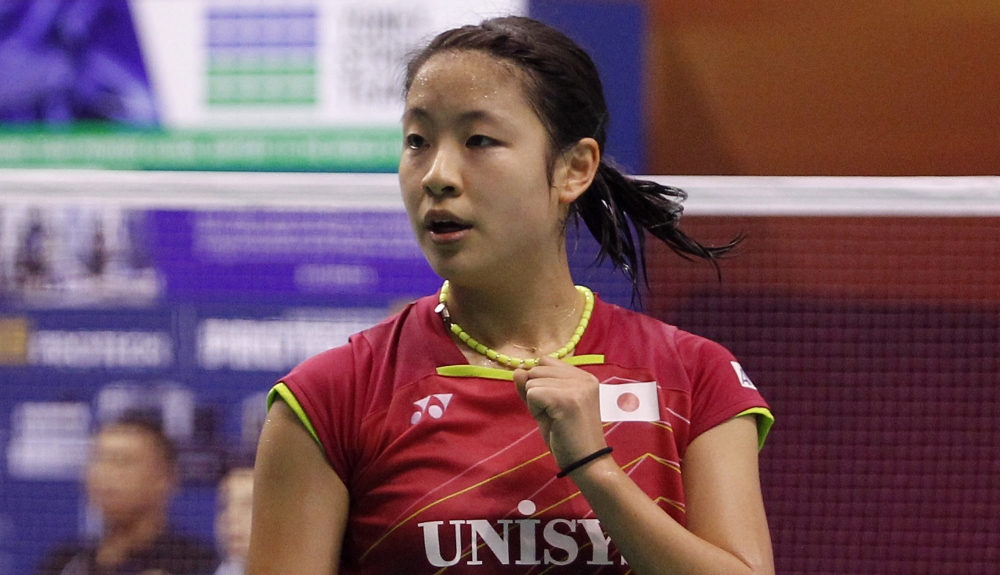 Li has seen very few first-round losses in her career; the upset to Japan’s Nozomi Okuhara capped a dramatic reversal of fortunes that also meant she would stay behind compatriots Wang Shixian and Wang Yihan in the race to the season-ending Dubai World Superseries Finals.

It was an uncharacteristically subdued performance from the former No.1. Li fell behind midway in the second game and was never able to threaten Okuhara from there. Her normally devastating sliced drop shots and fierce smashes were off their mark; the second game was a rout, with Okuhara storming to 15-3 from 2-2 and finishing the match 21-19 21-9 in 34 minutes.

Okuhara admitted that Li was far from her best. “I’m happy I won, but I cannot say I’m greatly thrilled because she wasn’t playing well today.”

An early casualty in Men’s Singles was No.2 seed Jan O Jorgensen (Denmark), beaten 21-15 21-19 by China’s Wang Zhengming. Jorgensen struggled for rhythm from the start and although he stayed close in the second, Wang closed it out in 37 minutes. Denmark suffered another blow through the exit of Viktor Axelsen, beaten 21-17 21-10 by Japan’s Kazumasa Sakai, whose compatriots Kento Momota and Kenta Nishimoto also advanced.

Indonesia’s Anthony Ginting nearly blew his chances against veteran Wei Nan, but kept his head to enter the next round. Ginting had a 12-6 lead in the third, but sent some wild smashes and Wei caught up and went ahead 18-14. The young Indonesian tightened his game in time, and accelerated towards the end to emerge winner at 21-18 17-21 21-19. The Indonesians, who have only paired up this year since the All England in March, were dominant for the most part over the BWF World Championships runners-up. They were on course to wrap up the match in straight games but some good netplay by Liu and Qiu delayed the inevitable. Sukamuljo and Fernaldi had the Chinese in a tangle in the decider and eased past them 21-19 21-23 21-8.

“The shuttle was a bit fast and there was a bit of wind in the hall, that’s why they made a lot of mistakes. Maybe they were confused,” said Fernaldi, the son of former Indonesian international Kurniahu. “Their service was difficult to pic and their netplay was very good. The spin made it difficult to return.” His compatriots in Women’s Doubles, Anggia Shitta Awanda/Mahadewi Istirani Ni Ketut, very nearly put out the higher-rated Tang Jinhua/Zhong Qianxin of China. The Indonesians had the match in their grasp when they led 19-15 in the third, but some nervous play saw the Chinese level and then save match point. Tang and Zhong maintained the pressure to squeeze through 22-20 12-21 22-20.