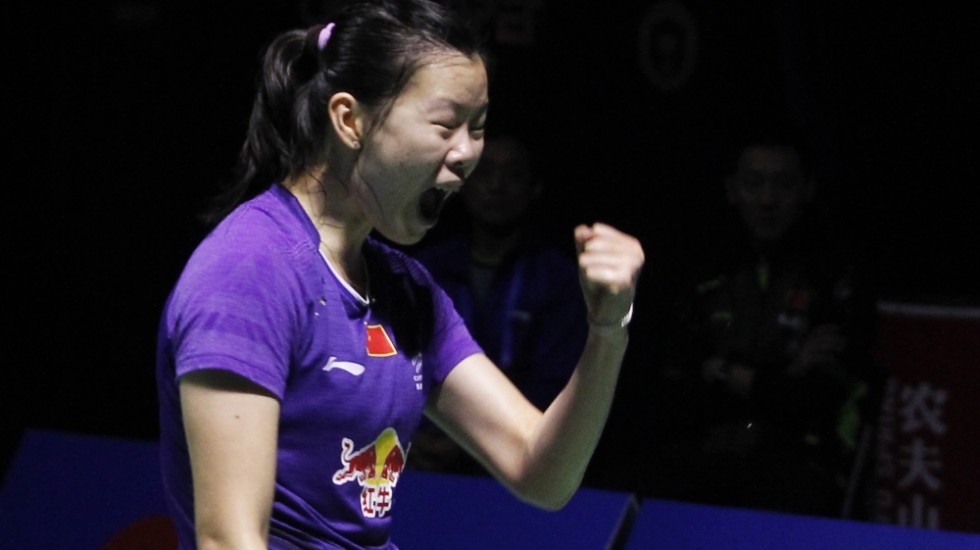 that seemed on course to win all five titles at the Thaihot China Open on Sunday.

Form and recent history were against Lee. Not since April last year had he beaten Chen; the Chinese had become unstoppable since then, winning two World titles and remaining unbeaten in a final this year. 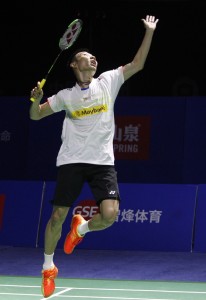 However, the Malaysian, who beat his nemesis Lin Dan yesterday, was all silken feet and bludgeoning smash. Everything that Chen Long threw his way came back; Lee was right there for every shuttle, fluid and assured in everything he did. His netplay helped him create the openings which he then exploited with his sharp smash. Every time the shuttle went up, Lee leapt up to power it past the racket of Chen, whose normally unflappable defence lay in shreds. Lee’s first China Open came on his first match point: 21-15 21-11.

“I’m really happy to have won the China Open on the home court of Lin Dan and Chen Long,” said Lee. “I’ve won many titles, except the China Open. It was very hard to get. Today I just played fast, just kept going. I’m happy that so many fans here were cheering for me.”

Nehwal no match for Li Xuerui

It was Li Xuerui’s range of shots from the deep that undid Nehwal. The Indian never could get a grasp of the proceedings once Li settled into rhythm; the defending champion was always scrambling only to find the shuttle find its mark past her racket.

Nehwal did enjoy a lead of 12-6 in the second, but Li then halted her in her tracks. The heavy slices from the back court, interspersed with precision smashes on the flanks, broke Nehwal’s resolve. Li needed just one match point to claim her title: 21-12 21-15.

“I started well, but I wasn’t able to connect the shuttle, it was very strange,” said Nehwal.

“Many of my shots went out, and she was anticipating everything. I think I was in a hurry to finish off points. She was catching my pace very well, she was able to pick out my shots at the net. I should’ve been more patient.” 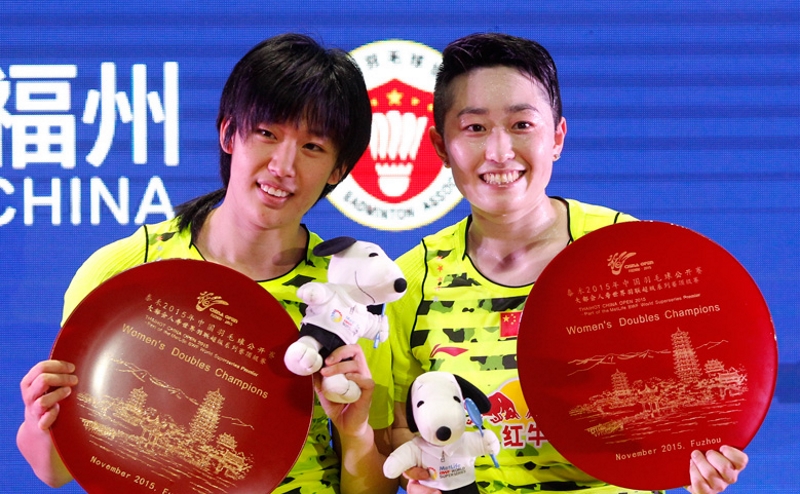 The combined power and attacking instincts of Yu Yang and Tang Yuanting proved too hard for Japan’s Misaki Matsutomo and Ayaka Takahashi to counter.

The Japanese did well to stonewall the Chinese in the first game, with Takahashi’s smashes in particular causing the damage, but as the match wore on, the Japanese found it impossible to keep their opponents from launching assault after assault that wore them down. Tang’s power from the deep and Yu Yang’s cleverness in creating openings for her, proved sufficient for the Chinese to dominate most rallies.

The Japanese staged a brief rally early in the third to lead 7-6, but that’s about as far as they got. Tang’s rasping smashes continued to break open their defences and they had few answers left as they went down 18-21 21-13 21-12. This was the second World Superseries win for Yu Yang/Tang Yuanting as a pair after last year’s India Open.

“I haven’t seen such big crowds at the China Open,” said Yu Yang. “Thanks to all of them for turning up and cheering for us. It made a big difference in inspiring us after we lost the first game.” 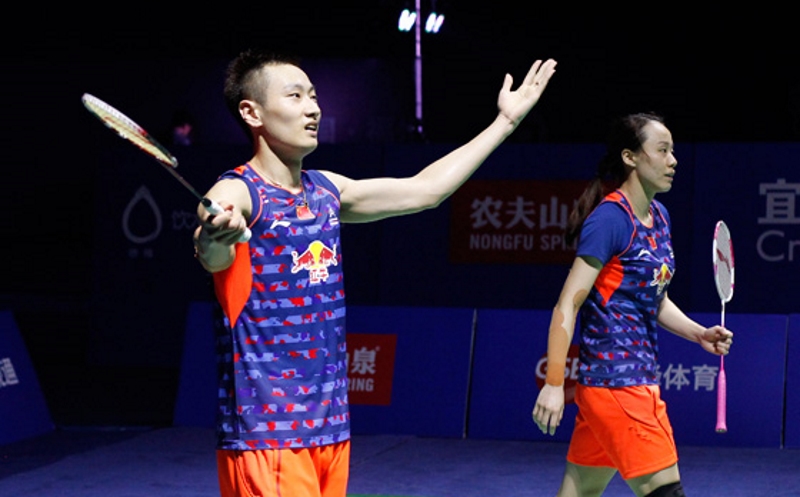 Zhang Nan and Zhao Yunlei won a pulsating Mixed Doubles final over the pair that’s troubled them most – Denmark’s Joachim Fischer Nielsen/Christinna Pedersen. Having lost the last four matches, Zhang and Zhao managed to wriggle out of tight spots in the first and third games to win 21-19 17-21 21-19.

The Danes had the upper hand all through the first game but allowed China to catch up at the very end. Pedersen’s defence to Zhang Nan’s smashes in particular was stunning, helping the Danes neutralise the biggest asset of the Chinese.

The third game was again edge-of-the-seat stuff all the way, with each team inching ahead, only for the other to catch up. Denmark made it 19-all after a rally that epitomised the class of Mixed Doubles of the highest level – a fast and furious exchange 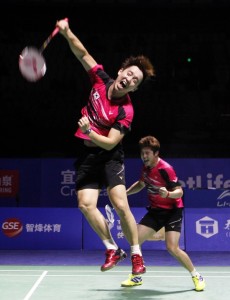 that went Denmark’s way. Zhang and Zhao earned the crucial match point when Fischer served high only for Zhang Nan to smash down, and then converted at the first opportunity.

“We’re very disappointed because we were two points away from winning. We’ve played each other many times. They are very strong and it’s always very close. It was a fast match and could have gone either way,” rued Fischer.

Kim Gi Jung and Kim Sa Rang erased years of disappointment with the Men’s Doubles title. The Koreans earned only their second Superseries title, after the Yonex Open Japan in 2012.

Their opponents, Chai Biao and Hong Wei, were under pressure from the start as the two Kims kept the intensity high and never let off. The title was under their belt in just 37 minutes: 21-13 21-19.

“This is was an important tournament to win as this is the Olympic qualifying year and there are many ranking points at stake,” said Kim Gi Jung.