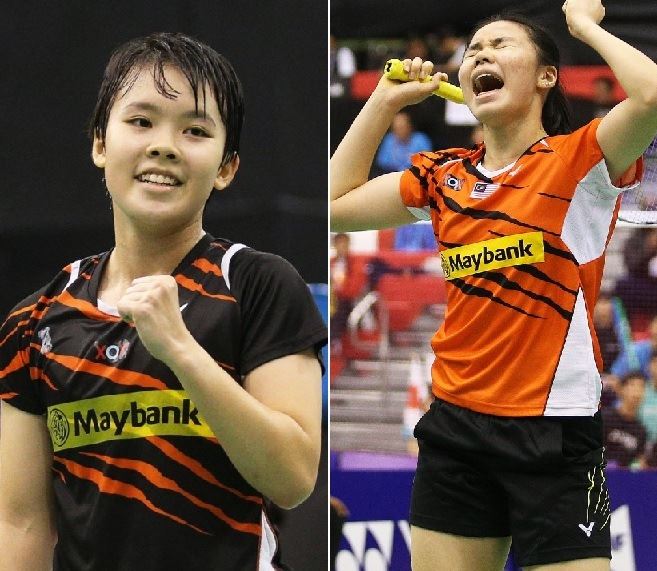 Fans at the High Performance Center – Videna were spoilt for choice this afternoon as athletes from these three nations stole the spotlight, producing enduring memories with a day still left in the tournament. “My strokes were going well today. I just wanted to play my game and that’s what I did. He (Namkul) is very good also but he made some simple mistakes,” said the 16-year-old who began his badminton journey ten years ago.

“It’s the first time an Indian is in the Men’s Singles final and I want to win it. I’m going to give 100 per cent.”

Whatever the outcome of the Men’s Singles final it will be a historic result as Chinese Taipei – represented by Lu Chia Hung – has never won the signature event either; though having a finalist two years ago. Lu again withstood all that flamboyant Japanese Koki Watanabe conjured up. The lead changed repeatedly in the first game before Lu – who had been 11-15 down – raised his attack to grab ten of the last 13 points. His grip on the match strengthened in the second as Watanabe’s usual accuracy deserted him. The final score: 21-18 21-12.

“I’m very excited about tomorrow. It’s my last match in World Juniors and I want to win. Chinese Taipei has never had a champion,” said Lu. While Chinese Taipei and Indian supporters must wait another day to find out which camp will be jumping for joy, Malaysia has started celebrating. Two blossoming talents from that nation, in the form of Lee Ying Ying and Goh Jin Wei, defeated Japanese opponents to ensure Women’s Singles gold and silver for Malaysia – again a first in the annals of junior badminton. A gritty victory by Lee – holding off Natsuki Nidaira, 21-15 16-21 21-14 – followed by 15-year-old Goh’s 21-10 21-10 blitz of Moe Araki, triggered exuberant shouts among their team-mates – and no doubt back in their homeland.

“It’s good for Malaysia because everyone is talking about the standard of Malaysian badminton dropping. I am glad that me and my team-mate have both reached the final,” said Goh (featured image; left); already a veteran of three World Juniors despite her age.

She controlled her match from start to finish, with sizzling winners flying off her racket and leaving the despairing Araki no chance whatsoever.

“I’m surprised by the score. I watched videos of her and I know she usually covers the court well. I expected a tougher match. I think she didn’t play her best today but I enjoyed the match. I was relaxed because I knew I had a medal already. Now to reach the final, I’m so happy. It’s hard to describe my feelings,” said Goh. The sentiments were much the same for 18-year-old Lee (featured image; right) who began her Women’s Singles campaign not at all confident and praying she could at least make it to the quarter-finals in her last year as a junior. However, having ousted the No. 3 seed in the second round, she set her sights higher.

“I want to be the champion. The most important thing is to believe in myself. Today was hard but I told myself not to give up, especially after she (Nidaira) came back in the second game. We were both tired in the third game and I just tried to be patient and get the shuttle back over the net,” said a relieved Lee.

“She was attacking and I was defending. I got the lead and my confidence came back. I fought until the end and I will do the same tomorrow.”

China is also in winners’ row already with badminton’s leading country having secured gold in Women’s Doubles and Mixed Doubles. Team captain Chen Qingchen is on track to repeat her double-gold success from last year. She and Zheng Siwei will oppose their compatriots, He Jiting and Du Yue, for the Mixed title. Chen and Jia Yifan take on Du and Li Yinhui in the Women’s Doubles finale.

Denmark’s Joel Eipe and Frederik Søgaard Mortensen stared down three match points to thwart a third all-China final in Men’s Doubles. In a match which seemed a perpetual fightback for them, the No. 2 seeds climbed from 11-17 down to 17-18 in the third game and then from 17-20 down to triumph 18-21 21-17 22-20 versus Han Chengkai and Zhou Haodong and send spectators wild; the Danes screaming and collapsing in disbelief at their achievement. They will battle top seeds He Jiting and Zheng Siwei for the gold.

“We don’t know how we did that. It’s just amazing. This is what we practise for. It’s the best moment of our career,” declared Mortensen; his partner nodding and smiling.

“We were kidding about (getting to) the final but we’ve done it…and there’s always a chance if we play like this again.”