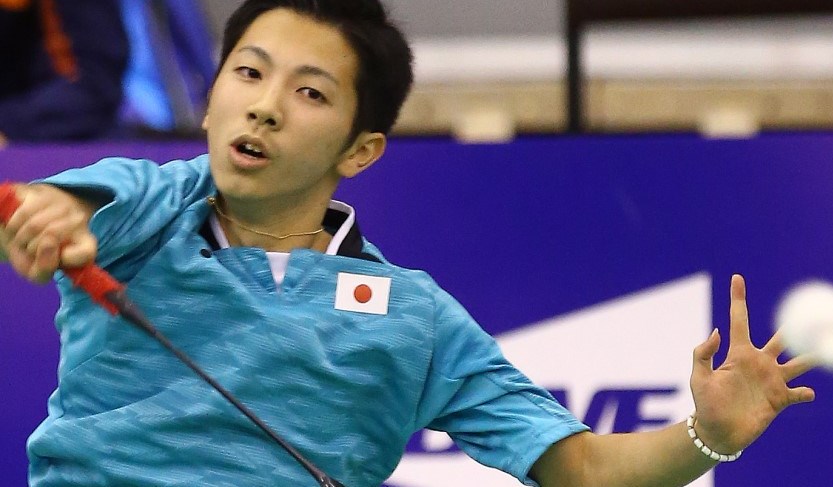 The Japanese livewire later blazed into the quarter-finals of the YONEX BWF World Junior Championships 2015 in Lima, Peru; swatting away an optimistic Chirag Sen of India, 21-18 21-9.

Increasingly the ‘talk of the town’ with his flashy footwork and racket wizardry, the fearless Watanabe (featured image) clearly relishes a challenge and the idea of being – if only on paper – the underdog, and moreso the unknown and unseeded factor in this race, motivates him even more. As in the Suhandinata Cup semi-finals, when Japan almost rode his slender frame into the final, Watanabe’s skills and bravado scythed through his rival’s ranking and reputation – even cutting down a first-game loss – to carve out a deserving 15-21 21-17 21-12 triumph in their third-round clash at the High Performance Center – Videna.

A few quick attacks late in the first game earned Cheam the early advantage but that did not bother his opponent who overhauled a 14-8 deficit in the second game to level the score. The third game was all Watanabe, with the diminutive player’s confidence soaring as Cheam’s sank; the latter looking at his coach helplessly as the youngster skipping around at the other end commanded the attention – and the score. The 11-2 gap at the interval was more than numeric and there was no way back for Malaysia’s best hope.

“His serve was fast in the first game and I was a bit defensive. I got more aggressive and more confident in the second game. I played even better in the third and I took my chances,” said the smiling 16-year-old in his World Juniors debut.

By contrast, head hung low, Cheam bade a sad goodbye to his junior career – without the title he coveted.

“This was my last chance,” lamented the 18-year-old; his country’s fortunes now solely on the strings of No. 10 seed, R. Satheishtharan.

“He played really well and I lost focus from the time he got past me in the second game. I don’t know what happened. I’m very disappointed. It’s a bad ending to juniors for me.”

The prospect of a final between Watanabe and the other Men’s Singles pint-sized dynamo – top-seeded Firman Abdul Kholik – is already looming in fans’ minds though there’s still a significant way to go in the tournament. The flamboyant Kholik progressed to the last eight with little trouble from either Thailand’s Pachaarapol Nipornram (21-5 21-15) or Yeoh Seng Zoe (21-14 21-17) later. Others who will hope to have a say include China’s Lin Guipu; Chinese Taipei’s Lu Chia Hung; India’s Siril Verma and Loh Kean Yew who opposes Watanabe in tomorrow’s quarter-finals.

Women’s Singles also saw the fall of some top contenders with No. 2 seed Saena Kawakami bowing out in a hard-fought contest versus fellow Japanese, Moe Araki, 21-15 12-21 21-19. Also faltering was Gregoria Mariska Tunjung who failed to convert game points in the opening game against Gao Fangjie and then could not capitalise on saving seven match points against the Chinese. The Indonesian hopeful perished 24-22 26-24. Meanwhile, favourite and top seed He Bingjiao of China beat Korea’s Lee Yu Rim, 21-15 21-17, to reach the last eight. Malaysia’s Goh Jin Wei and Lee Ying Ying also advanced; Goh as a result of a walkover by Mia Blichfeldt of Denmark while Lee’s strong run continued versus Spain’s Clara Azurmendi (21-16 21-11).

Fans were also treated to some evening fireworks in the Mixed Doubles duel between No. 5 seeds, Fachriza Abimanyu and Apriani Rahayu of Indonesia, and China’s Dong Weijie and Zhou Chaomin. This gripping battle featured much of the high-flying theatrics and deft net play in which badminton purists revel and the repeated gasps and cheers from the audience denoted just how much they enjoyed the encounter; momentum hardly with either side more than two or three points.

In the end, Abimanyu and Rahayu showed nerves of steel and saved three match points to squeeze to victory in straight games (21-16 25-23).

“We had nothing to lose. We tried to play patiently and vary our shots because we felt if we played fast and kept smashing that would suit China. Our defence was really important today,” said Rahayu; a crouching tiger at net, pouncing on the shuttle every chance presented. 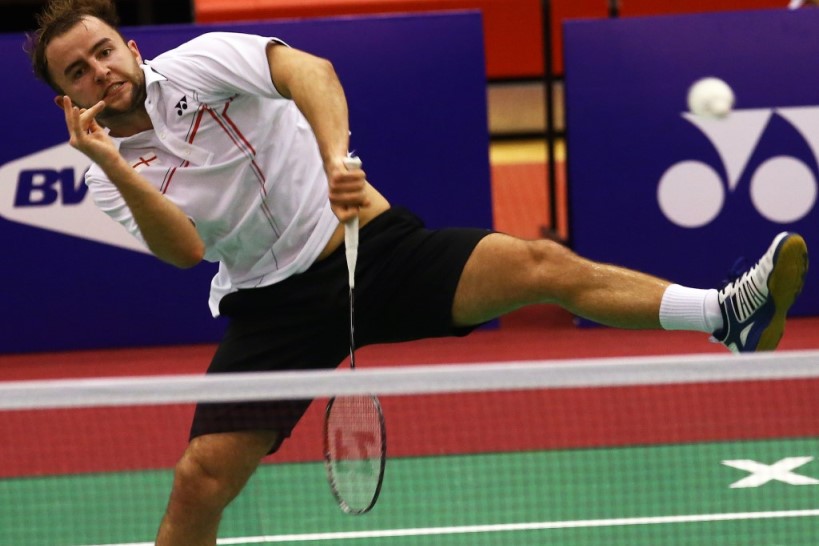 Spain’s Alejo Ibeas and Miren Azcue also excelled in Mixed Doubles with two good wins today; the first against No. 2 seeds, Melih Turgut/Fatma Nur Yavuz of Turkey (15-21 21-17 21-18). They then outlasted the French pair of Thom Gicquel and Delphine Delrue (21-17 18-21 21-16) to be faced with the surprise realisation that they may have to change their return flights pre-booked for tomorrow evening.

“We’ve done well. We honestly didn’t think about getting this far or who we would play next,” declared Azcue, laughing at their “nice situation”.

Meanwhile, China has three pairs in the quarter-finals of all three doubles disciplines, with five of their players each in the hunt for two gold medals.