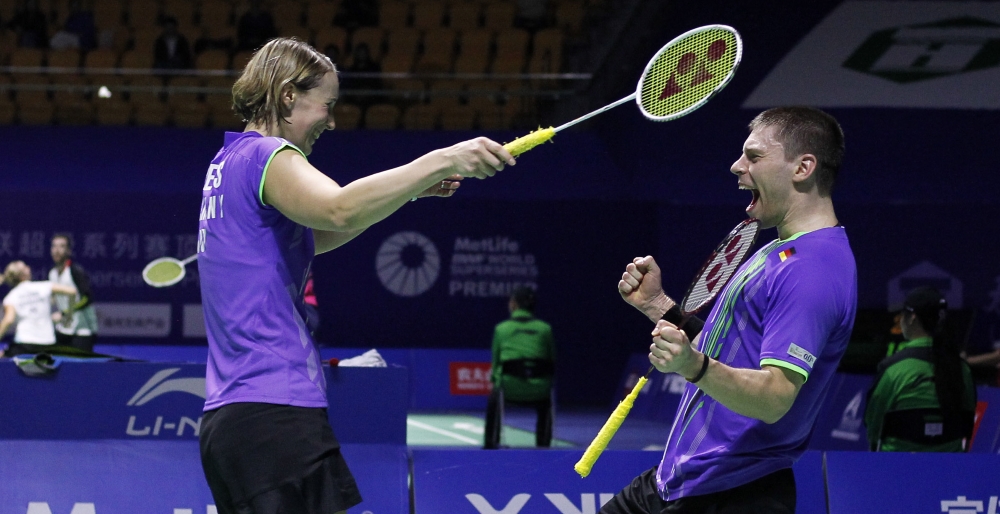 Kidambi Srikanth’s title defence of the Thaihot China Open lay in tatters as he crashed out in the first round today.

The Indian’s mediocre form in recent months was evident as he was outplayed by Hong Kong’s Hu Yun, 21-12 21-18. Since winning the Yonex Sunrise India Open in March, Srikanth has failed to progress beyond the second round of any World Superseries. Hu, who had beaten him in their last meeting at the BWF World Championships, played a typically crafty game to outwit Srikanth in just 38 minutes.

It was a poor day for India’s Men’s Singles hopefuls. Apart from Srikanth, Ajay Jayaram – unlucky to run into favourite Chen Long – and HS Prannoy too fell in their opening encounters. Prannoy ran into qualifier Guo Kai (China), who edged ahead of him in a close match: 21-14 17-21 21-19. Jayaram stood little chance against the in-form Chen, who eased to a 21-12 21-11 result.

Another Chinese qualifier, Shi Yuqi, also made the second round.

Last year’s runner-up Lin Dan weathered some trouble from young qualifier Qiao Bin. Trailing 7-11 in the third, Lin once again shut off the door and did not give his young compatriot another whiff. Lin’s masterly control of the shuttle and rock solid defence left Qiao groping for answers as he went down 11-21 21-8 21-16.

Another title contender, Viktor Axelsen (Denmark), very nearly lost the plot against Hong Kong’s Wei Nan. Axelsen trailed towards the end of the decider but tightened his play just in time to emerge winner at 18-21 21-11 21-18.

Mixed Doubles second seeds Tontowi Ahmad and Liliyana Natsir suffered an unexpected early exit against Germany’s Michael Fuchs/Birgit Michels (featured image). The Indonesians, whose last Superseries victory was over a year ago, suffered their second straight first-round loss as they went down to Fuchs and Michels, 21-19 22-20.

What must have rankled the Indonesians was that they nearly had the first game sewn up at 19-14. The Germans picked up seven points in a row to take the first game, and then again climbed back from a deficit against their opponents who increasingly looked shorn of self-belief. With Ahmad’s smashes lacking sting, the Germans were able to repulse the Indonesians for their second head-to-head win in six matches. Unlike her compatriot Srikanth, Women’s Singles defending champion Saina Nehwal saw off a difficult opponent to make the second round. Top seed Nehwal was tested by OUE Singapore Open champion Sun Yu (China) but breasted the tape ahead of her, 22-20 21-18. Some of the young Chinese gave a good account of themselves. Shen Yaying forced No.3 seed Sung Ji Hyun (Korea) to three games, while qualifier Chen Xiaoxin fought past Chinese Taipei’s Hsu Ya Ching 18-21 21-9 21-19. 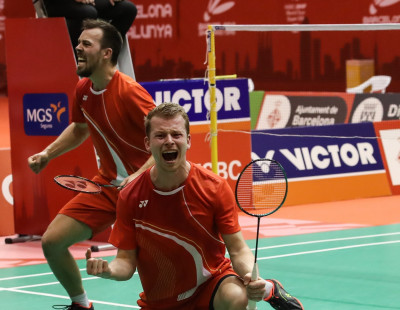 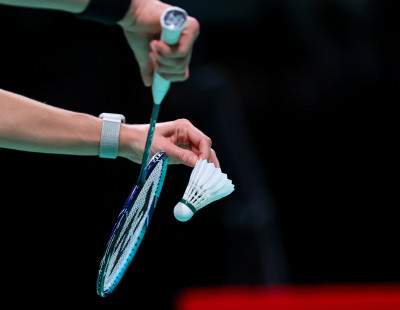 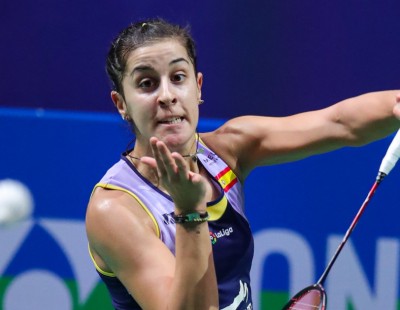