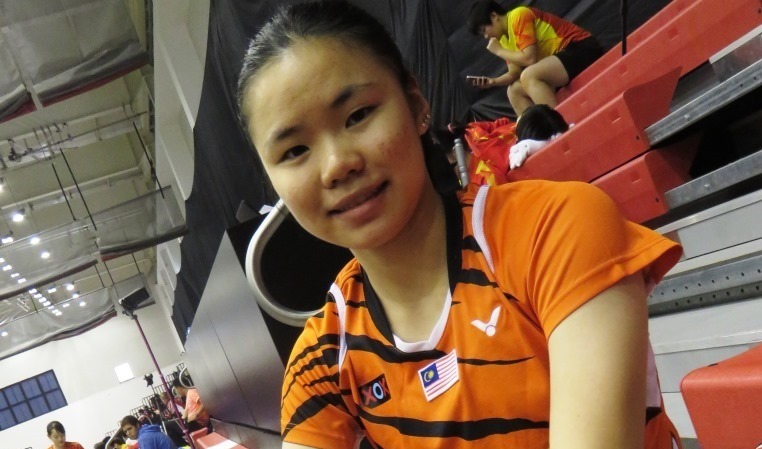 Playing early this morning in Lima, Peru, she overcame not only her Thai rival but also fears about her recent poor form to win 18-21 21-14 21-13. That upset victory put Lee into the third round where she later faced Frenchwoman, Yaelle Hoyaux; downing the European impressively, 21-13 21-9.

Reflecting on her first match, the 18-year-old in her third World Juniors outing revealed she was worried prior to the match because “my performance before the individual competition

was not good…I didn’t expect to win…I just wanted to fight and not give in”.

Admittedly “surprised” by the result of her first encounter versus Katethong, Lee (featured image) said her opponent was attacking and therefore her objective was “to get in my attacks first”.

Having outdone Hoyaux previously, the Malaysian was more confident about that match and it showed from the outset as she controlled much of the proceedings. For her troubles, Lee will next oppose the beanpole ninth seed Clara Azurmendi of Spain for a spot in the quarter-finals. 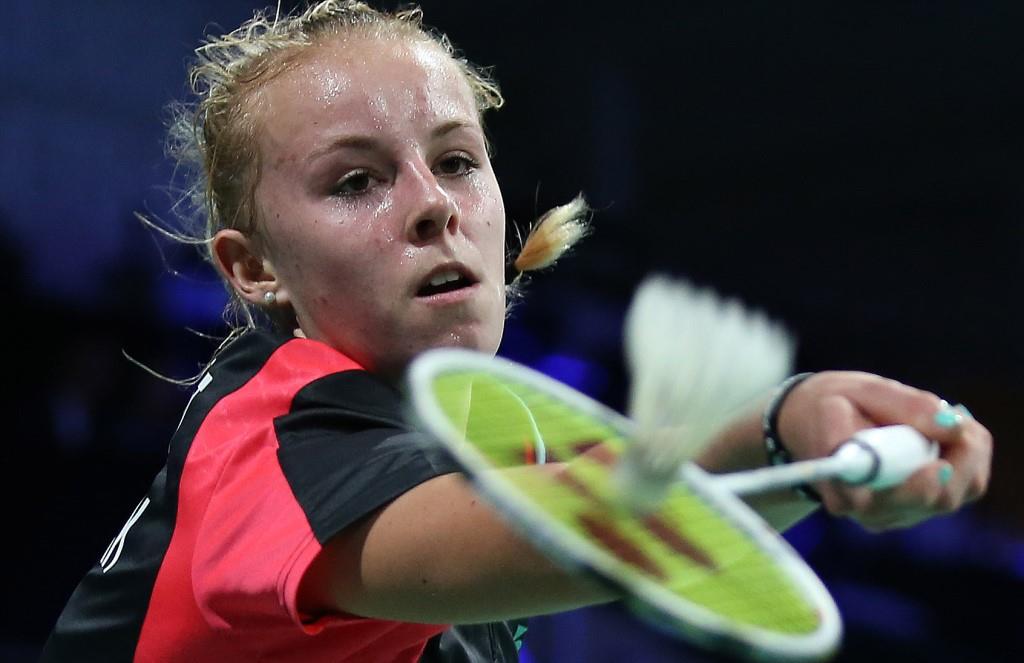 There were no other hiccups in Women’s Singles with the leading contenders setting out their stall in the absence of two-time champion, Akane Yamaguchi of Japan. Having settled for silver a year ago, No. 1 seed He Bingjiao would have been fancying her chances as she brushed aside the challenge of first Qingzi Ouyang of Canada (21-19 21-19) in the second round and then Thailand’s Pattarasuda Chaiwan, 21-14 18-21 21-8, in the third round. The Chinese left-hander now meets Korea’s Lee Yu Rim in the last 16. Others progressing smoothly include No. 2 seed Saena Kawakami of Japan; Indonesia’s sixth-seeded Gregoria Mariska Tunjung; Mia Blichfeldt of Denmark (above); No. 5 seed Pornpawee Chochuwong of Thailand; and Lee’s fourth-seeded team-mate, Goh Jin Wei. In Men’s Singles, Firman Abdul Kholik (left) of Indonesia returned to the court in pursuit of individual glory, having been benched for the Suhandinata Cup finale. The top seed quickly disposed of Slovakia’s Martin Cerkovnik (21-14 21-15) to advance to the third round, having drawn a bye in round one. Other leading seeds such as Cheam June Wei of Malaysia, Denmark’s Anders Antonsen and Lin Guipu of China moved on, though the latter had to fight off two game points from Guatemala’s Umana Ruiz Mario to prevent a decider. On the neighbouring court, Mario’s compatriot and Lin’s next opponent, Ruben Castellanos, continued his dream run with another win, ousting Mexico’s Francisco Buenrostro, 21-15 21-15. Host nation Peru also have one of their own to support in the third round as Diego Mini came through, 21-11 19-21 21-17, versus Wan Wai Chi of Macau.

Men’s Doubles was rocked by the quick exit of No. 5 seeds, Andika Ramadiansyah Andika and Rinov Rivaldy, plummeting to Ren Xiangyu and Tan Qiang as the Indonesians continued their nightmarish results against Chinese opposition, having been part of the unit so roughly manhandled in the Suhandinata Cup showdown last Sunday. The 21-15 21-11 beating was hardly what the Indonesians were hoping for today. Other notable pairs in the mix are Po Li Wei/Yang Ming Tse of Chinese Taipei; No. 2 seeds Joel Eipe/Frederik Søgaard Mortensen from Denmark; Thailand’s Mek Narongrit/Krit Tantianankul (below); and No. 3 seeds, Kenya Mitsuhashi/Yuta Watanabe of Japan. 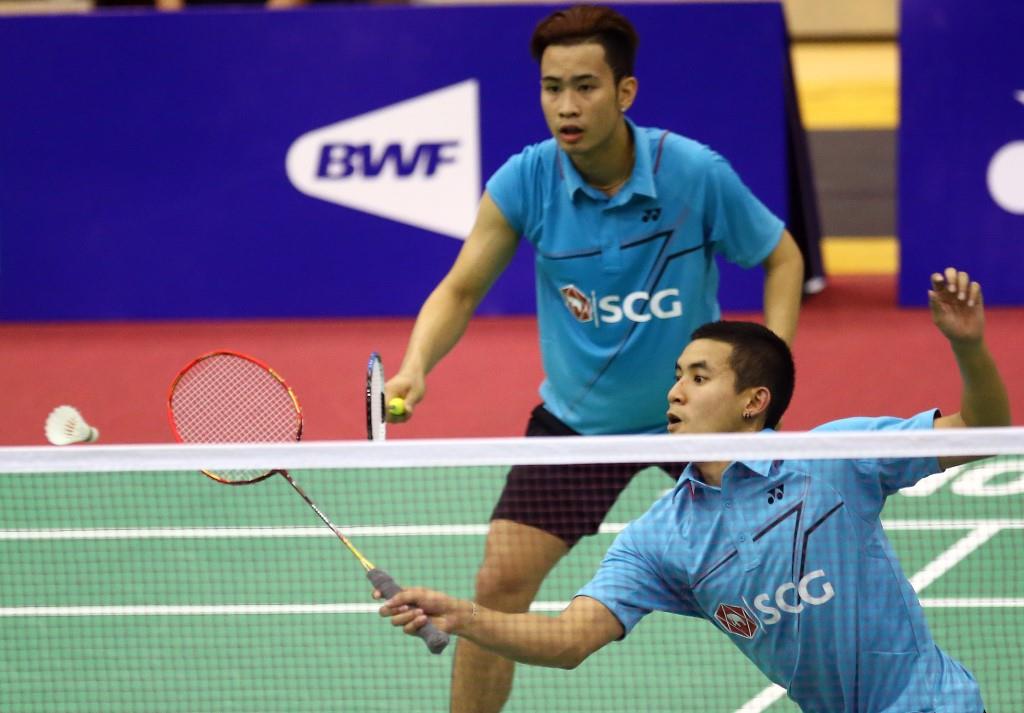 Meanwhile, China’s team captain Chen Qingchen methodically set about her quest for a repeat of her golden double last year, negotiating the early rounds in Women’s Doubles and Mixed Doubles with her respective partners. She and Jia Yifan have barely broken a sweat in their two matches, limiting their opponents’ scoring to single digits as they seek to retain their crown. Partnered in Mixed Doubles by Zheng Siwei (below), Chen will also be keen to recapture the title she won in 2014 with Huang Kaixiang. 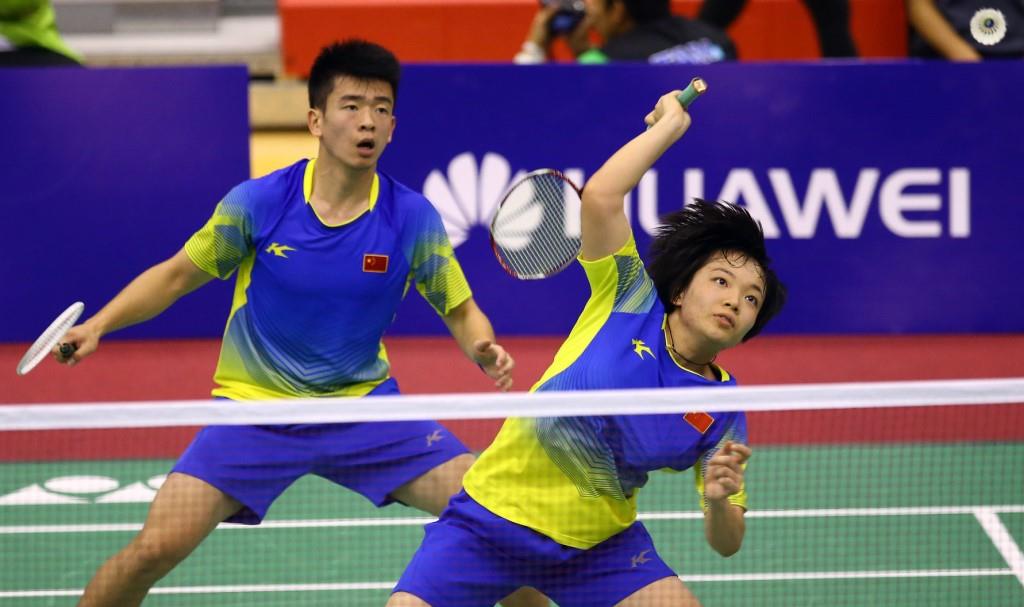