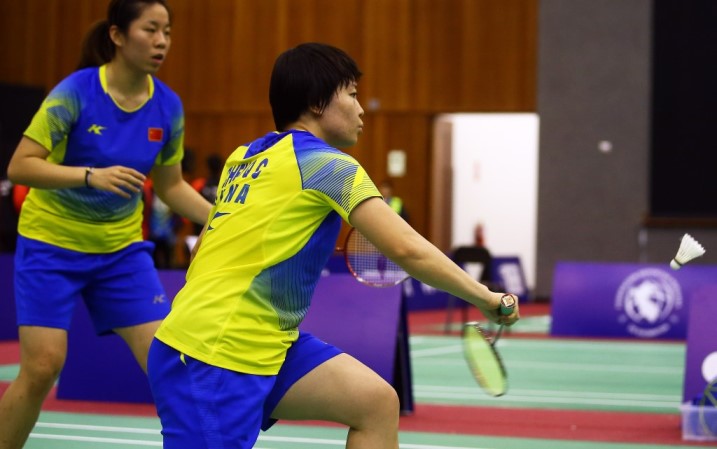 As has so often been the case in team competitions, it was the women who came to the rescue with their team perilously 2-1 down, following losses in Men’s Singles and Men’s Doubles, to ensure their country’s honour remains intact for at least one more day – if not longer. He Bingjiao may have tInnaken her time, and even looked shaky in the early going versus a lively Saena Kawakami, but by the end the sturdy left-hander was in full command, ripping winners in all directions as she heralded the Chinese comeback, 18-21 21-17 21-13 in Women’s Singles. The mission was efficiently completed by her team-mates, Chen Qingchen and Jia Yifan (featured image), who nodded and raised their fists confidently as they entered the court for Women’s Doubles with the scores locked 2-2. It was a calming signal to their peers: “No problem, we got this!”

The champions had survived their first serious test in Lima, Peru – phew!

Palpable relief and joy swept through China’s camp which had earlier looked concerned, if not downright worried as Men’s Singles linchpin, Lin Guipu, was beaten by the crafty Koki Watanabe, 21-15 17-21 21-17. Fears deepened as Kenya Mitsuhashi and Yuta Watanabe rebounded to overcome He Jiting and Zheng Siwei (11-21 21-16 21-19) in Men’s Doubles to give Japan a 2-1 lead in the tie. China had scored the first point of the clash in Mixed Doubles. 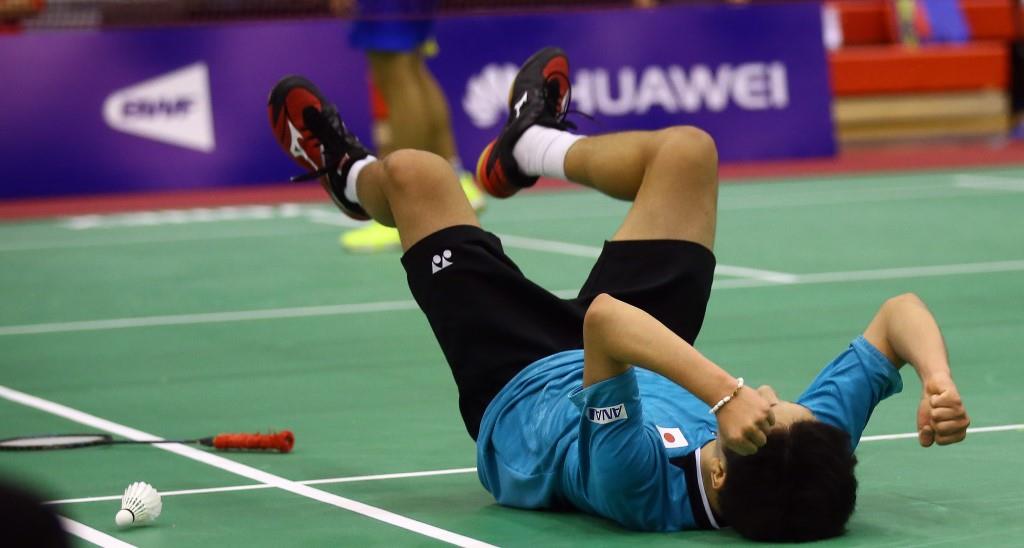 “Our boys didn’t play well today. It’s lucky we had the girls who are very experienced and that our Women’s Doubles were able to win it. I’m very happy about that,” said China’s team manager, Lu Sida.

By the time China were celebrating their great escape, Indonesia’s young guns had long been relaxing in the bleachers with fans who came to cheer them on at the High Performance Center – Videna. They had lived up to their billing and ensured a second successive final against the Chinese with a solid 3-1 outcome over Chinese Taipei.

Riding a tidal wave of boisterous support, Imam Tohari’s charges produced the goods in Men’s Doubles and Men’s Singles before an outstanding performance by Gregoria Mariska Tunjung (left) sealed the semi-final perfectly for her country. Off court a charming, smiling 16-year-old, this young shuttler transforms into an aggressive, attacking force in the heat of battle and her all-court class was way too much for Sung Shuo Yun who was totally confused by Tunjung’s devilish slice and drop shots.

There was no dilly-dallying with the final rites, the Indonesian prevailing 21-11 21-8.

“I was so nervous the whole time,” said the winner, laughing and reassuming her girlish demeanour as she packed her racket bag and began stretching. “I played well and I’m happy we are in the final.”

Her male counterpart Firman Abdul Kholik again shone when it mattered most. The jump-smashing dynamo got the better of Lu Chia Hung, 23-21 21-19 in Men’s Singles; wriggling out of a few tricky situations with the right

Imam Tohari was a proud coach/manager at the end of the night, noting Indonesia had exceeded their target by reaching the final.

“We wanted to be in the top four. It has been a challenge. We have a small team and I have a double role as coach and manager. The players have been under pressure to do well but now they can relax a little – but not too much as we still have the final. China are the favourites but it’s a team event and it can go either way,” said the head of Indonesia’s squad. 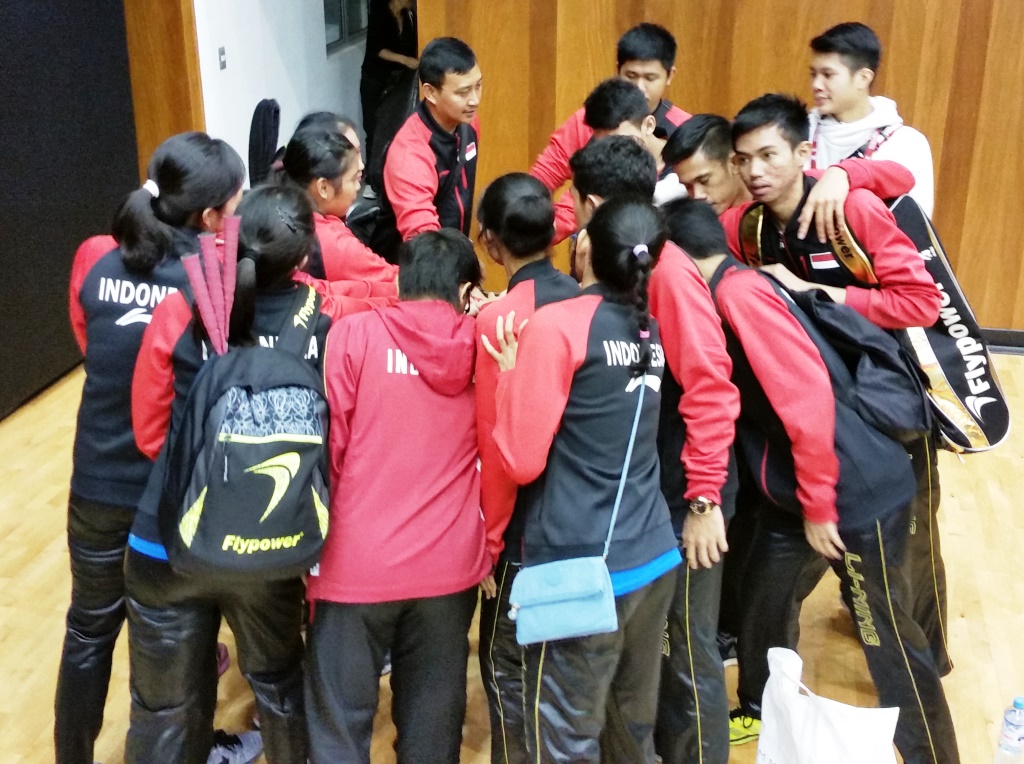 China’s Lu Sida noted Indonesia is “very strong” and that his players cannot afford to lapse like they did against Japan.

“We have to focus and prepare well, especially in Men’s Singles. That is important for us.”

Meanwhile, in the battle for positions 5 to 8 in the tournament, Thailand beat Denmark 3-1 and Malaysia dismissed Hong Kong 3-0. The winners will now face off to determine which country finishes 5th and 6th while the losers play for 7th and 8th place. Matches continue for placements lower down the order among the remaining teams. 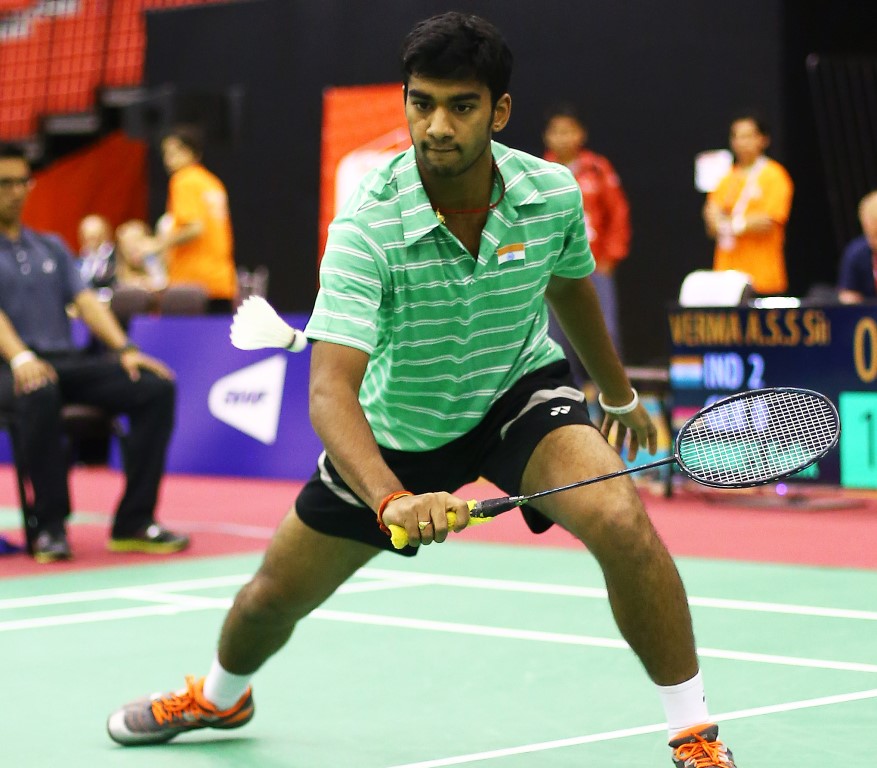 A.S.S Siril Verma helped India to a 3-0 win over Germany, beating Felix Hammes, 21-14 21-13, in Men’s Singles. India will meet Korea to determine 9th and 10th place in the Suhandinata Cup.