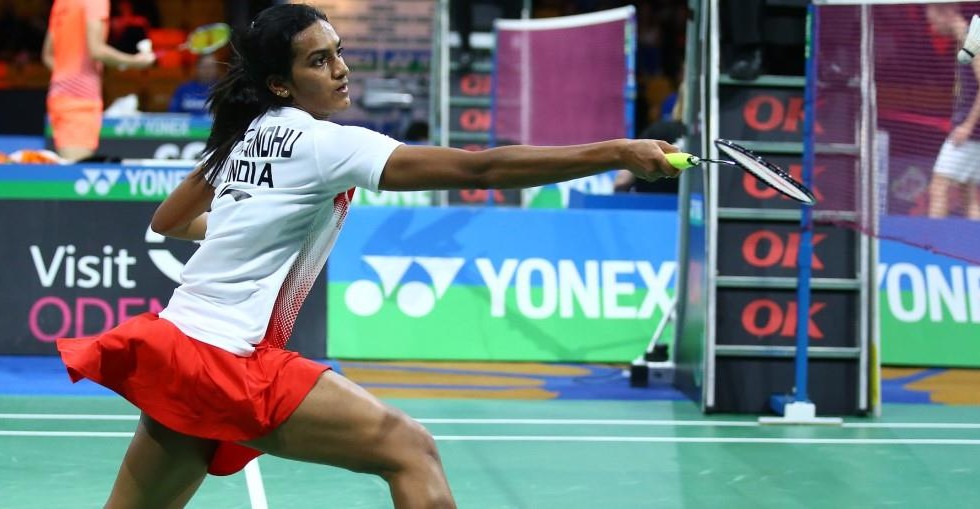 In one of her finest performances, PV Sindhu upset the form book today to advance to her first MetLife BWF World Superseries final while thwarting Carolina Marin’s bid for a fourth World Superseries title this year.

It all seemed so familiar in the third game of their intense semi-final at the Yonex Denmark Open with the No. 2 seed mounting another of her trademark comebacks. Having yielded the early advantage to her Indian rival, Marin squared the match one game apiece and then grabbed leads of 12-9 and 15-11. From such positions, the gritty two-time World champion 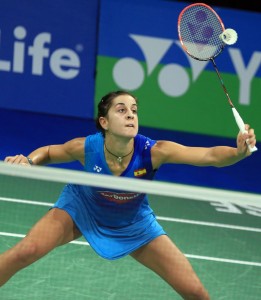 has usually proven unbeatable, but this occasion was to be different.

Sindhu, sidelined for much of 2015 by injury, was not finished and doggedly clawed her way back, fighting stroke for stroke with Marin, countering attack with more attack and defending resolutely when required. Suddenly, she was back level and then ahead, the Danish crowd – disappointed their own on-court heroes had all faltered – taking her to heart and bellowing “Sindhu, Sindhu”; cheering every point in her name.

Finally a searing smash past Marin; a relieved Sindhu sinking to her knees and spectators roaring in delight – it was over!

“I’m really happy. It was not easy. She is an attacking player and very powerful. There were some long rallies and neither of us was leaving the shuttle. I have lost to her the last three times and I told myself ‘Come on this is not over until the last point’,” said the elated winner.

“I was trying to push her back and I had good pace for most of the match. I’m also happy with my defence.”

Marin, of course, was gutted with the result. The Spaniard who has blazed to victory at the All England Championships as well as in Australia and Malaysia – not to forget defending her World title – said she lost focus at the crucial stage and did not stick to her game plan.

Li Xuerui will be across the net from Sindhu tomorrow and, having improved her form with each match, will fancy her chances of retaining her title – which would be her first for 2015. However, having lost to the lanky Indian at the BWF World Championships this summer, the Chinese star knows well she cannot afford lapses such as the one versus Korea’s Sung Ji Hyun in today’s semi-final. Up by a game and 16-9 in the second, she conspired against herself to let Sung back into contention and suddenly found herself in a decider. Clearly annoyed, she rebounded smartly and quickly completed her prolonged mission: 21-8 20-22 21-10.

Following his walloping of Lin Dan yesterday, local fans were hoping for similar stirring stuff from Viktor Axelsen but it was not to be for the towering Dane who fell short versus the titanic Chen Long. Odense’s home-grown talent had supporters in high spirits as he roared to the front against the world No. 1, thanks to a combination of slick guile, sharp attacks and energetic defence. Yet again though, he could not maintain his level and that was all China’s top gun needed to carve out a 15-21 21-17 21-16 win.

Raising his game, Chen proved too consistent for the increasingly erratic Axelsen as he reeled off 11 straight points from 8-12 down in the third game to take control. Despite a late flourish from across the net, there was no doubt the defending Men’s Singles champion would live to fight another day. He will have to contend with Indonesia’s Tommy Sugiarto who 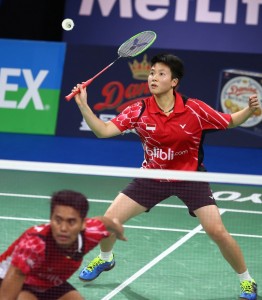 “I’m pleased with how I have played. I’m having one of the best years since I became independent because I have a coach now (Rashid Sidek) so I’m more confident. Chen Long has been dominating but I’m ready for him and I have learnt from how I saw Viktor play today,” said Sugiarto.

The hosts also suffered disappointment in Mixed Doubles and Men’s Doubles. First, Joachim Fischer Nielsen and Christinna Pedersen – who was fighting the flu as well as Korea’s Ko Sung Hyun and Kim Ha Na in the Mixed category – lost 21-14 21-16. Mathias Boe and Carsten Mogensen also fell (22-20 11-21 21-17) at the hands of China’s Liu Cheng and Lu Kai who have negotiated an impressive path from the qualifying rounds to the Sunday showdown.