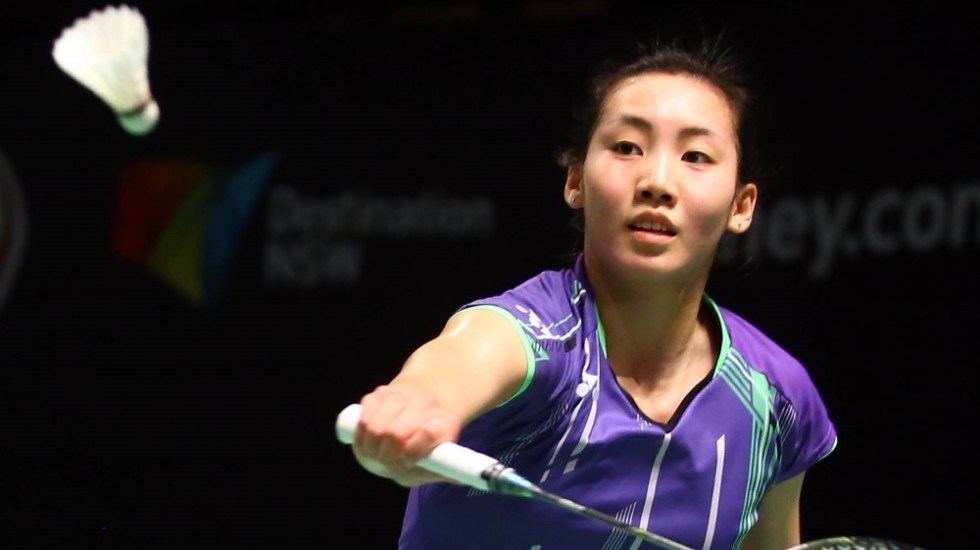 No American singles player in recent times has stood up to the rest of the world as Michelle Li has. The Canadian has excited fans both in her home country and elsewhere with her performances that have seen her on the verge of breaking into the top ten. With her defeat of World champion Carolina Marin earlier this year, Li proved she has what it takes to fight toe-to-toe with the very best. In this interview with Dev Sukumar, Li talks about the challenges she faces, her hopes for the future and the excitement of being part of this generation of Women’s Singles players: 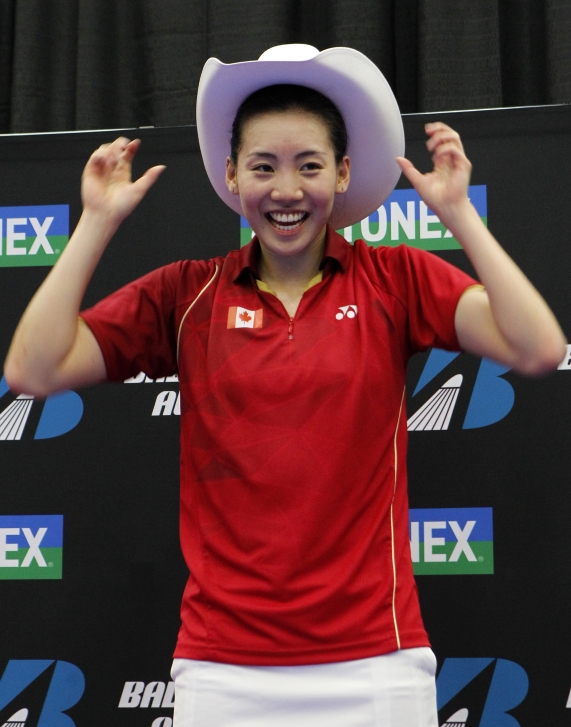 What are your thoughts when you look back on your season so far?

How do you keep your physical level high despite all the travel?

It’s really tough. I’m always asking for help from friends from other countries, like Hong Kong and Malaysia. It’s very tough, I have to do everything myself, like checking into the hotel, booking my flights, arranging practice times… my coach comes sometimes, but she can’t make it to all tournaments.

Is that good in a way, because it makes you more independent?

It makes me stronger as an individual athlete, but… obviously there are disadvantages. I want to be like other players, all I want to do is focus on my play and on-court stuff, whereas it gets tiring mentally (having to do these other things).

Most teams have masseurs and physios. How do you manage without that support?

I think it’s very important for me (to have support), because at these tournaments the intensity is so high. It’s inevitable that a player gets injured, not a major injury, but there’s always going to be overuse injuries. Because I don’t have a masseur… my performance drops every time I get injured because I don’t have someone to maintain my body every day. After a hard training session, I have to stretch myself, but it’s not as good as having a masseur who can take care of your body. So then next day I’m hurting. That makes a difference because it’s also mental, when you know you are not 100 percent. How do you plan to address that, when you know it’s such a vital part of your performance?

How has your approach to the game evolved over the last couple of years, since you started becoming a regular on the World Superseries circuit?

I try to not put as much pressure on myself. I’m playing bigger tournaments. I don’t think I have the experiences to perform consistently. Even though I know I can play at that level, I just haven’t found my way to perform, because there are still so many things I have to figure out. When I get to a tournament, everything’s different. Certain environments make me play better, certain environments don’t make me play better. So I have to find a way to perform every time. There are certain routines I have to do. When I’m on court, I try not to put too much pressure on myself. Because then I won’t enjoy it. Even if I’m not performing well, I can still calm myself down and tell myself to think logically but when I’m putting pressure, it gets messy and it doesn’t come out well. I try to find a way to enjoy it.

You’re playing at an interesting time in Women’s Singles; there are many different styles, diversity of nationalities, very high physical level. 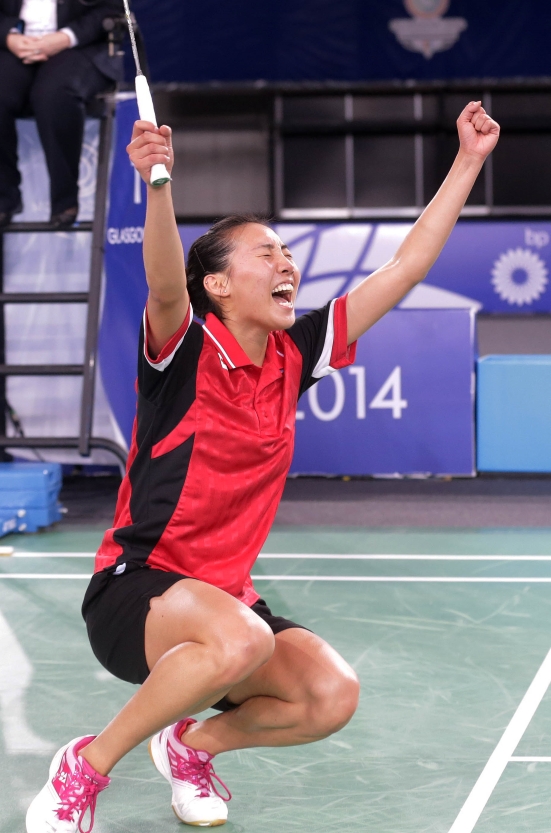 Yeah, I just… this period, this generation of Women’s Singles players, it’s interesting. Because everyone in the top 20 is so good, anybody can win. Back then it was dominated by China. I’m happy to be part of this generation; it’s so diverse, there’s so much variety in the game. To be No.1 you have to be able to adapt to so many different styles, whereas earlier there were just one or two styles I think. Yeah, it’s more creative now and anybody can win now so that’s really good.

What do you need to do to be up there with the best, say, to get into top 5?

I think I need to have the confidence, and really believe and train to the point where I know I can win. Have a steady and consistent routine, because consistency is the biggest need right now. In terms of skills, if I can improve on my defence I can do really well.

Japanese players, like Akane Yamaguchi and Nozomi Okuhara, seem to have changed the notion that you have to be tall, or at least average height, to excel. Have they redefined the requirements of Women’s Singles badminton?

Yeah, because I guess being short has its advantages; when you’re short you can be very quick to turn your body around. When you’re defending its easier for you. When you’re tall it’s harder to defend. I think each stadium is different. In Japan their style of play was good for them because they can run a lot. If you can run and keep up with them… that’s what I meant, you have to be good at so many aspects, if you want to win in every stadium, you have to be able to adapt to different conditions and different types of games.

But you are excited to be part of this generation with all this happening?

Oh yes, for sure. It’s not easy, right? For athletes, it always feels good to work hard to challenge yourself. And if you can reach your goal, that’s the best feeling, no matter how hard it was, it’s worth it if you can get there. That’s why so many athletes are good at persisting. I guess (despite) my lack of resources, always being alone at tournaments, I’m proud I can keep going.

I’m self-funded, I have to find my own sponsors. Yonex is my only sponsor and there’s a bit of funding by the government. 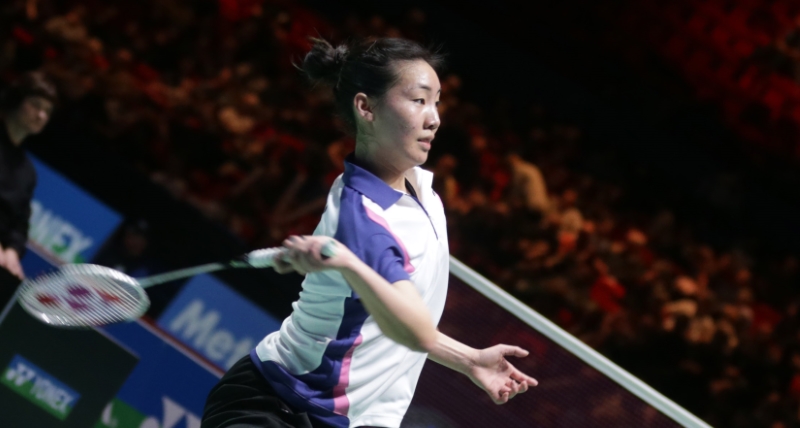 You have talked about hiring sparring partners from Asia.

I want to qualify for Dubai (World Superseries Finals). But I have to do something different. Training at home is one thing, it’s easy, where I can keep my routine, but while playing at tournaments I don’t always have anyone’s help.

As an elite badminton player from Canada, you have the chance to become an icon for badminton in North America. Is that something you think about?

I obviously want to change the sport in North America. To do that, someone has to achieve the results. That motivates me to fight for the sport in North America, because in Asia there are so many good players, and to be the one from America, me and Beiwen (Zhang) – I don’t know if she can play the Olympics – so few of us can compete with the Asians. I still have so much to learn; I hope one day I could help bring the sport up in America. That’s one of my goals.