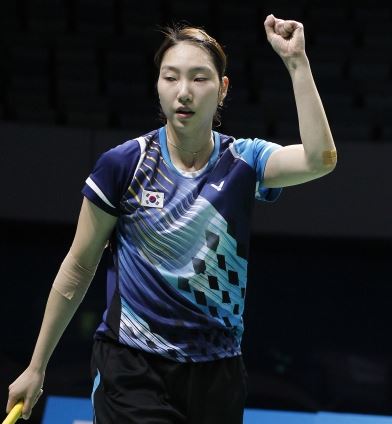 yesterday to follow up on their Mixed Team title at the Universiade Gwangju 2015.

Youngster Jeon Hyeok Jin produced the biggest surprise of the tournament as he upstaged seasoned compatriot Son Wan Ho in the Men’s Singles. Jeon completed a sensational campaign in style as he downed Son 22-20 13-21 21-17. On his way to the final, he had beaten better-known names such as Kenta Nishimoto (Japan), Siswanto Siswanto (Indonesia), defending champion Tanongsak Saensomboonsuk (Thailand, quarter-finals) and Chou Tien Chen (Chinese Taipei, semi-finals), all in straight games.

Kim Gi Jung and Shin Seung Chan started the final session on the right note for the hosts in the Mixed Doubles final. Their opponents, Lu Ching Yao/Chiang Kai Hsin of Chinese Taipei, were unable to wrest the momentum as they went down 21-14 21-11 in 20 minutes.

With the Mixed Doubles and the two singles going their way, Korea were in sight of the sweep but had a formidable challenge in the Women’s Doubles. Lee So Hee and Shin Seung Chan were up against OUE Singapore Open champions Ou Dongni/Yu Xiaohan of China. Despite being ranked No.10 and No.11 respectively, the two pairs have never faced each other in the World Superseries circuit. The Koreans were not intimidated by the Singapore Open champions and completely dominated their opponents from start to finish to record a 21-16 21-13 result.

Kim Gi Jung returned for the Men’s Doubles with Kim Sa Rang. The final was an action-packed affair, with their opponents Zhang Wen and Wang Yilv (China) getting close to taking the second game, but the Koreans were able to close the contest 21-16 22-20.