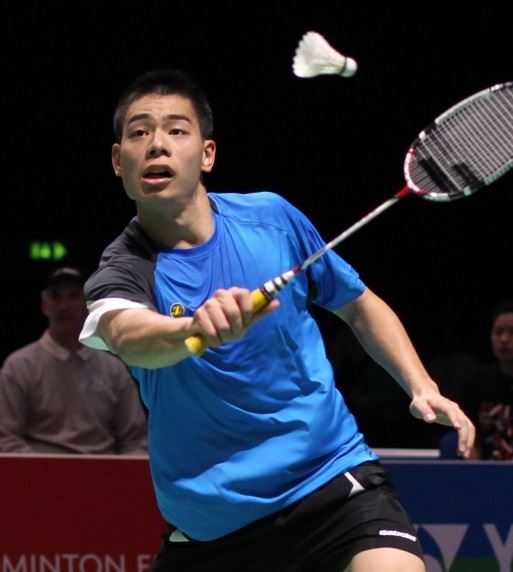 Home stars Lee/Ko, expected to retain their Men’s Doubles gold, were toppled by China’s Zhang Wen and Wang Yilv (below) in the quarter-finals. After a comfortable first game victory for Lee/Ko, the Chinese turned it around, stunning their opponents 12-21 21-12 21-17. Saensomboonsuk, defending Men’s Singles titlist, met the same fate as he fell to Jeon Hyeok Jin, 21-18 21-19. However, the Women’s Singles defending champion Sung Ji Hyun faced no problems in progressing to the semi-finals. The Korean cruised past Japan’s Miyuki Kato, 21-10 21-17, and takes on another Japanese, Shiho Tanaka, who surprised China’s Hui Xirui in a close match, 21-16 16-21 22-20.

The other semi-final will pit Chinese Taipei’s Tai Tzu Ying and Thailand’s Porntip Buranaprasertsuk (below).

In Women’s Doubles, local hopefuls Lee So Hee/Shin Seung Chan had to dig themselves out of trouble against Thailand’s Chayanit Chaladchalam/Phataimas Muenwong. The Koreans lost a close first game but returned strongly in the second and third to triumph 21-23 21-16 21-12.

Lee/Shin take on Japan’s Miki Kashihara/Miyuki Kato, while the other half will feature China’s Yu Xiaohan/Ou Dongni against another Korean pair, Go Ah Ra/Yoo Hae Won. The second semi-final will be an all-Korean affair as it features Kim Sa Rang/Go Ah Ra against Kim Gi Jung/Shin Seung Chan.