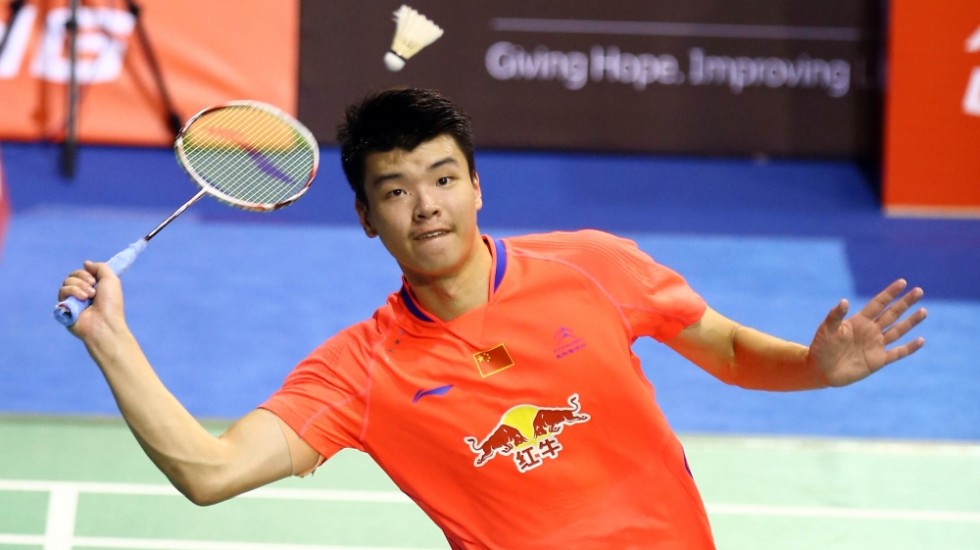 The hosts take on China in the final later today.

Korea were barely threatened by Malaysia in their semi-final. The Men’s Doubles pair of Kim Gi Jung/Kim Sa Rang had some trouble in their opening game against Juan Shen Low/Kuldip Singh, but gave Korea the lead in straight games: 22-20 21-18. Malaysia could not fight back from that point as Sylvia Kumares went down 21-4 21-7 to Kim Hyo Min in Women’s Singles and Mohamad Arif Abdul Latif was outplayed 21-16 21-18 by Jeon Hyeok Jin (above) in Men’s Singles.

The China-Thailand semi-final was far closer. Thailand had their chances, but lost out at crucial moments. China grabbed the lead in Mixed Doubles through Wang Yilv (featured image)/Yu Xiaohan over Nipitphon Puangpuapech/Chayanit Chaladchalam, 20-22 21-13 21-12.

Thailand stormed back into the tie through Tanongsak Saensomboonsuk, who held off a spirited challenge from Qiao Bin in Men’s Singles: 21-16 16-21 21-17. Thailand were expected to have the advantage in Men’s Doubles, with Bodin Issara and  Nipitphon Puangpuapech taking on Zhang Wen/Wang Yilv. However, the Chinese pair completely dominated them: 21-19 21-12.

Busanan Ongbumrungpan then lost the Women’s Singles to Hui Xirui (left) by the narrowest of margins, 22-20 22-20, helping China clinch the spot in the final.

India and Great Britain made the L2 final for the second-placed teams of the eight groups. India narrowly beat France 3-2, with Maneesha K/Meghana Jakkampudi clinching a narrow 21-11 17-21 21-18 win over Lorraine Baumann/Marie Batomene in the Women’s Doubles.