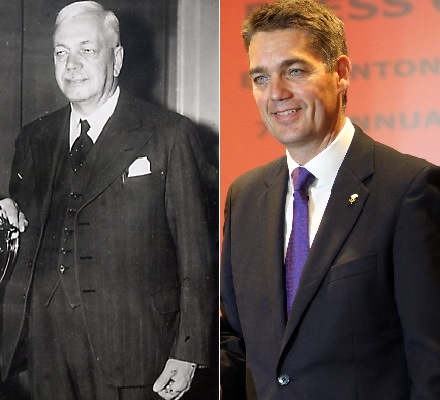 Today is the 81st anniversary of the founding of badminton’s international federation which took place on 5 July 1934.

In June 2005, the IBF headquarters moved from England to Kuala Lumpur, Malaysia, and a year later the IBF was re-christened the Badminton World Federation (BWF).

Sir George Thomas of England (featured image; left) was the first IBF President serving 21 years; the longest term of anyone in that capacity. Since May 2013, Poul-Erik Høyer of Denmark has led the BWF, with Peru’s Gustavo Salazar Delgado as Deputy President. Thomas Lund is the BWF Secretary General.