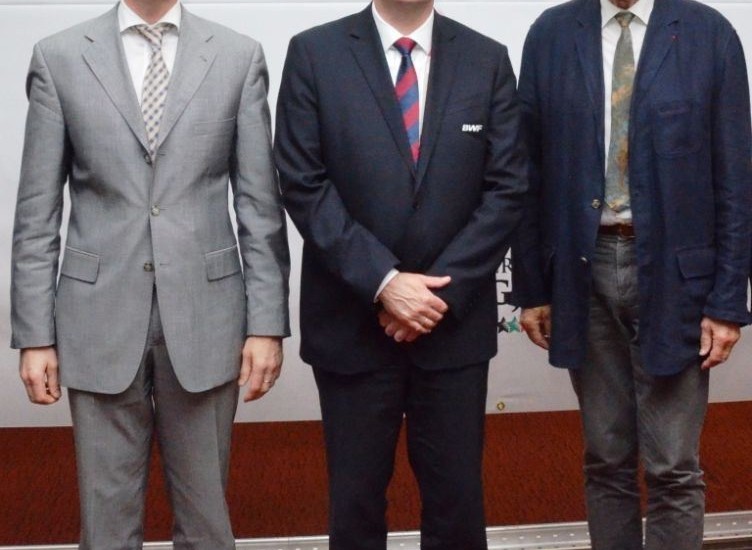 Badminton will be part of the compulsory sports programme of the Summer Universiade from 2021. Addressing the second day of FISU’s Executive Committee meeting in Gwangju, Korea, Høyer explained at length the benefits which could arise from badminton’s inclusion on the Universiade sports programme. Thereafter, the Executive Committee determined BWF had fulfilled all the criteria for badminton’s admission as a compulsory sport.

“We are pleased to have been successful in our application. It is certainly another significant step for badminton on the global stage and we look forward to its debut as a compulsory sport in 2021,” said Høyer, noting this ties in with BWF’s development plans.

“There is a lot of scope to develop badminton among universities and other tertiary-level institutions and today is a step in the right direction, especially given our focus on this segment of the global community.

“Last year we introduced a university version of Shuttle Time – our grassroots development programme – geared at trainee teachers and sports students who are seeking to become physical education or class teachers. This enables physical education teachers to introduce badminton in a fun and safe manner to children and this not only creates a new base of tutors but, more importantly, increases badminton’s sustainability in non-traditional badminton countries by providing a natural source of badminton-trained teachers for schools.

“So we are constantly working to address badminton-related needs on the global university landscape – and it’s good to see various parts of our strategic plan coming together.”

In a press statement, FISU noted “badminton is an ideal sport for the university environment”.

“The 2015 FISU Sport survey tells us it is the sixth most-popular individual sport within the World University Championships structure, and the fourth most-popular choice of sport to be included in the Summer Universiade, with low infrastructure impact for competition and training venues.  It is exciting for FISU because badminton complements FISU’s values and relationships: it is a core Olympic sport, it has a global presence and equal gender representation, and current and future ambitions in its educational programmes which mirror FISU’s aspirations.

“Beyond this, the number of high-profile players either within, or having passed through higher education offers FISU-BWF a mutually attractive market potential, and opportunities for the sector to directly support player development, research in both applied science support and technical innovation.

Having badminton join the FISU family is a win-win situation for us all!” Meanwhile, the biennial Summer Universiade begins tomorrow in Gwangju, with the badminton tournament starting on Monday 6 July, with a team competition followed by an individual battle in the five traditional categories. There are 260 players entered from 38 countries across all five continental confederations. Yet again, there is a star-filled field with some of the sport’s top international players in action. The hosts will showcase a strong contingent, with the likes of Olympic gold medallist and Men’s Doubles world No.1, Lee Yong Dae; reigning Men’s Doubles World champion, Ko Sung Hyun; Son Wan Ho in Men’s Singles and Women’s Singles ace Sung Ji Hyun, who will be defending the title she won at Summer Universiade 2013 in Kazan, Russia.

The Universiade is an international sporting event organized by FISU (International University Sports Federation). Held under FISU’s motto, ‘Excellence in Mind and Body,’ university students from around the world participate in this event to advance the development of education and culture, build friendship through sport, and honour sportsmanship.

As a multi-sport event with international participation from university students, it is the largest sporting event after the Olympics. The event is divided into the Summer Universiade and the Winter Universiade with each being held in different cities. To be eligible to participate in the Universiade, athletes should be undergraduate or graduate students between the ages of 17 and 28 as of January 1 of the year the Universiade is being held or have graduated in the year immediately preceding the year of the event.