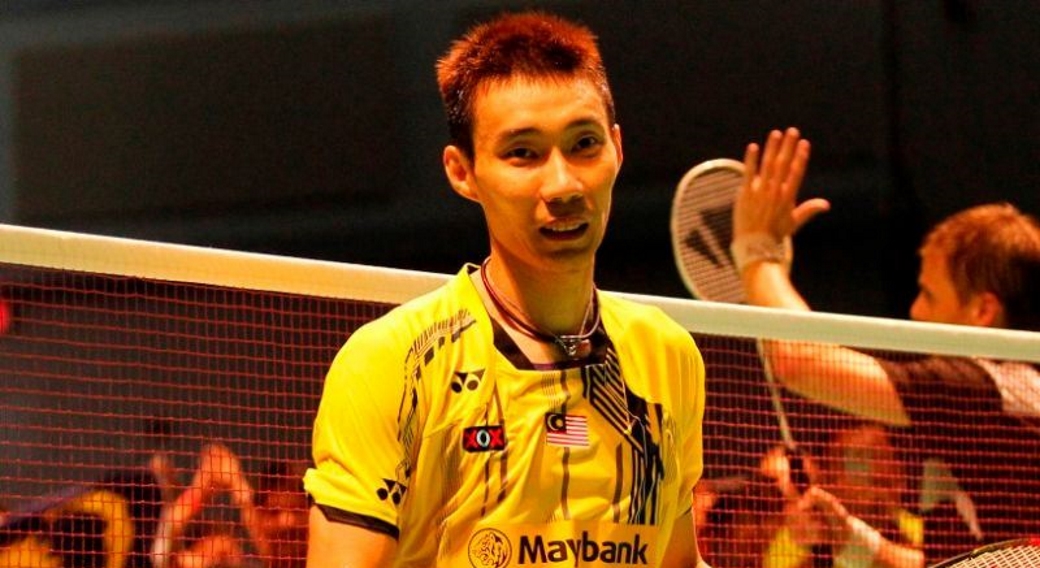 Lee Chong Wei savoured victory for the first time in over a year, wresting the US Open Badminton Championships Men’s Singles crown in an entertaining duel versus Hans-Kristian Vittinghus yesterday.

In a rare treat for American fans, a packed school gym was captivated as the former World No.1 withstood a spirited challenge from his Danish rival to win the Grand Prix Gold tournament – officially titled the 2015 YONEX Suffolk County Community College US Open Badminton Championships – 22-20 21-12, showcasing his endless arsenal of shots as he mixed attack, guile and defence to telling effect.

However, the Malaysia maestro – now plotting his way back into badminton’s upper echelons after an eight-month sanction for an anti-doping regulation violation – didn’t have the match all his way and No.3 seed Vittinghus clearly rued how he squandered hard-won opportunities to take the first game. The Dane pulled ahead 19-16 towards the end of a see-saw tussle in the opening game, surprising Lee with some piercing smashes, only to watch his opponent reel off four straight points and earn game point at 20-19.

Then came the point of the match and arguably the finals, with Vittinghus desperately trying to retrieve a drive to the back court by Lee (BWF home page), the only shot which the energetic player had as an option was a reverse ‘tweener’ and somehow Vittinghus flicked the shuttle to perfection through his legs – hard and over the head of the on-coming Lee at net for a winner to lock the scores at 20-20.

The crowd erupted at the spectacular shot-making as never-say-die Vittinghus punched the air; Lee looking stunned. Seconds later, the European undid all his sterling work, unbelievably serving into the net and then smashing into the net to gift the game to his Asian nemesis. It was an uphill struggle thereafter, and while Vittinghus displayed the odd flash of brilliance, it was obvious he remained haunted by the manner in which the first game unravelled so disastrously. By contrast, Lee grew in confidence, imposing himself on the match with a savvy blend of defence and attack that drew oohs and aahs from the audience; the occasional blemish showing his strokes still need some refinement before another quest for an elusive BWF World Championship title in August.

Fittingly, the Malaysian clinched the honours with his trademark jump-smash and wrapped himself in his national flag to receive his due reward from Malaysia’s Consul General to New York, Abdul Razak Abdul Wahab, as a fan shouted: “Come back next year, right?”

Lee laughed and waved in appreciation of the large turn-out on his successful return to individual competition, having represented Malaysia in the Vivo BWF Sudirman Cup and the SEA Games since his comeback in May. His last triumph in solo competition was the Yonex Open Japan on 15 June last year. Meanwhile, top-seeded Nozomi Okuhara (above; left) emerged from a quartet of Japanese players who contested the semi-finals to claim the Women’s Singles championship. The blossoming competitor defeated Sayaka Sato 21-16 21-14 in the afternoon’s first showdown. The latter had overcome No.2 seed, Akane Yamaguchi, 22-24 21-11 21-8, on Saturday to book her spot opposite Okuhara who beat Sayaka Takahashi (21-18 21-10) in the semi-finals.

China took home all the doubles titles with 2013 World Junior champions, Li Junhui/Liu Yuchen ousting India’s Manu Attri/ B. Sumeeth Reddy, 21-12 21-16, in Men’s Doubles. The Chinese youngsters rebounded smartly from slow starts in both games to win comfortably, though it took six match points for them to get across the line.

Likewise, there were smooth victories for Yu Yang/Zhong Qianxin (21-14 21-10) in Women’s Doubles versus Japan’s Ayane Kurihara/Naru Shinoya and for Huang Kaixiang/Huang Dongping in Mixed Doubles (below), brushing aside No.2 seeds, Lee Chun Hei/Chau Hoi Wah of Hong Kong, 21-15 21-14 in 36 minutes as all finals finished in two games.