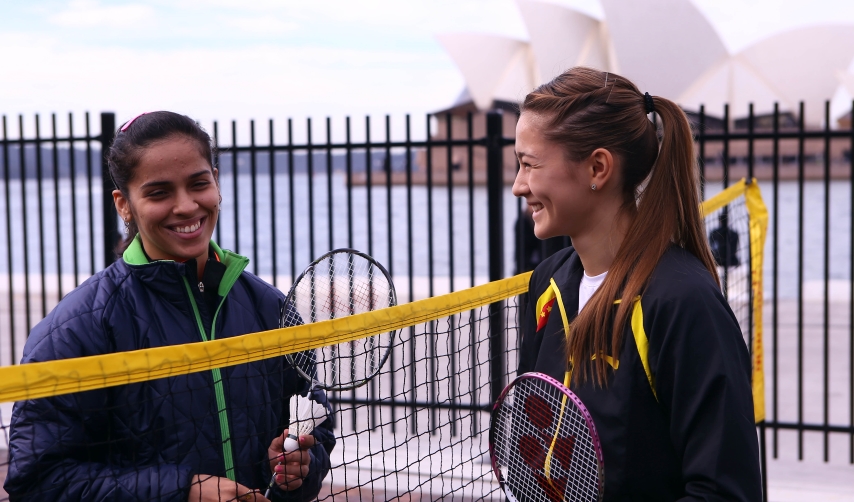 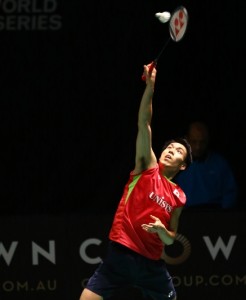 The race to the Dubai World Superseries Finals 2015 resumed today in Sydney with The Star Australian Open.

Following a break of over a month in the MetLife BWF World Superseries, the fifth event in the 12-tournament circuit promises the very best action. Additionally, The Star Australian Open is the first World Superseries event to figure in the race for Olympic qualifying points and has attracted all the big stars.

The Dubai World Superseries Finals is the year-ending showdown to which the top eight players or pairs in each category – ranked according to their performance in the 12 BWF World Superseries tournaments – will be invited. Last year’s champions in Dubai, with the exception of Mixed Doubles pair Zhang Nan/Zhao Yunlei, will be in the reckoning in tomorrow’s first round.

The singles defending champions in Australia – Lin Dan (China) and Saina Nehwal (India) – are seeded second. The Men’s Singles competition could feature another final battle between Lin and World champion Chen Long following their title clashes in the Asian Games and the Malaysia Open Superseries Premier. However, with a host of other contenders in the fray, the possibility of the two Chinese meeting in the final is far from certain.

Chen might have to grapple with the likes of Hu Yun (Hong Kong) in the second round, 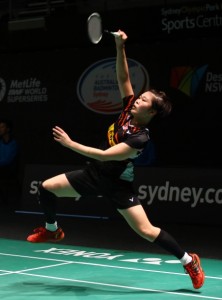 Such is the depth of the draw that several first-round clashes are potential show-stealers: Wang Yihan against India’s PV Sindhu; Michelle Li against Okuhara and Tai Tzu Ying versus Korea’s Bae Yeon Ju. Li’s spectacular upset of Marin in the BWF Sudirman Cup recently makes her a potential threat to the big names, if she can get past the tenacious Okuhara.

The significant news in Men’s Doubles is the appearance of World champions Ko Sung Hyun/Shin Baek Choel (Korea) for the first time this year. They will not have the luxury of an easy entrance, facing No.2 seeds Mohammad Ahsan/Hendra Setiawan first up. If the Indonesians get through, they should be able to make the final barring a major surprise. Among those capable of derailing them are Korea’s Kim Gi Jung/Kim Sa Rang; last year’s runners-up Lee Sheng Mu/Tsai Chia Hsin (Chinese Taipei), and Japan’s Takeshi Kamura/Keigo Sonoda. Malaysia’s Koo Kien Keat/Tan Boon Heong, on a comeback trail, have qualified and will take on Japan’s Kamura/Sonoda in the first round. Defending champions Lee Yong Dae/Yoo Yeon Seong (Korea) will be aiming to make the final from the top half, which has a few interesting first-round matches lined up. Japan’s Hiroyuki Endo/Kenichi Hayakawa have their chance at revenge against Russia’s Vladimir Ivanov/Ivan Sozonov after falling to them at the Vivo BWF Sudirman Cup. China have paired veteran Cai Yun with Kang Jun and Liu Cheng with Lu Kai.

Having resolved a sponsor conflict with their national federation, Denmark’s top Women’s Doubles and Mixed Doubles pairs are back on track. Christinna Pedersen/Kamilla Rytter Juhl, seeded No.2, have a good chance of making the semi-finals where China’s Ma Jin/Tang Yuanting might await them. China have an experimental combination, Tian Qing/Tang Jinhua, in the top half alongside Japan’s Misaki Matsutomo/Ayaka Takahashi (1), Netherlands’ Eefje Muskens/Selena Piek (8) and Indonesia’s Greysia Polii/Nitya Krishinda Maheswari (4). 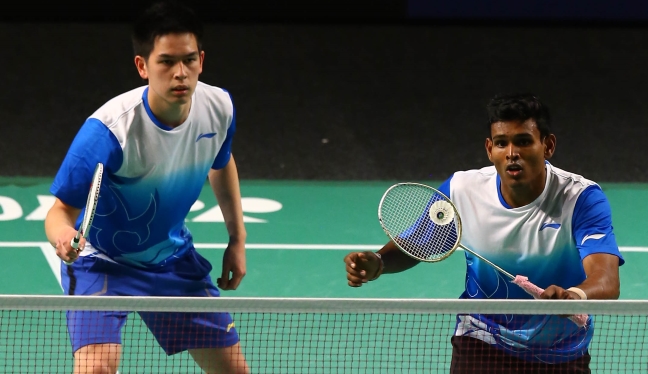 Defending Mixed Doubles champions Ko Sung Hyun/Kim Ha Na (Korea) were all at sea during the recent Sudirman Cup. They will expect to be tested in their opener against Kenichi Hayakawa/Misaki Matsutomo (Japan). Last year’s runners-up Michael Fuchs/Birgit Michels (Germany) might run into Joachim Fischer Nielsen/Christinna Pedersen in the second round. These two pairs apart, Europe has a number of strong duos in the draw, including Chris Adcock/Gabrielle Adcock (England), Ronan Labar/Emilie Lefel (France) and Jacco Arends/Selena Piek (Netherlands). Wild cards Sawan Serasinghe/Setyana Mapasa (Australia) will have a tough start versus the Adcocks in the first round. 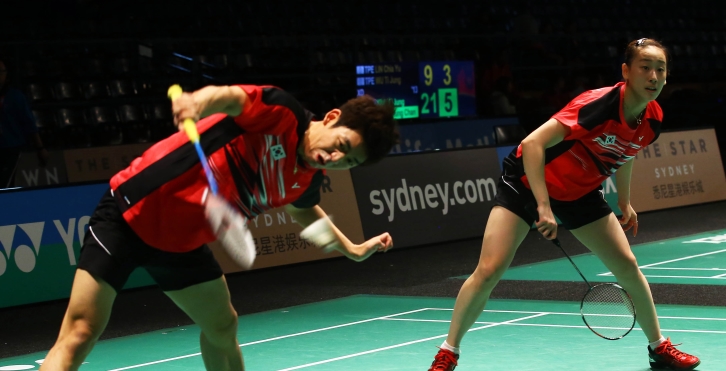