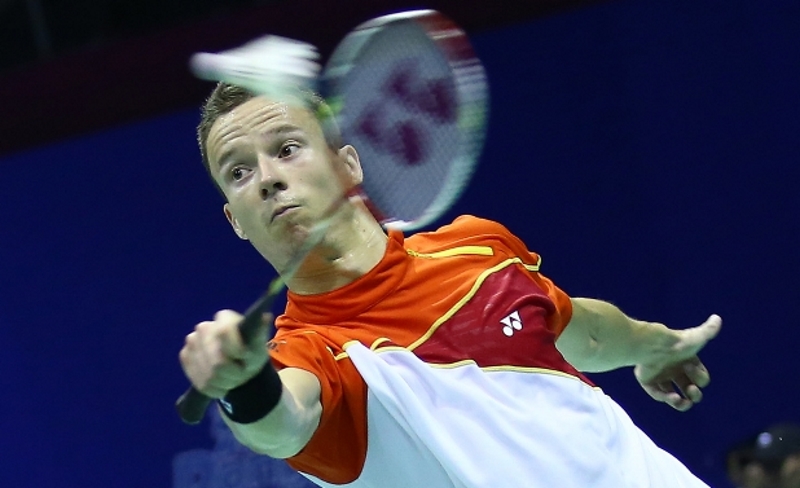 Singapore climbed out of a hole in their group match against Spain on the opening day of the Vivo BWF Sudirman Cup.

The 14th edition of the tournament opened to a full-throated reception from a packed arena at the Nissan Sports Center, Dongguan. When China’s pair of Xu Chen/Ma Jin won the first point in their Mixed Doubles opener against Germany’s Michael Fuchs/Birgit Michels in sub-group 1A, a thunderous ovation followed, giving a glimpse of what is likely to unfold over the next week.

The opening session had a few exciting contests. Singapore, who finished ninth in the last edition of the Sudirman Cup, were 0-2 down but kept their nerve to win the three remaining matches against Spain. China had it easy against Germany (5-0) in sub-group 1A, while Israel and Japan navigated past opponents Kazakhstan (3-2) and Russia (4-1) in sub-groups 4B and 1B respectively. Netherlands recovered from 0-1 down to beat Canada 3-2 in sub-group 2A.

The Singapore-Spain contest was the closest of the first session. Pablo Abian gave Spain the lead with a surprisingly one-sided result over Derek Wong in the first Men’s Singles encounter, 21-18 21-11. Women’s Singles World champion Carolina Marin wasted no time in making it 2-0 with a 21-9 21-17 result over Yeo Jia Min.

Although Hendra Wijaya and Terry Hee rescued Singapore in the Men’s Doubles over Pablo Abian and Luis Enrique Penalver (21-15 21-11), Spain had their chances in the Women’s Doubles. Clara Azurmendi and Carolina Marin had a second game point against Elaine Chua/Tan Wei Han but failed to capitalise and Singapore were level at 2-2.

“I was very surprised, to be honest,” said Triyachart.

“I never expected that we would be 0-2 down. I was feeling the pressure. Still, I was confident in my team that we could overcome that situation. It was a good win in the Women’s Doubles for our junior team.”

Another exciting contest was between Netherlands and Canada. Alex Bruce/Toby Ng gave Canada the lead in Mixed Doubles over Jorrit de Ruiter (featured image)/Samantha Barning, but Mark Caljouw won a close three-game match over Andrew D’Souza (Men’s Singles) and Jacco Arends/Jelle Maas made it 2-1 for the Dutch in Men’s Doubles. 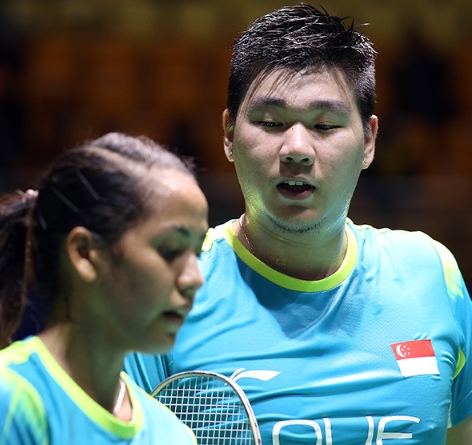 Misha Zilberman (top) led Israel to a 3-2 win over Kazakhstan. Zilberman won his Men’s Singles against Artur Niyazov 21-11 21-12 and then partnered Ariel Shainski to victory over Khaitmurat Kulmatov and Artur Niyazov, 21-18 21-18, to make it 3-1 for Israel.

There is a chance that Misha might partner his mother Svetlana Zilberman, 57, later this week. With Sunday being his mother’s birthday – incidentally, also Mother’s Day – Misha paused to speak of his mother’s contributions to his game and personality.

“We might celebrate this evening. She has taught me everything. Every day she teaches me about how I should go about my life. As a mother and as a coach her advice is very important. I’m happy she is my coach. I picked up the game when I was three years old from my parents. My father was a gymnast before he took up badminton.

“Sometimes we talk badminton at home. It’s not always good to keep talking about it on court and off court, so we try to make it different at home.” 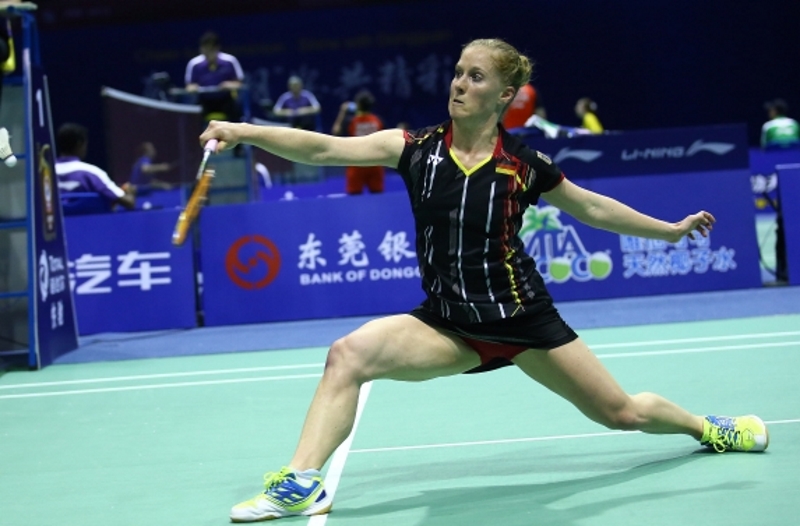 Meanwhile, favourites China were never in a spot of bother against Germany, winning their five matches without dropping a game. Xu Chen/Ma Jin won the opening Mixed Doubles over Michael Fuchs/Birgit Michels 21-16 22-20; Lin Dan made it 2-0 in Men’s Singles over Marc Zwiebler, and Chai Biao/Hong Wei sealed the tie in Men’s Doubles when Michael Fuchs/Johannes Schoettler retired with the Chinese leading 13-10 in the first game.

Karin Schnaase (above) resisted Li Xuerui for a while before capitulating (Women’s Singles), before Tang Yuanting/Yu Yang swept the tie for China over Isabel Herttrich/Birgit Michels, 21-14 21-14 in Women’s Doubles.

Japan, the other title favourite, had a brief hiccup when Hiroyuki Endo/Kenichi Hayakawa fell to Russia’s Vladimir Ivanov/Ivan Sozonov in 41 minutes in the opening Men’s Doubles, 21-19 21-12, but Akane Yamaguchi brought things level by beating Natalia Perminova (Women’s Singles). Kento Momota made it 2-1 over Vladimir Malkov, before Misaki Matsutomo/Ayaka Takahashi (Women’s Doubles) clinched the tie for Japan over Ekaterina Bolotova/Evgeniya Kosetskaya 21-9 21-10.