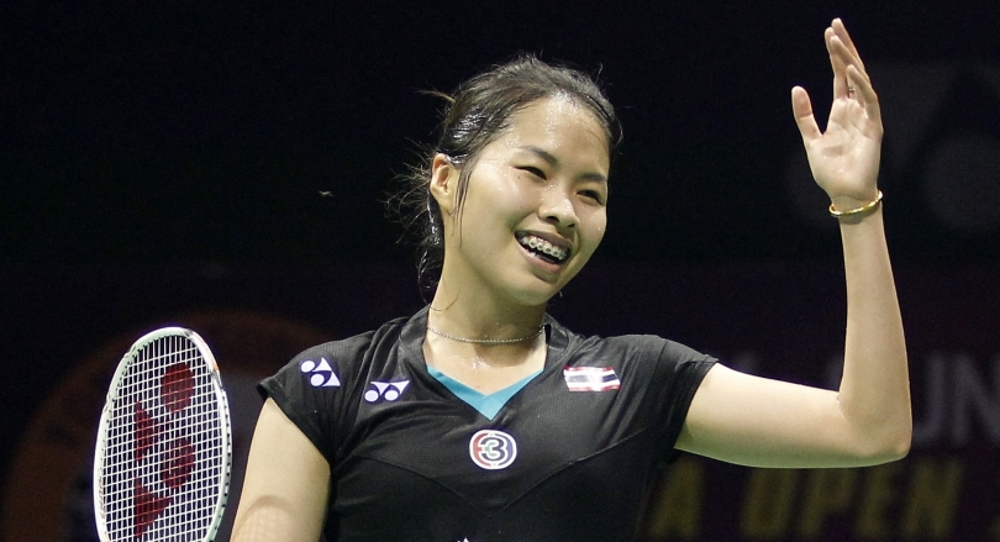 Ratchanok Intanon achieved one of her career’s finest victories with a title triumph in the Dong Feng Citroen Badminton Asia Championships 2015 today. It was Intanon’s first title since winning the BWF World Championships 2013, which was, incidentally, over Li Xuerui. Since then, Intanon (featured image) has only once beaten any of the top three Chinese. The Thai hadn’t even taken a game off Li Xuerui in their last three meetings.

After a close first game, Li appeared poised to win the match at 20-19 in the second. Intanon however dug in and once she edged past Li, the Chinese top seed’s game rapidly fell apart in the third, giving Intanon the title.

Korea’s Lee Yong Dae/Yoo Yeon Seong (below) avenged their recent losses to Indonesia’s Mohammad Ahsan/Hendra Setiawan in the Men’s Doubles final. The Indonesians had a golden opportunity to close out the match in the second game with a 20-18 lead, but the Koreans edged past them 18-21 24-22 21-19 after overcoming a deficit of 16-19 in the third game.

In the Women’s Doubles final, two-time champions Yu Yang/Wang Xiaoli (China) were surprised by Ma Jin/Tang Yuanting (below). The No.4 seeds weren’t given any opportunities to showcase their strengths, as they went down 21-12 21-12.