and Kento Momota setting up the title clash.

Other categories too threw up the possibility of new champions, following some unexpected semi-final results.

Hong Kong’s Hu Yun earned his place in the final of a World Superseries for the third time with a come-from-behind win over India’s Kashyap Parupalli. It was Hu’s third straight win from a game down. Parupalli was ahead through most of the first game with leads of 12-4 and 15-7 but Hu steadily chipped away and caught up at 20. Nevertheless, the Indian clinched the last two points for the first game. 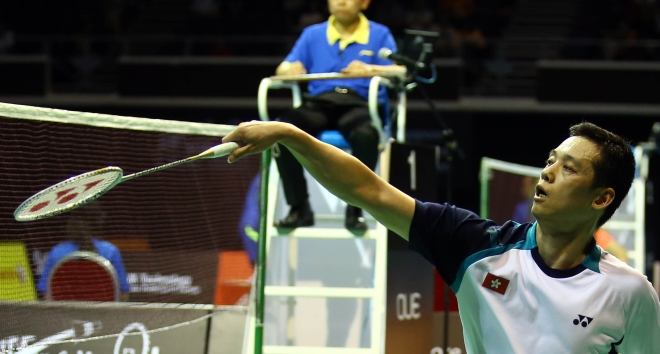 Japan’s Momota, on the other hand, had it relatively easy over defending champion Simon Santoso of Indonesia, 21-10 21-13, to make his first World Superseries final. 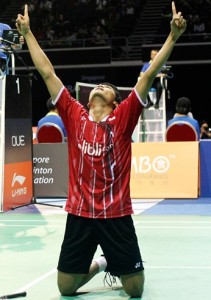 Like Momota, China’s Sun Yu will be in her first World Superseries final. The 21-year-old finally emerged out of the shadows of her more accomplished senior compatriots by beating Wang Shixian in a marathon semi-final, 21-14 11-21 21-19. Wang had a 15-12 lead in the third but Sun overhauled her from 17-all and closed out the match in 72 minutes.

Japan’s Hiroyuki Endo/Kenichi Hayakawa’s jinx in winning a World Superseries title continued as they fell in the Men’s Doubles semi-finals to Indonesia’s Angga Pratama/Ricky Karanda Suwardi. The third seeds did well to fight off a deficit in the second game and take it, but their challenge melted after being on equal terms for most of the third: 21-17 20-22 21-17.

In the other semi-final, China’s Zhang Nan/Fu Haifeng snuffed out the ambitions of recent Malaysia Open champions Mohammad Ahsan/Hendra Setiawan, 18-21 21-8 21-17. 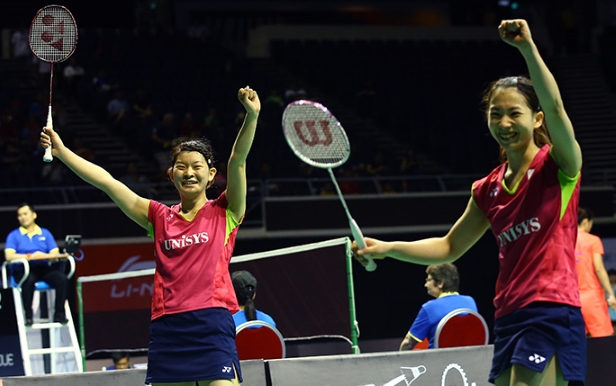 Women’s Doubles veterans Yu Yang/Wang Xiaoli were beaten for the first time in four encounters against Japan’s Misaki Matsutomo/Ayaka Takahashi. The top seeded Japanese rode a strong challenge from their opponents in the second game before cruising through in the end, 11-21 21-19 21-11. They will face another Chinese pair, Ou Dongni/Yu Xiaohan, who are also in the running for a first World Superseries title. The young Chinese prevented an all-Japan final by beating No.2 seeds Miyuki Maeda/Reika Kakiiwa 21-18 22-20. 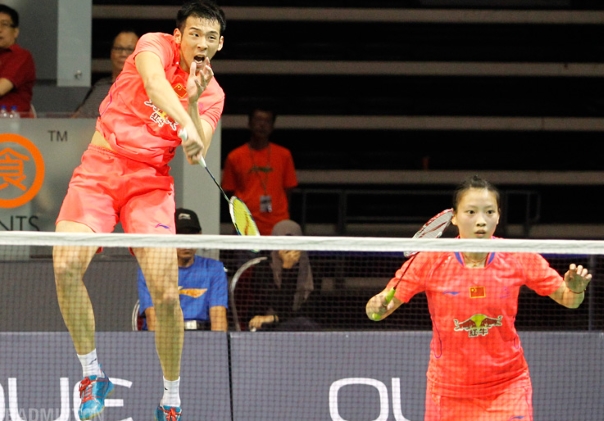 Mixed Doubles top seeds Zhang Nan/Zhao Yunlei, who are on a red-hot winning streak, gave themselves a shot at their third World Superseries title this year by beating Indonesia’s Tontowi Ahmad/Liliyana Natsir 21-16 24-22. There was a surprise in store in the other semi-final, with young guns Lu Kai/Huang Yaqiong (China) prevailing over senior compatriots Xu Chen/Ma Jin 21-17 22-20.