The twin Indian victories at the recent Yonex-Sunrise India Open were extraordinary moments for badminton in general and India in particular. 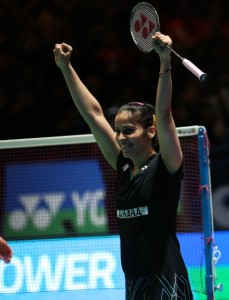 Yonex-Sunrise India Open, it reflected India’s rapid progress in the sport. Until recently a country with a few journeymen in the top 100 of the BWF World Rankings, India has made a sensational shift in producing world-beaters.

Eight years ago, it would have seemed improbable that India would ever produce a World Superseries champion. However, under the leadership of Badminton Association of India, the country today not only has the Women’s Singles world No.1, but also a line-up of singles players hungry for and capable of winning titles at the highest level.

Several factors have contributed to the phenomenon. Pullela Gopichand’s All England victory of 2001, broadcast live on television, caught the attention of a young generation of Indians. Not long thereafter, the Badminton Association of India, together with the Badminton World Federation, started bringing big events to India such as the Badminton Asia Championships (2005) and the India Open Grand Prix Gold (2008). Supported extensively by several partners, but especially by equipment sponsor Yonex-Sunrise, these events treated local fans to some of the world’s best badminton action and players – live and direct. Apart from loyally sponsoring the India Open since its debut in 2008 as a Grand Prix Gold event, Yonex-Sunrise has also contributed to the growth and development of the sport in India by sponsoring players, academies and events.

“What’s transpired in Indian badminton over recent years is a great example of how one sport can capture a country’s imagination and how vital support can help it to flourish and for that sponsors like Yonex-Sunrise – which now title-sponsors the India Open – must be highly commended,” said BWF Secretary General, Thomas Lund. 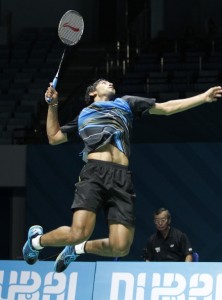 It’s such initiatives which ultimately paid rich dividends two Sundays ago with Nehwal and Srikanth’s victories, a rare instance of two non-Chinese home players winning World Superseries titles. For Nehwal, a burden was removed from her back as she had never performed to her satisfaction – or indeed to her potential – in her country’s biggest tournament. Srikanth’s triumph heightened speculation that he is among the next generation of superstars in Men’s Singles while proving his China Open win last year was not a one-off wonder.

Indeed, his success suggested that he could well be ready to challenge China’s Chen Long for the top spot in the BWF World Rankings – something he is not afraid to acknowledge.

“I’ve always carried it in my mind and it’s good to have that ambition to be on top,” he noted.

“I won’t get it this week but if I carry on playing well, definitely one day I will be there.”